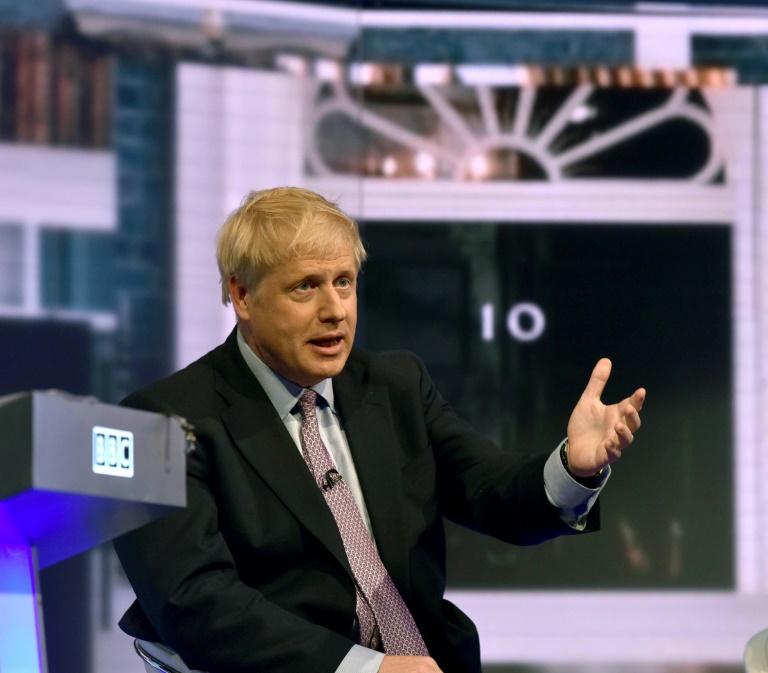 The battle to make the two-man shortlist to become Britain’s prime minister, which will almost certainly include Boris Johnson, heats up on Wednesday when another contender will be eliminated.

After a fractious TV debate, in which Brexit figurehead Johnson managed to avoid any trademark gaffes and emerged largely unscathed after an onslaught from his four remaining rivals, the Conservative Party’s 313 MPS will vote once again to remove the candidate with the least support.

The former foreign minister grabbed more votes than his three nearest challengers combined in Tuesday’s second-round, and the only question appears to be who will eventually join him in the final two to face the party’s 160,000 members.

Johnson had ducked out of the first TV debate on Sunday and has carefully stage-managed his media engagements in a contest that remains his to lose.

He cast himself Tuesday as the one politician able to bring Britain successfully out of the European Union and therefore deliver the Brexit that UK voters called for three years ago.

“We must come out on October 31 because otherwise I’m afraid we face a catastrophic loss of confidence in politics,” said Johnson in the hour-long BBC question-and-answer session with voters.

“I think the British people are thoroughly fed up.”

But neither he nor the others raised their hands when asked by the BBC to do so if they could “guarantee” that Brexit will happen by October 31.

Tuesday’s debate did little to alter a growing sense that Johnson would need to make an error of monumental proportions not to win at this stage.

“Still the clear front-runner, still almost certainly the next PM,” it wrote.

Johnson picked up 126 of the 313 Conservative MPs’ votes cast Tuesday.

International development minister Rory Stewart continued his against-the-odds challenge by nearly doubling his support base to 37.

Interior minister Sajid Javid scraped through with exactly the 33 required to make the third round.

Britain is frantically searching for a leader after Prime Minister Theresa May stepped down last month over her repeated failure to deliver Brexit on time.

Her successor will be saddled with both resolving Britain’s deepest political crisis in generations and setting the terms of how it deals with the rest of Europe for decades to come.

An additional two rounds of voting will whittle the list of contenders down to just two on Thursday.

The finalists will face the ruling party’s grassroots members in a vote next month to decide who wins.

Johnson’s lead is so substantial that some UK media say the others are simply fighting for a good spot in his future government.

Stewart fired the most direct barbs at Johnson on Tuesday by arguing that “no-deal is not a credible threat”.

Both Hunt and Gove repeated that a further delay may be required if a Brexit deal was within reach.

“If we were nearly there, then I would take a bit longer,” Hunt said.

But Javid said it was “fundamental” to get out by the new deadline no matter what.

Johnson has warned throughout that he is prepared to take Britain out of the European Union without an agreement — as long as it is done by the October 31 deadline.

But he has also called this tough talk a negotiating tactic designed to scare Brussels and force it to compromise on the nagging issue of the Irish border.

EU leaders have long ruled out re-opening the binding part of the agreement they all signed with May last year.

Only Stewart is openly trying to salvage May’s pact in the hope of pushing it through Britain’s splintered parliament at the fourth attempt.

The Daily Telegraph suggested that Stewart and Johnson had moved closer to a face-to-face showdown “after emerging as the big winners” from Tuesday’s vote and debate.

Image: BBC/AFP / JEFF OVERS Brexit figurehead Boris Johnson has carefully stage-managed his media engagements in a leadership contest that remains his to lose