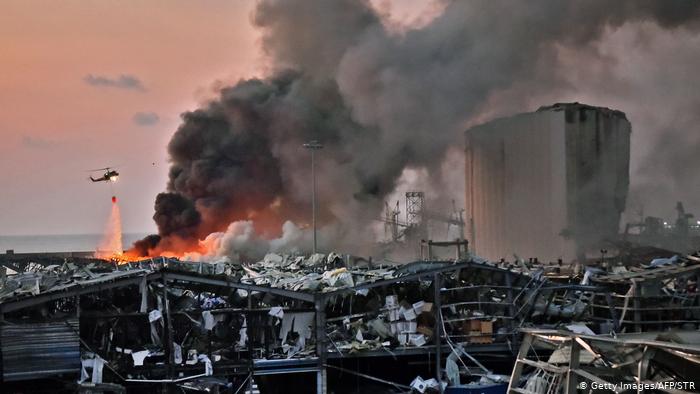 More than 200 people lost their lives in the massive explosion in the Lebanese capital, Beirut, on August 4, 2020.

More than 6,000 others were injured and 300,000 lost their homes. The damages were enormous and rebuilding efforts are sluggish. According to the World Bank, between $1.8 and $2.2 billion (€1.5 billion and €1.8 billion) will be needed  just for the most essential work.

The blast came at a terrible time for the country. Lebanon hit economic rock bottom before the blast, and then came the coronavirus pandemic. It’s feared that the country will have to default again on its international obligations.

What stage is the investigation at?

According to the NGO Human Rights Watch, the Lebanese authorities have been negligent in their investigation of the causes of the catastrophic explosion at Beirut’s port in August. Over the six months since then, they have continued to keep the public in the dark and have been anything but forthcoming with regard to details or specifics on their current investigation. This comes despite that fact that numerous documents have surfaced proving that high-ranking Lebanese politicians and security officials knew for years that large amounts of ammonium nitrate was being stored at the port.

A total of 2,750 metric tons (3,031 US tons)  of unsecured ammonium nitrate were in storage at the Beirut port. According to security officials, Lebanon’s president Michel Aoun and the then-Prime Minister Hassan Diab were well aware of this, and as early as July of last year.  They were also aware of how dangerous ammonium nitrate was and what the consequences of an explosion would be. Despite this, the chemicals remained on site. 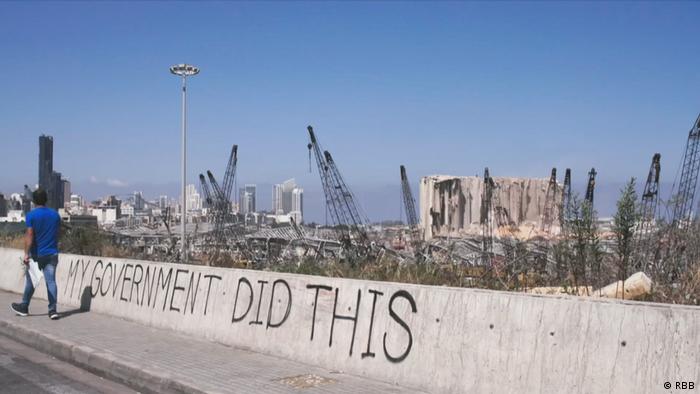 Fadi Sawan, the judge in charge of the investigation, has indicted 37 people so far. Most of them are customs, port services and security officials. According to their family members and lawyers, the state has yet to issue formal charges or present the evidence against them.

In mid-December, Sawan charged Lebanon’s caretaker Prime Minister Diab and three former ministers with negligence, but the high-ranking officials refused to cooperate with investigators. The proceedings thus ground to a halt on December 17 and were expected to resume at the beginning of the year. But the latest coronavirus lockdown has now postponed things further. Now many in Lebanon are calling for an international inquiry into the blast, saying they have little faith in the country’s justice system and politicians, who they believe have little interest in getting to the bottom of things.

Were all the dangerous chemicals completely removed?

This is a question two German companies are trying to answer. They were hired by Lebanese customs officials to determine the contents of 52 containers that were still on site after the blast occurred. In January, they determined that large amounts of toxic and highly flammable materials were being stored on site, without the necessary security precautions.

Michael Wentler, the head of the Höppner Environmental Protection Consultancy in the northern German state of Lower Saxony, told the German news agency DPA that chemicals had already eaten through some of the canisters and containers and leaked out. He said the chemicals could have caused another explosion had they accidentally mixed with one another.

The environmental damage is already significant as well. That’s why Wentler has been partnering with the Bremen-based logistics and transportation company Combi Lift to recover and dispose of the 52 containers.  The containers have since been packed up and are ready for shipping to Germany, according to a recent tweet by Germany’s ambassador to Lebanon.

A first task in the Port of Beirut has been completed. The 🇩🇪 company #CombiLift has treated 52 containers of hazardous and dangerous chemical material that had been accumulated over decades and were a threat to the people in #Beirut.

They stand ready to be shipped to 🇩🇪. pic.twitter.com/biQhcT2wqK

Who is in charge these days?

Shortly after the devastating blast last August, the entire Lebanese government bowed to public pressure and resigned. Prime Minister Diab had taken office only in January 2020 after months of deadlock. He succeeded Saad Hariri, who resigned in October of 2019 after just three years at the helm. Diab’s designated successor, Mustafa Adib, also threw in the towel at the end of September in what many saw as an internal power struggle while attempting to form a new government. 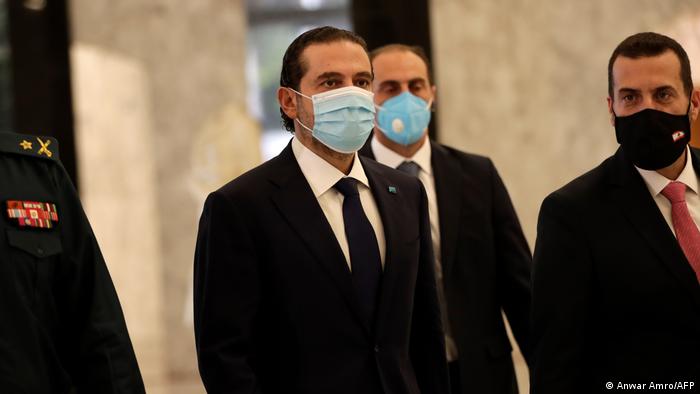 Ex-PM Saad Hariri is meant to be the next premier, too — but has so far failed to put together a Cabinet

To make things more confusing, the country’s former prime minister is now meant to become Lebanon’s next prime minister. President Michel Aoun in October named Hariri to the post of premier and has ordered him to form a new government. So far, however, he’s been unsuccessful.

Compounding the problems is the fact that because of rampant corruption and mismanagement, few people have faith in the old political elite in the country, to which Hariri firmly belongs.