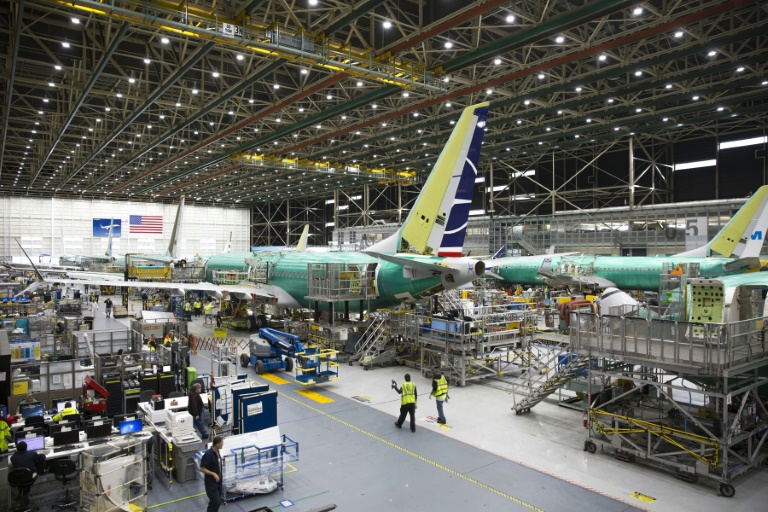 Boeing acknowledged Saturday it had to correct flaws in its 737 MAX flight simulator software used to train pilots, after two deadly crashes involving the aircraft that killed 346 people.

“Boeing has made corrections to the 737 MAX simulator software and has provided additional information to device operators to ensure that the simulator experience is representative across different flight conditions,” it said in a statement.

The company did not indicate when it first became aware of the problem, and whether it informed regulators.

Its statement marked the first time Boeing acknowledged there was a design flaw in software linked to the 737 MAX, whose MCAS anti-stall software has been blamed in large part for the Ethiopian Airlines tragedy.

According to Boeing, the flight simulator software was incapable of reproducing certain flight conditions similar to those at the time of the Ethiopian Airlines crash in March or the Lion Air crash in October.

The company said the latest “changes will improve the simulation of force loads on the manual trim wheel,” a rarely used manual wheel to control the plane’s angle.

“Boeing is working closely with the device manufacturers and regulators on these changes and improvements, and to ensure that customer training is not disrupted,” it added.

Southwest Airlines, a major 737 MAX customer with 34 of the aircraft in its fleet, told AFP it expected to receive the first simulator “late this year.”

American Airlines, which has 24 of the aircraft, said it had ordered a 737 MAX simulator that will be delivered and put into operation in December.

“As a result of the continuing investigation into both aircraft accidents, we are looking at the potential for additional training opportunities in coordination with the FAA (Federal Aviation Administration) and Allied Pilots Association,” it added.

The planes have been grounded around the world, awaiting approval from US and international regulators before they can return to service.

Currently, there is only one flight simulator specific to the 737 MAX in the United States, and it is owned by Boeing, according to FAA documentation.

US airlines train their pilots flying the MAX on a simulator built for the 737 NG, the version preceding the 737 MAX in the 737 aircraft family.

Southwest said that’s because during the certification process for the MAX, Boeing stressed that there were only minor differences with the NG and simple computer and online training could accommodate for the differences.

However, the 737 NG lacks an MCAS, specially designed for the MAX in order to correct an aerodynamic anomaly due to its heavier motor and to prevent the plane from stalling.

Pilot training will likely be at the heart of the meeting of international regulators in Forth Worth, Texas on Thursday when the FAA will try convince its counterparts of the robustness of its certification process for the modified 737 MAX.

The American regulator has maintained that training pilots on a simulator is not essential, a position with which pilots and its Canadian counterpart disagree.

Boeing said Thursday that it completed its software update on the 737 MAX.

The proposed fix, which addresses a problem with a flight handling system thought to be a factor in both crashes, must now win approval from US and international regulators before the planes can return to service.

US airlines have targeted August as the date they expect to resume flying on the 737 MAX.

Image: AFP/File / Jason Redmond Boeing has acknowledged for the first time that there was a design flaw in software linked to the 737 MAX

Boeing plane skids into Florida river in crash-landing, no fatalities