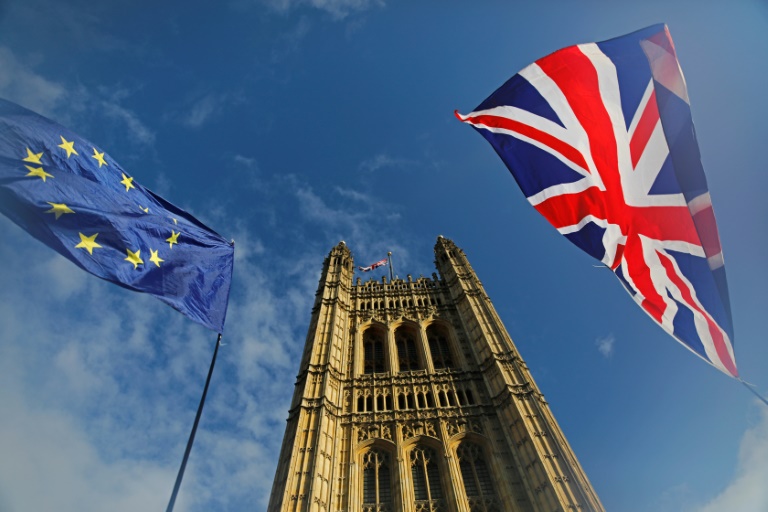 British MPs gather Saturday for a historic vote on Prime Minister Boris Johnson’s Brexit deal — a decision that could see the UK leave the EU this month or plunge the country into fresh uncertainty.

The House of Commons is holding its first Saturday sitting since the 1982 Falklands War to debate the terms of a divorce agreement Johnson struck with European Union leaders Thursday.

Opposition parties and Johnson’s own Northern Irish allies have rejected the text but the prime minister and his team have spent the past 48 hours frantically trying to win MPs’ support.

The vote is widely seen as too close to call but Johnson warned his deal was still the best way out of the tortuous Brexit process that has left Britain in political turmoil since 2016.

“There is no better outcome than the one I’m advocating,” he told the BBC on Friday evening, calling it a “fantastic deal for all of the UK”.

Securing a deal was a personal victory for Johnson, a “Vote Leave” leader in the referendum campaign who has vowed to deliver Brexit on October 31 in all circumstances.

But parliament — like the frustrated public — is still divided over how and even if Britain should end 46 years of integration with its closest neighbors.

The debate starts from 0830 GMT and coincides with a mass demonstration to parliament demanding a “People’s Vote”, with an option to reverse Brexit.

If the deal passes, Johnson is expected to introduce legislation on Monday to ratify the text, which must be pushed through before the end of the month.

Defeat would trigger a law requiring him to ask EU leaders to delay Brexit for what would be the third time. He has said he would “rather be dead in a ditch” than do so.

Johnson took office in July after his predecessor Theresa May failed to get her own divorce deal through parliament.

He insists that Brexit must happen this month to end to uncertainty that has weighed on the economy and dominated political and public debate.

But his political situation is more fragile than May’s, after he expelled 21 of his own Conservative MPs who refused to accept his threat to leave the EU with no deal.

Businesses and markets on both sides of the Channel fear a disorderly exit, and EU leaders have twice delayed Brexit already to avoid such an outcome.

Some of the Tory rebels are supporting an amendment on Saturday asking MPs to back the deal only on condition that it is ratified before Britain leaves the EU.

Johnson could also face opposition from eurosceptics who fear his deal will not fulfil their dreams of abolishing decades of EU rules and regulations from British life.

Northern Ireland’s Democratic Unionist Party, which props up Johnson’s minority government, will vote against it because of its arrangements for the British province.

The main opposition Labor party meanwhile warns the deal could lead to only a loose trading relationship with the EU after Brexit, which could damage the economy and lower environmental and labor standards.

EU leaders in Brussels this week urged lawmakers to back the deal, to allow both sides to move on to discussing their future relationship.

“This deal means there is no need for any kind of prolongation,” European Commission President Jean-Claude Juncker said.

Rejecting the deal would create an “extremely complicated situation”, he added.

The deal covers Britain’s financial settlement, protects the rights of EU citizens and sets out a post-Brexit transition period potentially until 2022 to allow both sides to agree new trade terms.

The most controversial element relates to arrangements to keep open the border between British Northern Ireland and EU member Ireland.

The previous “backstop” plan, which could have kept Britain in the EU’s customs union potentially indefinitely, has been replaced by a new system that will allow London to strike its own trade deals.

But there would be new checks on trade between Northern Ireland and mainland Britain, to the outrage of the DUP.

Image: AFP / Tolga AKMEN A historic vote Saturday at the House of Commons could see the United Kingdom leave the European Union this month

EU and UK close in on possible Brexit text