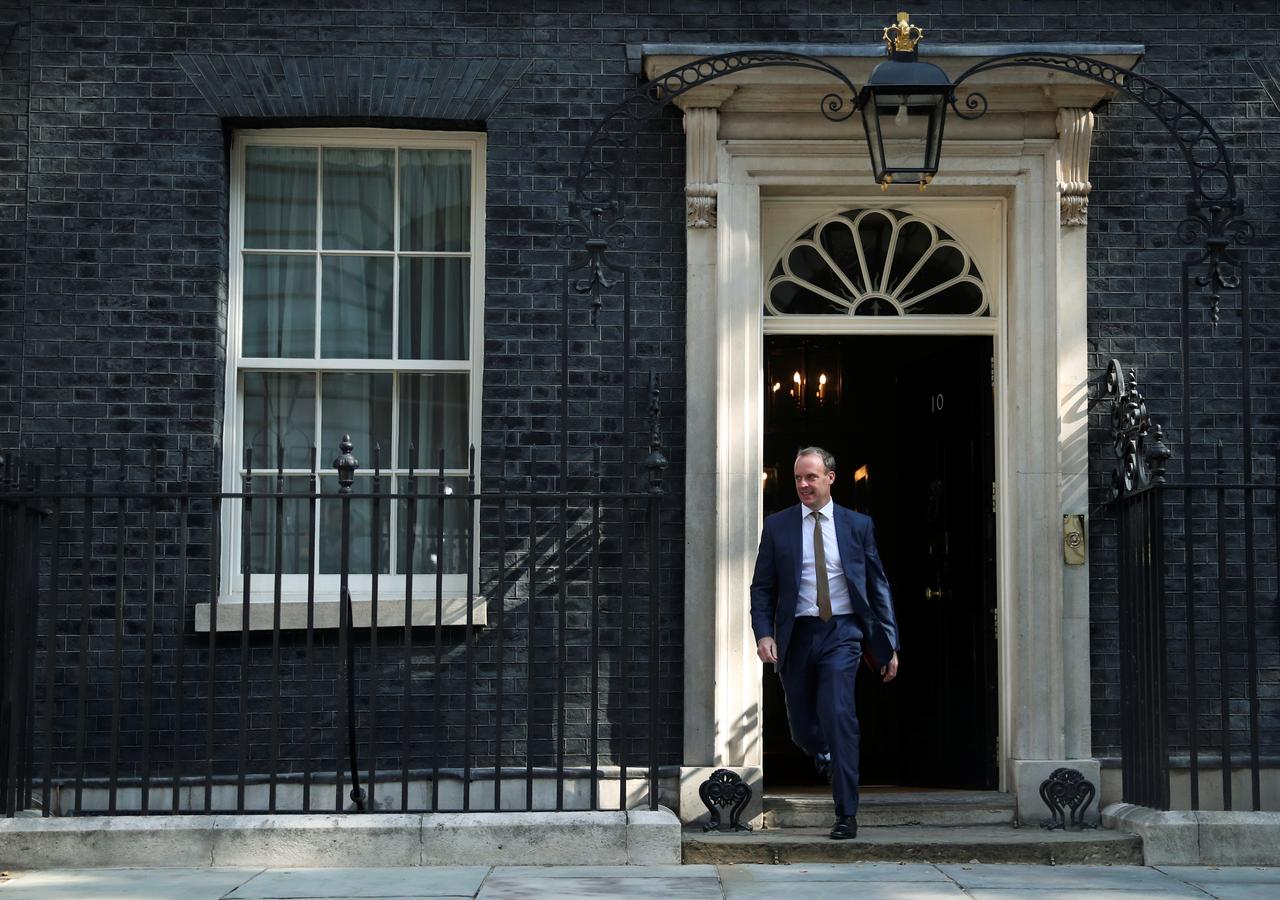 LONDON (Reuters) – Britain is turbo-charging its no-deal Brexit preparations and will be ready to leave the European Union with or without a deal on Oct. 31, Foreign Secretary Dominic Raab said on Monday.

Raab, an avowed Brexiteer, said the “undemocratic” Irish backstop had to go from the Withdrawal Agreement.

“We want a good deal with EU partners and friends but that must involve the abolition of the undemocratic backstop,” Raab told the BBC. “What the prime minister has instructed and the cabinet has accepted is a turbo-charging of those preparations.”

Ministers said on Sunday the government assumed the EU will not renegotiate the Brexit deal that it agreed with former prime minister Theresa May but which is opposed by her successor Boris Johnson, and was ramping up preparations to leave the bloc on Oct. 31 without an agreement.

Conservative lawmaker Oliver Letwin, who is opposed to leaving the EU without a transition agreement, told BBC radio that lawmakers would seek to stop a no-deal Brexit but that it was not clear whether parliament could prevent such a scenario.

“I am accepting that we may well not be able to (stop a no-deal Brexit),” he said.

“Nobody can tell whether we will be able to get a majority in parliament for some way of doing something other than having a no-deal exit at the last minute, if it turns out that this government hasn’t got a deal,” Letwin said.