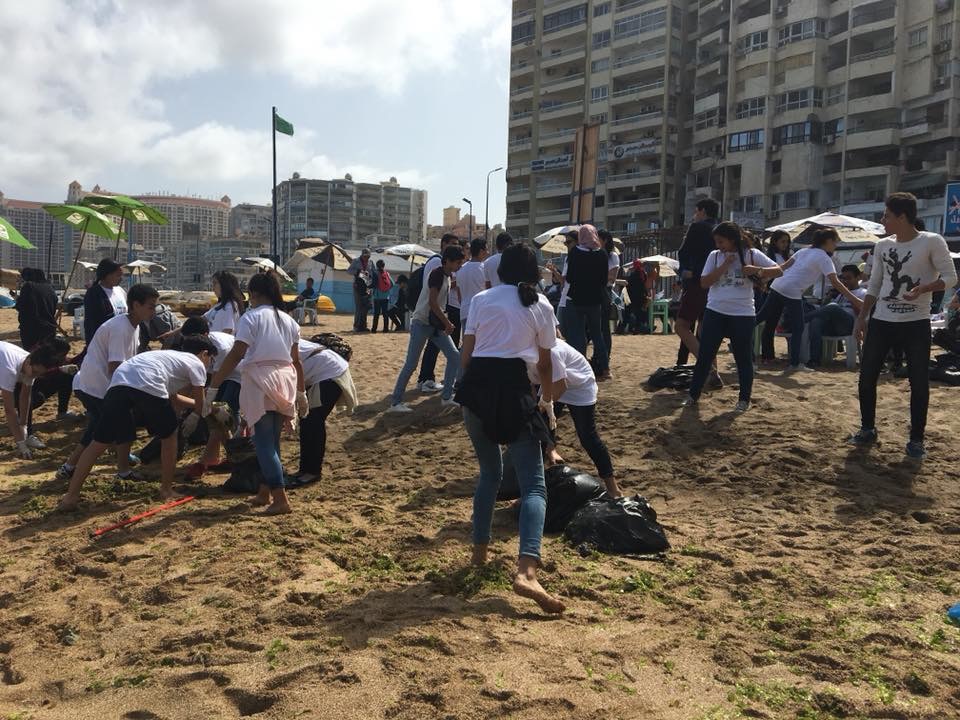 Celebrating World Earth Day, the British Consulate General in Alexandria led a project as part of the British Embassy’s ‘Inspire Egypt’ initiative to support and sponsor the efforts of the Alexandria Turtle and Wildlife Rescue Team to clean up the beach of Thaghr City.

According to a press release issued by the British Embassy in Egypt on Tuesday, the initiative brought together 150 volunteers, including members of the British Consulate General staff, school students, NGOs, government employees and local wildlife lovers.

The day’s events included walking race from the Stanley tourist area and Gleem Public Beach, followed by a campaign to clean the beach.  About 90 students of Alexandrian schools and members of the local junior Rotary club took part in the beach clean-up, and around 80 large bags filled with rubbish collected on the beach were taken away.

The initiative aimed also to raise awareness of Earth Day to the participants through workshops and presentations discussing the importance of Earth Day and the impact of global climate change. Beach visitors were introduced to the concept of Earth Day, the importance of recycling and waste sorting, how to minimize waste of energy and water resources, the risks of plastic to marine life, and how to reduce the use of plastic materials, according to the press release.

The day concluded with a prize ceremony to the schoolchildren who took part. Winners were awarded scientific books prizes in the fields of environment, wildlife, and marine life.

“Egypt has some of the world’s most beautiful beaches, and I am delighted to support this community effort to bring this local beach back to its natural beauty,” the British Consul General Wendy Freeman said during the event. “The enthusiasm of the local students and local junior Rotary club have made this possible. We hope that our efforts will encourage younger Egyptians and decision makers to take part in the global effort to raise environmental awareness.”

British Ambassador to Egypt John Casson said: “We all have a responsibility to look after the environment, particularly when it comes to the world’s seas and oceans where the challenge is global.”

Last week, the UK government also announced its intention to ban the sale of plastic straws, drink stirrers and plastic-stemmed cotton buds as part of the fight against plastic pollution.  It is also looking for evidence on how to use the tax system to address single-use plastics waste.