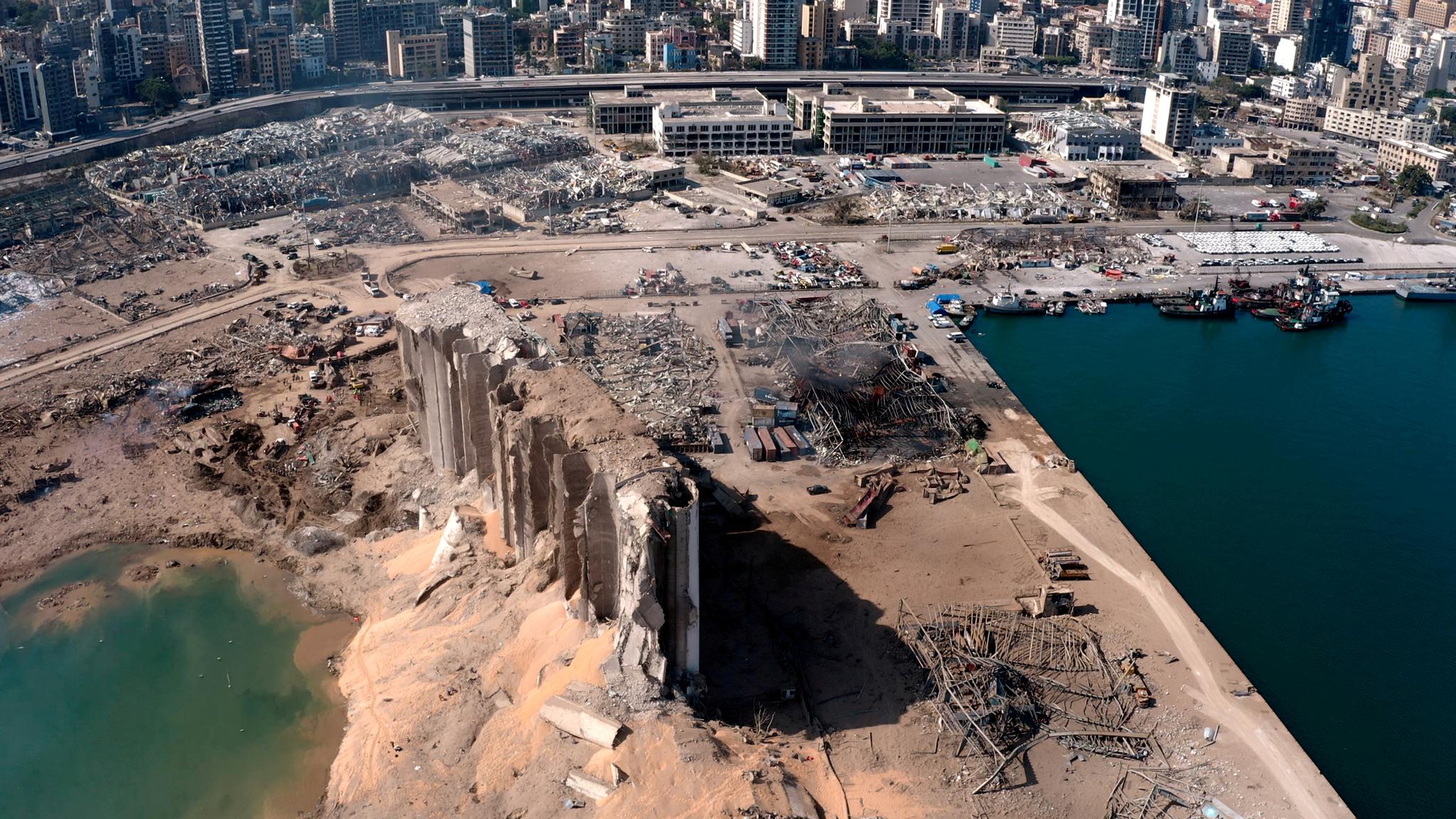 LONDON (Reuters) – Two senior British parliamentarians called on Friday for an investigation into a British-registered company possibly linked to last year’s devastating explosion in Beirut, after Reuters found that the firm had not disclosed its beneficial owners.

The company, Savaro Ltd, is registered at a London address, and like all British firms is required to list who owns it with Britain’s companies register, known as Companies House.

In an e-mail to Reuters this week, the woman listed as Savaro’s owner and sole director at Companies House, Marina Psyllou, told Reuters that she was acting as an agent on behalf of another beneficial owner, whose identity she could not disclose.

“The person who was and has always been the UBO (ultimate beneficial owner) of the company was always the same. As you should be aware, we cannot disclose his name,” she said. She did not say why she could not disclose his identity.

Global corporate governance rules define a UBO as someone who receives the benefits of an entity’s transactions, typically owning a minimum of 25 percent of its capital.

“The UK authorities should investigate this, given inaccurate information appears to have been filed. We need to challenge formation agents where it appears they may have acted improperly.”

John Mann, a member of Britain’s House of Lords who has investigated the use of UK-registered companies in illicit activity, said the case showed the need for stronger enforcement of Britain’s company disclosure rules.

“It is shocking and very damaging to the reputation of the United Kingdom that Companies House and our national system of company registration can be so easily exploited,” he said.

Psyllou, who provides corporate registrations for clients through her own Cyprus company, Interstatus, said in a follow-up e-mail to Reuters on Thursday that her company “strictly complies with legislations and reports to relevant Regulators”.

She also denied this week that Savaro could have been linked to the Lebanon explosion, saying she believed it had never done any business: “As far as we know the company in question, ever since its registration it remained dormant without any trading or other activity or keeping any bank accounts as the project for which it was incorporated was never realized.” She gave no further information about the company’s intended purpose.

A Reuters investigation last year into the Beirut blast that killed 200 people found that the huge shipment of ammonium nitrate fertiliser that exploded in Lebanon had been held in Beirut while en route to Mozambique. The Mozambican buyer, FEM, identified the company it bought it from as Savaro.

A Lebanese source said a sales contract for the fertiliser identified Savaro Ltd, and listed it at the London address where the company was then registered with the UK authorities.

Tracing the shipment could ultimately depend on unravelling exactly who stands behind Savaro, said Ben Cowdock, who investigates international corruption for Transparency International in London.

Under legal changes in 2016 — introduced as part of an anti-corruption campaign by Prime Minister David Cameron — that should be a straightforward matter of looking the information up with Companies House, Cowdock added.

Psyllou’s firm Interstatus has been listed since 2006 as the company secretary for Savaro, responsible for fulfilling its reporting requirements, and another Interstatus company was initially listed as Savaro’s owner.

In July 2016, three months after the Cameron-era rule change requiring companies to list their beneficial owners, Savaro updated its records to name Psyllou herself as the owner.

Lawmakers Hodge and Mann both called on Britain’s business ministry to investigate what they said appeared to be a breach of the disclosure rules. The business ministry declined to comment, saying it does not discuss individual companies.

Additional reporting by Lisa Barrington in Dubai, Ellen Francis in Beirut and Maria Tsvetkova in Moscow; Editing by Peter Graff

The blast that blew away Lebanon's faith in itself