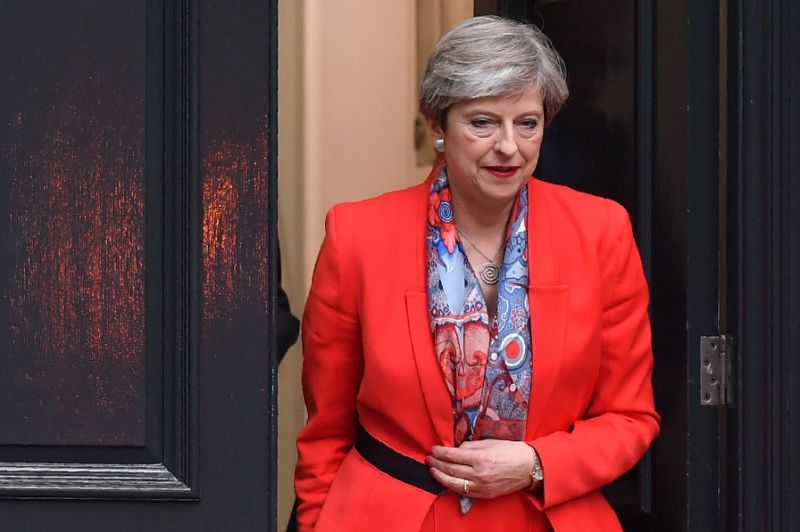 British Prime Minister Theresa May has ordered an investigation into a report that one of her ministers asked a female secretary to buy sex toys for him, as she tries to tackle a culture of sexual harassment in politics.

Garnier told the newspaper that the comment was part of an amusing conversation about a television show, and that asking her to buy the toys was “good humored high jinks”.

Edmondson, in comments to the paper, disputed Garnier’s recollection of the incidents, including his assertion that they were “high jinks”.

Garnier was not immediately available for comment to Reuters through his constituency or parliamentary offices.

The report comes after May’s spokeswoman said on Friday any unwanted sexual behavior was “completely unacceptable” and any minister who acted inappropriately would face “serious action”.

She was reacting to a report in another British newspaper that described a culture of sexual harassment among lawmakers and their staff working in parliament.

Health Minister Jeremy Hunt said on Sunday May had asked officials to investigate if Garnier, whose role is outside the cabinet immediately surrounding the May, had broken the government ministers’ code of behavior.

“These stories, if they are true, are obviously totally unacceptable,” Hunt told BBC television.

“The Cabinet Office will be conducting an investigation as to whether there has been a breach of the ministerial code in this particular case, but as you know the facts are disputed.”

May will also write to John Bercow, the speaker of the lower house of parliament, the House of Commons, to ask for his advice about changing the culture there, Hunt said.

Reports of inappropriate behavior in British politics, and in other industries, have followed dozens of allegations against Hollywood producer Harvey Weinstein. Weinstein has denied having non-consensual sex with anyone.

Cabinet minister Michael Gove apologized on Saturday after he likened being interviewed by a BBC radio presenter to entering Weinstein’s bedroom. After the analogy was widely criticized, Gove apologized for what he said was a “clumsy attempt at humor”.

The Sun newspaper said on Friday that women working in politics in Westminster had created a WhatsApp instant messaging group to discuss their experiences of harassment and warn others about potential perpetrators.

“The prime minister was very clear when we responded to the reports about Harvey Weinstein in the last few weeks that any unwanted sexual behavior is completely unacceptable, and that is true in any walk of life including politics,” May’s spokeswoman said on Friday.

Attorney to detail another rape allegation against Weinstein