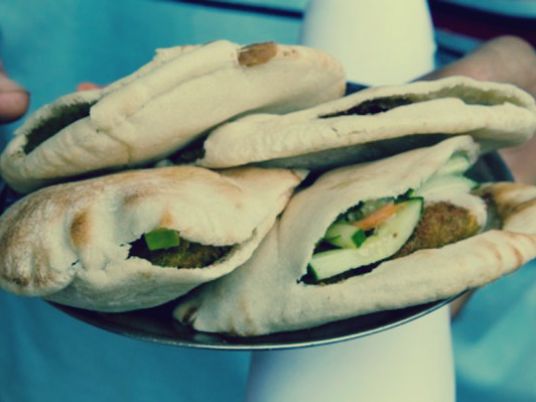 "Bloomberg indicator" revealed that Cairo is the cheapest country around the world in terms of the cost of a breakfast meal at $0.35.
The index revealed, however, that Cairo and the Venezuelan capital Caracas have been ranked the lowest around the world over the past 18 months in terms of the ability of population to afford the cost of their breakfast meals.
"The Bloomberg index calculates the average cost and affordability of a typical breakfast — one cup of whole milk, one egg, two slices of toast and a piece of fruit — for 129 global and regional financial centers. Rankings are based on market prices for the last 12-18 months from Numbeo.com, an online database of user-contributed city and country statistics," according to the Bloomberg website.
Cairo is among cities where population need to spend about 4.4 percent of their daily income or more on breakfast, despite the decline in food prices in terms of the US dollar price, given also the government's subsidies.
The index revealed that residents in cities such as Abu Dhabi, Osaka and Zurich need less than 5 minutes of work to provide the price of their breakfast.
But in a city like Accra, the capital of Ghana, a person needs to work almost an hour to provide the price of their breakfast. In Caracas, where inflation hit record high levels earlier this year, the population need to work almost nine hours to afford the price of their meal.
Bloomberg reported that soaring food prices were among the major causes that led to widespread malnutrition and riots in poor and developing countries; including the protests that swept more than 12 countries in North Africa and the Middle East in 2010 and 2011.
The index revealed a wide gap in the ability of populations to afford breakfast meals between cities that ranked at the top of the index and those that came in at the bottom.
Breakfast costs a little more than 1 percent of the wage of one day for people in the cities of Zurich and Geneva; while the Ukrainians in Kiev city should have to pay about 6 percent of the total daily wage to eat this meal.
In Asia, the total cost of a breakfast meal is less than 1 percent in the Japanese city of Osaka, compared with 12 percent in Hanoi, the capital of Vietnam.
Disparity is wider in Latin America, where the ratio is up to 2.4 percent in the Mexican city of Monterrey, compared with 111 percent in the city of Caracas.
"Bloomberg selected the items in its index because they’re widely available agricultural commodities, whose prices allow for cross-city comparisons. What people actually eat for the day’s first meal varies from rice porridge and youtiao (a strip of fried dough) in Beijing and Shanghai; to sausage and baked beans with eggs, tomatoes and other ingredients in England," the website reported.
"The wide range in affordability also reflects several market and regulatory forces, from food subsidies in places such as Cairo, which has the cheapest breakfast at $0.35, to higher markups in small import markets including Hamilton, Bermuda, where breakfast is $3.48," the report concluded.