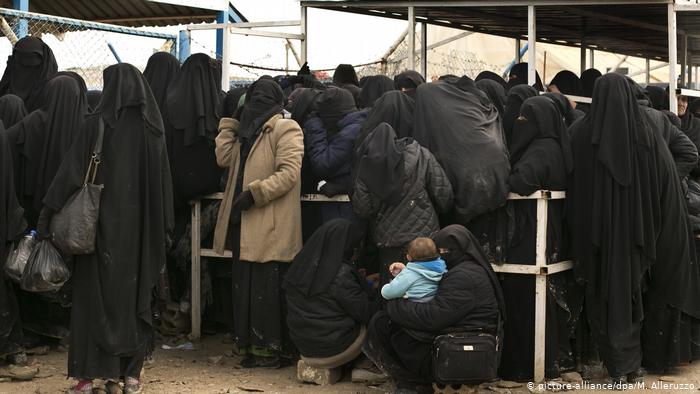 At least eight children aged under five have died within days in a camp in northeastern Syria that houses relatives of “Islamic State” fighters, the UN said on Thursday.

The UN children’s agency, UNICEF, said the children died between August 6 and 10 at the al-Hol camp from causes related to malnutrition or diarrhea.

“Any child’s death is tragic. It is even more so when the death could have been averted,” UNICEF said in a statement. It said detainees lacked “access to basic services and have to contend with the sweltering summer heat and the trauma of violence and displacement.”

The charity Save the Children, which has confirmed the deaths, spoke of “a collective failure at all levels to protect children,” and criticized a decision by the UN Security Council in January to close a key border crossing used to supply medical aid to camp residents.

It said restrictions on border crossings had reduced the capacity of health facilities in the al-Hol camp by 40 percent.

“This is the result of ongoing failure of the UN Security Council to reopen the closest border crossing, leading to unforgivable delays in services,” said Save the Children Syria Response Director Sonia Khush.

The camp is run by the autonomous Kurdish administration that holds most of northeastern Syria and supplied US-allied forces that played a major role in destroying IS’ hold on large swathes of territory in the country.

Those housed in the camp are mostly wives of IS fighters and their children. According to UNICEF figures, there are nearly 40,000 children from 60 countries at the camp.

Although the camp has not yet reported cases of coronavirus infection, UNICEF said restrictions and quarantine measures put in place to prevent an outbreak had hindered aid operations at the camp.

'They killed us twice': finding loved ones at last among Syria's tortured dead