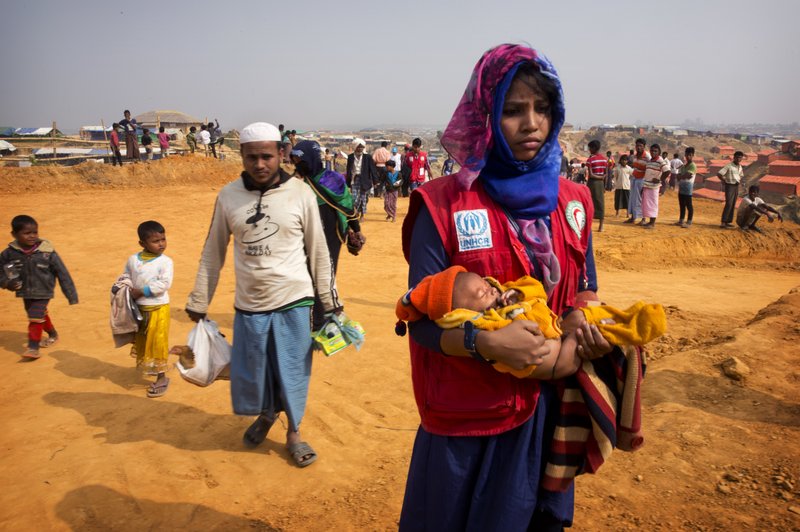 UNITED NATIONS (Reuters) – China, backed by Russia, failed on Wednesday to stop a United Nations Security Council briefing by the chair of a U.N. inquiry that accused Myanmar’s military of genocide against Rohingya Muslims and urged the 15-member council to push for justice.

“Atrocities continue to take place today,” Marzuki Darusman, chair of the U.N. Fact Finding Mission on Myanmar, told reporters ahead of the council briefing. “It is an ongoing genocide that is taking place.”

Global pressure is mounting on Myanmar to act on accountability after a Myanmar military crackdown in the western state of Rakhine last year drove some 700,000 of the largely stateless minority over the border into Bangladesh.

Darusman told the Security Council that remaining Rohingya in Rakhine were “at grave risk” and returning those who have fled “in this context is tantamount to condemning them to life as sub-humans and further mass killing.”

Myanmar has rejected the findings of the U.N. report.

“We are willing and able to take on the accountability issues for any alleged human rights violation where there is sufficient evidence,” Myanmar’s U.N. Ambassador Hau Do Suan told the Security Council.

The military crackdown followed attacks by Rohingya militants on security posts. Myanmar has denied committing atrocities against the Rohingya, saying its military carried out justifiable actions against militants.

“The crimes we have heard echo those committed in Rwanda and Srebrenica some twenty years ago. The Security Council acted in those two situations. It acted too late to prevent them which is all to our lasting shame but it did act to ensure accountability,” British U.N. Ambassador Karen Pierce told the council.

Britain coordinates council action on Myanmar and Pierce said she would push for “accountability that genuinely ends the Burmese military’s impunity.”

The U.N. inquiry’s report, released in August, called for the Security Council to impose an arms embargo on Myanmar, targeted sanctions and set up an ad hoc tribunal to try suspects or refer them to the International Criminal Court (ICC).

“National sovereignty is not a license to commit crimes against humanity or genocide,” Darusman told the council. “The Rohingya and all of Myanmar’s people, in fact the entire world, is looking at you to take action.”

However, diplomats say council veto powers China and Russia are likely to protect Myanmar from any action. Myanmar’s U.N. ambassador said the country would never accept an ICC referral.

Britain, France, the United States and six other members requested Wednesday’s briefing, but China called a vote to try to stop it. Nine countries voted in favor of the briefing – the minimum needed – while China, Russia and Bolivia voted against and Ethiopia, Equatorial Guinea and Kazakhstan abstained.

China’s U.N. Ambassador Ma Zhaoxu told the council “it should not get involved in country-specific human rights issues” and that the briefing would be counterproductive to efforts to solve the situation.

In Beijing, Chinese foreign ministry spokeswoman Hua Chunying said China had always maintained that the international community should allow a compromise and cooperation between Myanmar and Bangladesh.

“The Security Council is not the appropriate place to discuss human rights issues,” she told a regular news briefing, adding that the briefing interfered with the talks between Myanmar and Bangladesh and was not beneficial to an appropriate resolution of the issue.