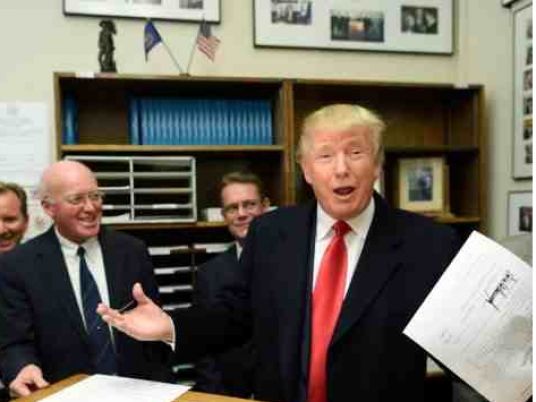 American Muslims rejected Donald Trump's proposal for the United States to bar Muslims from entering the country, calling it "reckless" and "un-American" and predicting that it will be used as a recruiting tool for extremist groups such as the Islamic State.

"Donald Trump sounds more like the leader of a lynch mob than a great nation like ours," said Nihad Awad, executive director of the Council on American-Islamic Relations.

The GOP front-runner is "playing into the hands" of ISIS, Awad said, by turning Americans against each other.

Trump, who has previously called for surveillance against mosques and said he was open to establishing a database for all Muslims living in the United States, made his latest controversial call in a news release.

His message comes in the wake of a deadly mass shooting in San Bernardino, California, by suspected ISIS sympathizers and the day after President Barack Obama asked the country not to "turn against one another" out of fear.

Trump said in the release: "Until we are able to determine and understand this problem and the dangerous threat it poses, our country cannot be the victims of horrendous attacks by people that believe only in jihad, and have no sense of reason or respect for human life."

"There is no place for a person who wants to advance his political agenda over the very values this country was founded on," said Oussama Jammal, secretary general of the U.S. Council of Muslim Organizations.

Earlier on Monday, Department of Homeland Security Secretary Jeh Johnson visited a mosque in Virginia, where he urged Americans not to tarnish all Muslims with the terrorist brush.

"The overwhelming, overwhelming majority of American Muslims, and Muslims worldwide, are men, women and children of peace, who seek to live their lives in peace, and want nothing to do with terrorism. Anyone who does not understand this does not understand Islam," Johnson said during a brief visit at the Adams Center, a mosque and community center in Reston, Virginia.

Asked about Trump's plan, Johnson demurred, saying he does not comment on political candidates. But American religious leaders did not hesitate to criticize the GOP front-runner.

"Anyone who cares an iota about religious liberty should denounce this reckless, demagogic rhetoric," said Russell Moore, president of the Ethics & Religious Liberty Commission of the Southern Baptist Convention.

"The government should close the borders to anyone suspected of even a passing involvement with any radical cell or terrorist network. But the government should not penalize law-abiding people, especially those who are American citizens, for holding their religious convictions."

"In the Jewish community, we know all too well what can happen when a particular religious group is singled out for stereotyping and scapegoating. We also know that this country must not give into fear by turning its back on its fundamental values, even at a time of great crisis."

Corey Saylor, a spokesman for the Council on American-Islamic Relations, said he was not surprised by Trump's proposal.

"I am troubled, though, that someone who has so completely abandoned American values is polling so high."