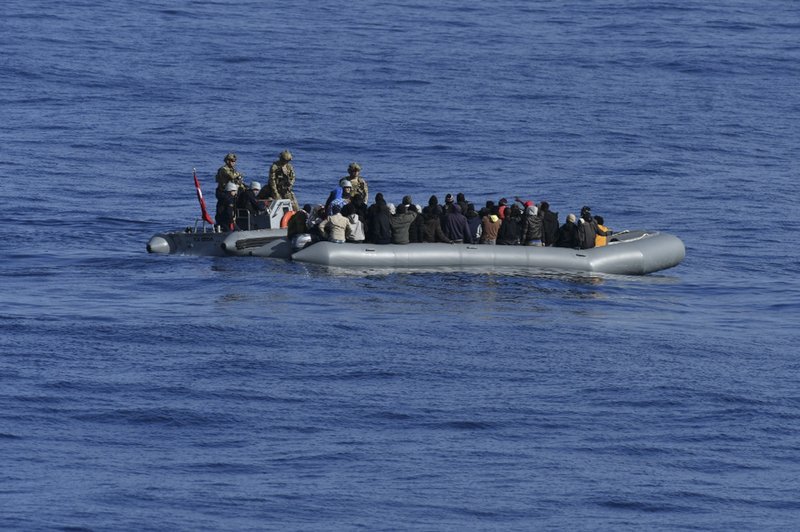 CAIRO (AP) — The Libyan coast guard apprehended 81 migrants off the coast of Libya and returned them to the capital of the war-ravaged country, the U.N. migration agency said Tuesday.

The International Organization for Migration said that the coast guard plucked the migrants, among them 18 women and four children, from the Mediterranean late Monday. Back in Tripoli, the agency offered the migrants emergency medical assistance. It was not clear where the migrants were from.

The U.N. refugee agency reported last week that the total number of migrants intercepted by the Libyan coast guard in the past month rose 121% from the same period last year.

Libya, which sits on Africa’s Mediterranean coast, has become a major conduit for migrants seeking refuge in Europe from war and poverty in Africa and the Middle East. The European Union, looking to keep the migration crisis off its shores, trains and funds Libya’s coast guard to catch the jam-packed boats and return them to the country, where migrants often land in detention centers run by the interior ministry of Libya’s U.N.-backed government.

The facilities, rife with abuses, face criticism from human rights groups over their dangerous conditions, especially as fighting between eastern-based forces and the Tripoli government creeps close to the centers.

Hundreds of migrants had moved into Abu Salim after fleeing another detention center, housed within a large military complex, which came under attack last July. That airstrike killed at least 50 people and injured over a hundred others, ranking among the deadliest assaults on civilians in the war and turning a spotlight on the many perils migrants face in facilities near the front lines.

In its statement Tuesday, the IOM reiterated that coordinates of detention centers filled with civilians are known to the warring sides.

Image: In this image provided by the Turkish Military, members of Turkish forces, left, approach migrants aboard a dinghy in the mid Mediterranean Sea, Wednesday, Jan. 29, 2020. The military said that a military ship, TCG Gaziantep, assisted the migrants and provided medical aid before handing them over to the Libyan Coast Guard. The frigate is in the region to support NATO’s Mediterranean Shield Operation and to assist NATO’s Marine Guard Operation. (Turkish Military via AP)