Egypt is a massive living organism — a web of ticking clocks, each set to a slightly different millisecond. With approximately 80 million in the country, 18 million of whom are woven into the streets and buildings of Cairo, the traffic of the city may crawl but many would say it is only by the will of God that it continues to flow at all. People are everywhere — driving, jumping off buses, walking, bicycling … ticking minute by minute through the days and nights of the city. Doctors, valets, belly dancers and beggars … Cairo keeps 18 million cogs in one of the world’s busiest wheels. This series takes a magnifying glass to one person, a representative of a job that keeps the city ticking — an eye-level shot that takes you through a day in the life of a cog in the wheel of Cairo. —Nevine El Shabrawy

Mohamed Ali Farag doesn’t take his interests lightly. Ask the history buff what year Cairo was established and he will automatically deliver the answer with an unprompted footnote on its historiographical accuracy: “969. But this is according to Western historians …”

At a piano he shows off his digital dexterity, playing Danny Elfman’s well-known, orchestrated theme for "The Simpsons." Below, Elfman’s tagline reads: “transcribed for piano by Mohamed Ali Farag.”

At only 26, Farag is nearing the completion of his first season as a member of the Cairo Symphony Orchestra.

Farag starts his day hunched over a laptop with a mug of Nescafe and ends it along the same lines. But in between the common comforts of home, he abides to a strict regimen of rehearsal, practice and composition — day in and day out. 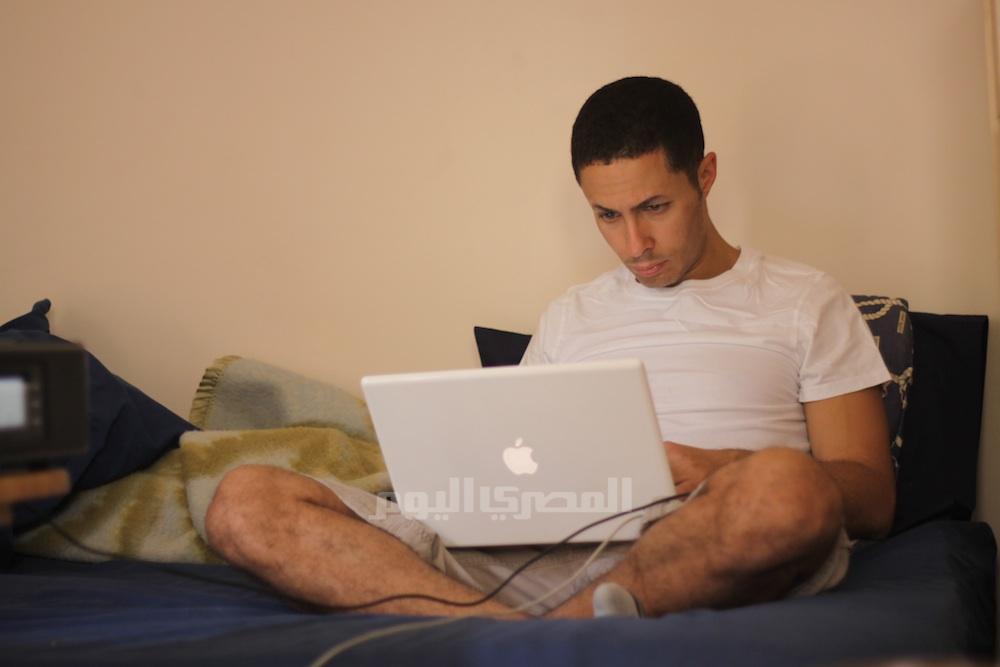 Just before 10 am, Farag reaches the Cairo Opera House in Zamalek for a three-hour rehearsal of Mendelssohn, Schumann and Rossini. Some 96 musicians, a few of whom have been playing in the orchestra for more than 20 seasons, prepare for another Saturday performance. As we enter the rehearsal hall, a cacophony of tuning fills the air. The conductor arrives last, and at the stroke of a baton, an immediate hush envelops the room. The music begins.

Seated among the first violinists, Farag listens in and turns the page accordingly, waiting for his cue. The conductor signals from his podium, and instantly Farag straightens his posture and reaches his bow against the strings.

“The best conductor is a conductor who is clear in cueing and beats, and his ability to balance sections, to change tempos clearly,” says Farag.

At a moment’s notice, the conductor taps his baton against the stand and the mellifluous melody drops to a pause. A spatter of Arabic and English dribbled in with musical terms in Italian and German is heard then followed. And, in a reprise, the phrase is replayed again and again until perfect.

According to Farag, programming at the Cairo Symphony Orchestra has featured the same standards, year after year, on a seasonal repeat, and looks forward to a time when the Egyptian ear is ready for more experimental and contemporary works. What makes him stand out from career musicians is his appreciation for the technical merits of music and its history. He understands why people frequent the symphony.

“Audiences [in Egypt] like the drama of Tchaikovsky and they like the anxiety of Brahms, the tunes of Mozart and the frustration of Beethoven,” he says. 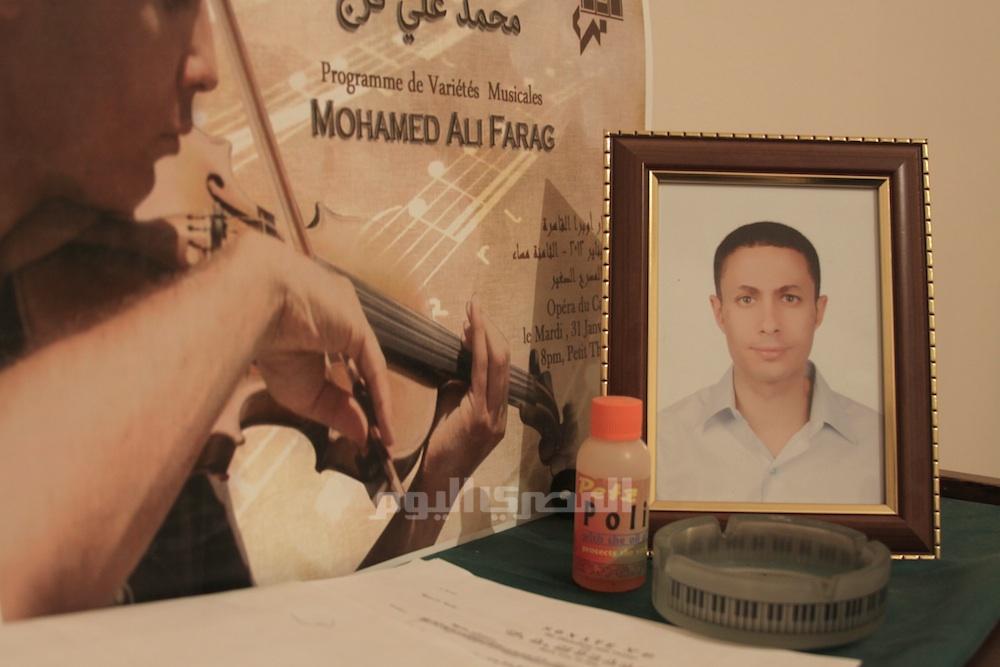 He retorts, “I am making music! How cool is that? I don’t see this as a regular 9-to-5. How many Egyptians get to say that they love their work?”

As soon as rehearsal is over, he takes lunch and a siesta, and for the rest of the day spends it in a studio attachment where he practices his etudes. There, posters of his previous recitals bedeck the walls. A bookshelf replete with anthologies of sheet music spans the ages, including show tunes from “West Side Story” and Queen’s “Bohemian Rhapsody.” A miniature bust of Beethoven sits atop his grandfather’s upright.

As a child, Farag claims that his parents never forced him to play the piano or the violin, like others do with their children — at least not outright.

He explains, “If my teacher told my parents that I was slacking in practice, they suggested ending my lessons. Why would they pay for them if I weren’t interested? It’s only logical.”

After completing the Suzuki method in violin, he moved to Canada in 2003, where he completed advanced degrees in violin performance and composition. Last year, he returned to Cairo and without delay secured a full-time contract with the symphony orchestra. In addition, he plays on every third Tuesday of the month for a chamber orchestra at El Sawy Culture Wheel in Zamalek. After filling in for another violinist, the cultural center took him on as a regular member.

If Farag’s determination and diligence are evident in his skills and resume, his creativity lies in his compositions. Well into dusk, he works on a symphony for a flautist in the orchestra. So far, Farag has written more than 20 compositions for the cello, clarinet, flute, piano and violin, of which 12 have been performed in Canada and Egypt. Recently, he completed a clarinet piece for a colleague. Its performance is slotted for this month at the Cairo Opera House.

If a rundown of Farag’s day doesn’t substantiate an artist’s dedication to his music, then a glance at his peeling hands and a stubborn rash on his neck from the pressure of his violin certainly does.

Many have asked him why he left Canada and the opportunity to pursue his calling in North America.

“I know this might sound cliche, but I love my country. Living abroad is great for widening your horizons and I did that for seven years. But at the end of the day, I am Egyptian,” he says. 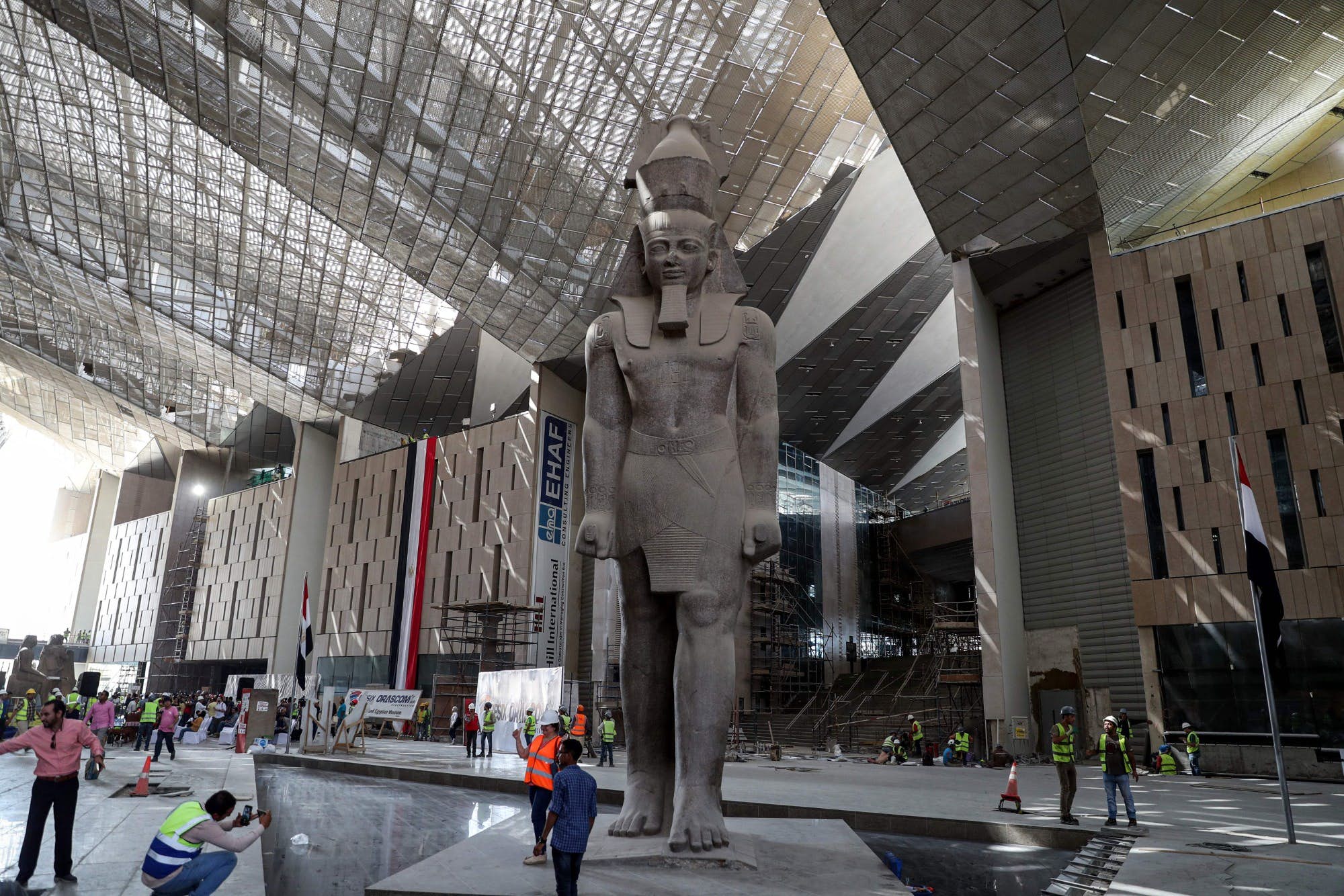