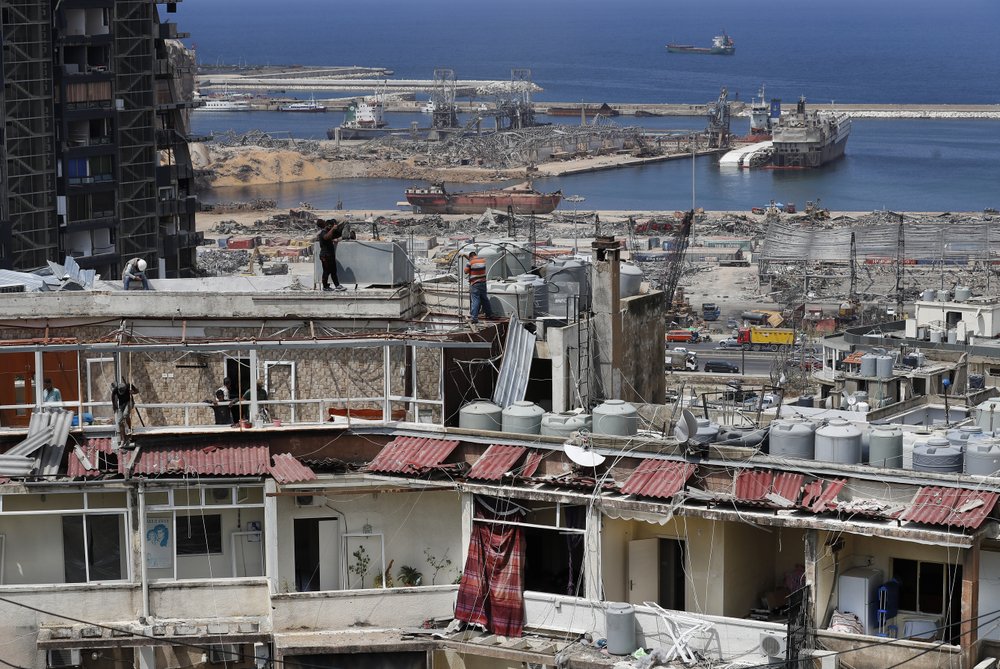 BEIRUT (AP) — The office of Lebanon’s president said Friday that binding consultations with members of Parliament to designate a new prime minister will begin early next week.

Monday’s consultations will coincide with a visit by French President Emmanuel Macron to Lebanon, a former French protectorate. He will offer French support after the devastating Aug. 4 port explosion but also ensure that millions in international aid go to those who need it.

Prime Minister Hassan Diab’s government resigned on Aug. 10, six days after nearly 3,000 tons of ammonium nitrate exploded at Beirut’s port where they had been stored for six years. The blast, the most destructive single incident in Lebanon’s history, killed more than 180 people, wounded nearly 6,000 and left nearly 300,000 people homeless.

Lebanon is also mired in its worst economic and financial crisis in decades and Western nations have said they will not help the tiny country before serious reforms are carried out because corruption and mismanagement are widespread.

President Michel Aoun’s office released a schedule of the consultations that will begin Monday morning and end in the afternoon. The person who gets the largest backing from parliamentary blocs and members will be asked by Aoun to form a new Cabinet.

Former Prime Minister Saad Hariri said he is not interested in the post adding that his bloc will only announce who it will name as a candidate on the day of consultations.

During a visit to Beirut two days after the blast, Macron warned Lebanon’s political elite that he wouldn’t give “blank checks to a system that no longer has the trust of its people.” He called on them to create a “new political order.”

Lebanon has one of the highest debt ratios in the world and the local currency has lost 80 percent of its value since nationwide anti-government protests broke out in mid-October.

In Khaldeh, at Beirut’s southern entrance, hundreds of mourners Friday attended the funeral of Hassan Zaher Ghosn, 13, who was killed during Thursday night clashes between supporters of the militant Hezbollah group and Sunni tribesmen in the area.

The clashes left two people, a Lebanese and a Syrian, dead and three wounded and were stopped after the Lebanese army sent reinforcements. The fighting briefly closed the main highway linking Beirut with southern Lebanon.

During Ghosn’s funeral, anti-Hezbollah slogans were chanted as some young men fired their weapons in the air in protest.