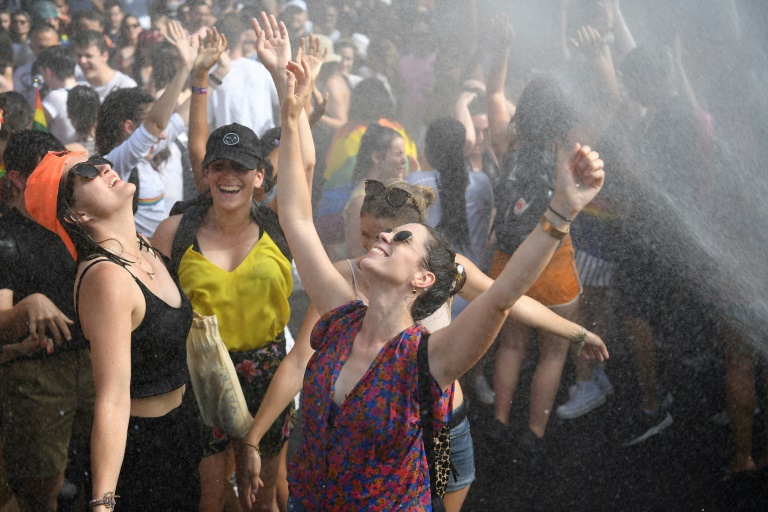 A welcome dip in temperatures came to parts of Europe on Sunday, bringing relief to areas which have sweltered through a widespread, deadly heatwave for nearly a week.

Hot-weather warnings were lifted across north and west France, days after the country posted all-time high temperatures as it sizzled along with Italy, Spain and some central European nations.

Six days of intense heat fuelled huge blazes and pollution peaks, and officially claimed four lives in France, two in Italy and another two in Spain, including a 17-year-old harvest worker, a 33-year-old roofer and a 72-year-old homeless man.

The mercury was set to start dropping for France and Spain from Sunday, but still rise in Germany, with temperatures as high as 39 degrees Celsius (102 degrees Fahrenheit) in some places before cooling down from Monday.

On Saturday night in Spain, firefighters were battling high flames in strong winds and blistering heat soon after they managed to contain another inferno in nearly 72 hours.

A fire that started Friday in the central Spanish town of Almorox burnt at least 1,600 hectares (4,000 acres), spilling over into the Madrid region and forcing the evacuation of a village, emergency services said.

In France, fires have razed about 600 hectares and dozens of houses in the Gard department in the country’s south.

This is the same region where a new French record of 45.9 degrees Celsius was set Friday, prompting the Meteo France weather service to issue its highest alert level of red for the first time.

Winegrowers in the south of France said their precious crops have been badly burnt.

“Some vines seem to have been hit with a blowtorch,” Jerome Despey said, while Catherine Bernard likened it to the effects of a hairdryer.

“I’ve been a winegrower for 30 years. I have never seen a vine burnt by a sudden onset of heat like yesterday,” Despey added.

France is the seventh European country to ever register a plus 45-degree temperature, along with Bulgaria, Portugal, Italy, Spain, Greece and North Macedonia, Meteo France said.

France remains haunted by the memory of the devastating heatwave of August 2003 in which nearly 15,000 people were estimated to have died.

“I want to appeal to the sense of responsibility of citizens — there are avoidable deaths in every heatwave,” French Prime Minister Edouard Philippe said.

Meteorologists point to a blast of hot air from northern Africa for the scorching early European summer.

In Germany, the national weather service said temperatures were more than four degrees higher in June than an international reference period of 1981-2010.

In Paris, Lyon and Marseille, authorities have banned the most polluting cars from the roads in recent days.