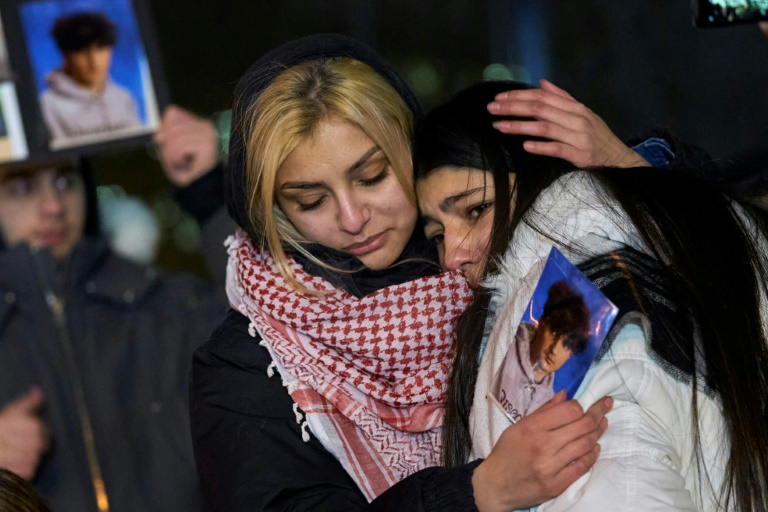 DUBAI, United Arab Emirates (AP) — The Western allegation that Iran shot down a Ukrainian jetliner and killed 176 people offers a grim echo for the Islamic Republic, which found itself the victim of an accidental shootdown by American forces over 30 years ago.

The July 3, 1988 downing of Iran Air flight 655 by the U.S. Navy remains one of the moments the Iranian government points to in its decades-long distrust of America. They rank it alongside the 1953 CIA-backed coup that toppled its elected prime minister and secured Shah Mohammad Reza Pahlavi’s absolute power until he abdicated the throne before the 1979 Islamic Revolution.

As recently as last week, Iranian President Hassan Rouhani referenced the attack in criticizing President Donald Trump’s comments that U.S. forces had picked out 52 targets to be attacked in Iran if needed, one for each of the American hostages held after the 1979 U.S. Embassy takeover.

“Those who refer to the number 52 should also remember the number 290. #IR655,” Rouhani wrote on Twitter. “Never threaten the Iranian nation.”

The attack on the Iran Air flight followed what the U.S. Navy refers to as Operation Praying Mantis, a daylong naval battle in the Persian Gulf between American forces and Iran during the country’s long 1980s war with Iraq. That battle came after the USS Samuel B. Robertson struck a mine that the Americans later accused Iran of laying in the shipping channels it was trying to keep open for Kuwaiti oil tankers amid the so-called “Tanker War.”

After the battle, U.S. forces continued to patrol shipping channels while Iran’s paramilitary Revolutionary Guard often harassed or swarmed incoming ships with smaller vessels. That’s a tactic used even today in the narrows of the Strait of Hormuz, through which 20% of the world’s oil passes.

Just after dawn on July 3, 1988, the USS Vincennes sent a helicopter to hover over Iranian speedboats the Navy described as harassing commercial ships. The Iranians allegedly fired on the helicopter and the Vincennes gave chase, the Navy said. Unacknowledged for years afterward by the Navy though, the Vincennes had crossed into Iranian territorial waters in pursuit. It began firing at the Iranian ships there.

As the fighting raged, Iran Air flight 655 took off from Bandar Abbas, Iran, heading for Dubai in the United Arab Emirates. The Airbus A300 began its ascent as normal, part of a twice-weekly route flown by the airline for over 20 years. The captain communicated with air traffic controllers in English, His last message was: “Thank you, good day.”

The Vincennes meanwhile had mistaken the commercial aircraft for an Iranian F-14, despite having state-of-the-art combat equipment at the time. The U.S. says the Navy made 11 radio warning calls on different frequencies before the Vincennes fired two missiles at the airplane, bringing it down and killing all aboard. The aircraft’s “black box” flight recorders were never recovered.

The deaths shocked Iran, even amid the carnage of the war with Iraq, which would kill 1 million people. Sixty-six of the dead were infants and children. Authorities lined up wooden caskets of some of the dead in front of parliament in Tehran. Iran ultimately would sue the U.S., reaching a $131.8 million settlement.

In the years since, Iran state television airs live footage on the anniversary of mourners wailing from boats at the spot the plane went down, tossing flowers into the warm waters of the Persian Gulf.

In recent years, hard-liners have begun linking the tragedy to Trump’s maximalist campaign targeting Tehran, which included unilaterally withdrawing the U.S. from Iran’s nuclear deal with world powers and reimposing crushing sanctions. Trump’s decision to include Iran among nations in his still-standing visa bans also angers Iranians with relatives in America or those hoping to study there.

But there’s also widespread anger against Iran’s government bubbling underneath the surface. Economic protests have rocked the country, with the last round in November over government-set gasoline prices rising seeing over 300 people reportedly killed. The Iranian rial, around 32,000 to $1 at the time of the 2015 nuclear deal, is now 135,000 to $1.

Portraying the U.S. as a menace has helped bolster support of Iran’s government in the past. The U.S. drone strike that killed Revolutionary Guard Gen. Qasem Soleimani last week in Baghdad helped with that, seeing over a million people turn up in Tehran alone for his multi-city funeral procession.

But even that processional ended with a stampede in Soleimani’s hometown that killed at least 56 people and injured over 200 more. That night, Iran launched its ballistic missile attack on Iraqi bases housing U.S. troops and buried the general. At dawn, news broke about the crash of the Ukrainian flight.

Image: Mourners in Toronto console each other during a vigil for the victims of Ukrainian Airlines flight 752 which went down in Iran, killing everybody aboard (AFP / Geoff Robins)