“The gradual restoration of the power system after the missile attacks continues…The situation in the east of the country remains difficult — last night, the enemy one more time shelled several infrastructure facilities, while the temperature in the region reached -17 C,” Ukrenergo, Ukraine’s state-run energy operator said Wednesday.

“Repair crews are working to eliminate the consequences of the missile attack in Kyiv and Odesa regions, restoring power supply to the regions under backup schemes,” it continued, adding that there was still a “significant deficit” in the nation’s power system, triggering limits on consumption.

Some background: On Monday, Russia unleashed a wave of drone and missile attacks across Ukraine, targeting the country’s energy infrastructure. Ukraine has been facing a wide assault on critical infrastructure and power sources since early October.

“At the same time the power deficit in the energy system will remain. Currently, it is 19% of the forecast consumption.”

On Tuesday, Ukraine’s health ministry announced the suspension of planned surgeries in an effort to insulate the medical system from the impacts of rolling power outages.

“They will be carried out when the situation around the supply of electricity stabilizes…all emergency medical care will be provided to patients in full,” the statement said. 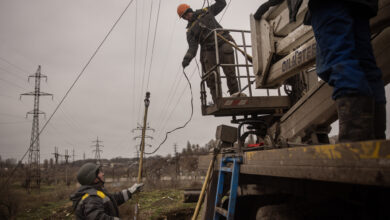 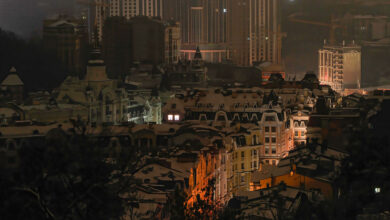 Half of Kyiv remains without power, Ukrainian officials say