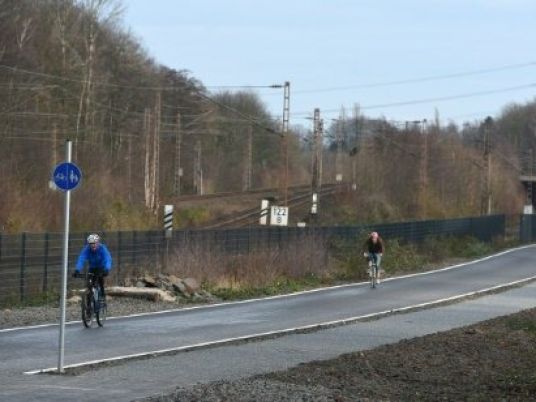 A new UK study of cycling and related safety behaviours has found that those who cycled as children are more like to take part in the activity later in life.
Carried out by a team from the University of Bristol’s Children of the 90s research programme, which has been looking at the long-term health of inhabitants in the Bristol area since the 1990s, the researchers found that children who did the UK’s National Cycle Proficiency Scheme course in primary school (which roughly covers ages 5-11) were more like to cycle as teenagers.
The team looked at data from 5,415 participants from the Children of the 90s research project and found that those who completed the course were also more likely than children who didn’t do a course to cycle to school as teenagers (aged 14 to 16) and to have safer cycling habits such as owning a cycle helmet (at age 14 and 16), have worn a helmet on their last cycle ride (at age 14), and have worn high-visibility clothing on their last cycle ride (at age 16).
Lead author of the study, Dr Alison Teyhan, commented on the findings saying, “The aim of our report was to evaluate how effective cycle training for children is at promoting cycling and safe cycling behaviours. We found that cycle training has benefits that continue into adolescence — trained children are more likely to own and use a cycle helmet, to wear high-visibility clothing, and to cycle to school, when they are teenagers.”
However in addition to these positive findings the team also found that regardless of whether they had completed the National Cycle Proficiency Scheme course or not, when it came to cycling later in life teenage girls were still far less likely to cycle than boys. Although over 70 percent of girls owned a bike at age 16, only eight percent had cycled in the previous week, compared to 37 percent of boys, and only one in 60 cycled to school, compared to one in seven boys.
Helmets and hi-vis not enough for safer cycling
The team also found that although over half of the teenagers who owned a bike also owned a helmet, only four in 10 helmet-owners had worn it on their last bike ride and that very few teenagers were wearing high-visibility clothing in an effort to improve their safety. Teenagers were more likely to have worn reflective or fluorescent clothing at age 16 than age 14, but even at age 16 only about one in 15 had worn it on their last cycle.
The results suggest that despite the positive effects of cycling and completing a cycling course in childhood, there is still more that can be done to encourage cycling and safe cycling habits among teenagers.
Dr Teyhan also added that, “In countries with high rates of cycling like Denmark, Germany and the Netherlands, the use of protective equipment is low because the safety focus lies elsewhere. Wearing a helmet or hi-vis clothing does not automatically make cyclists safer, as there are lots of factors involved in cycling safety, including driver behaviour, the physical separation of bikes and vehicles, and traffic-calming measures in residential areas.”
The findings can be found online published in the journal BMC Public Health