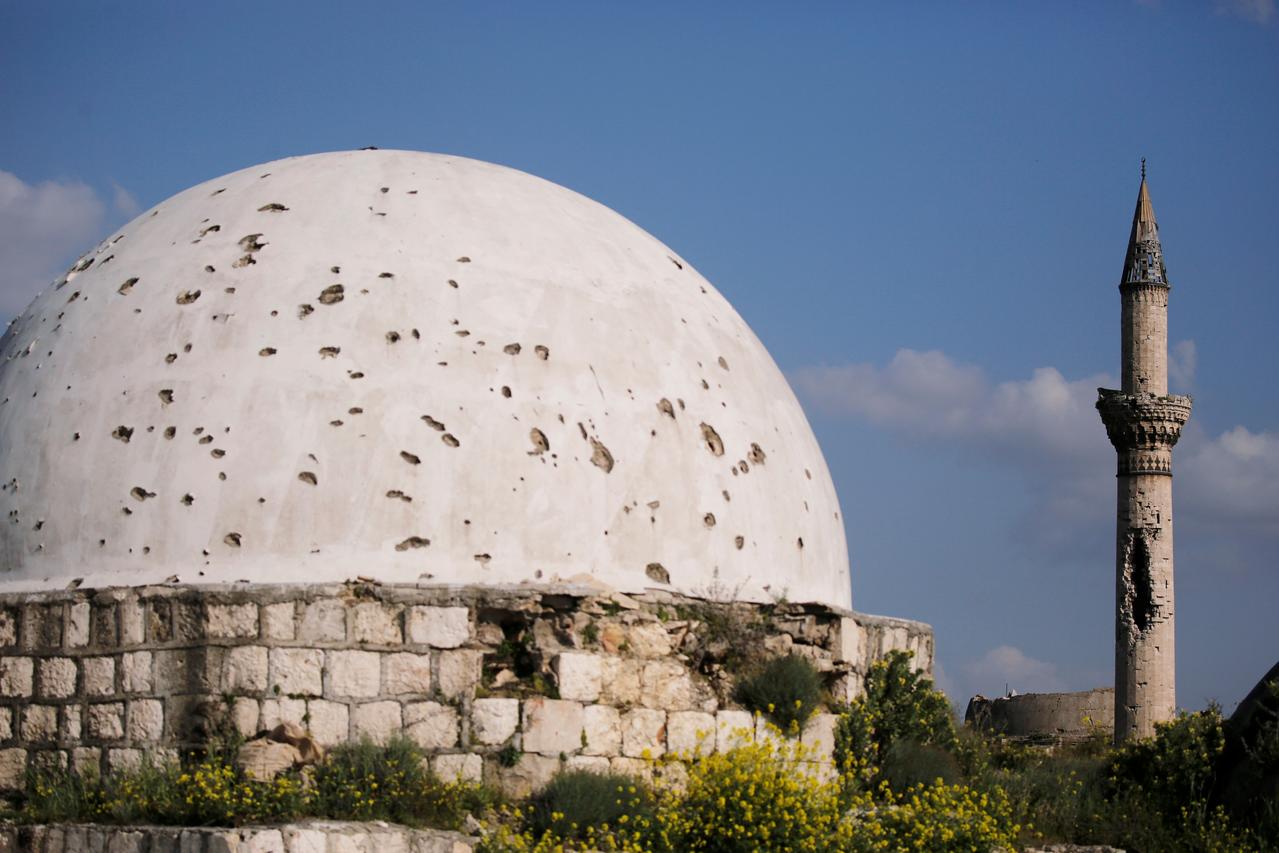 BEIRUT/ANKARA (Reuters) – Syrian government forces and their Russian allies pounded the rebel-held northwest of Syria with air strikes on Saturday, sources in the area said, as artillery hit a Turkish military position there, underlining the risk of wider escalation.

The upsurge in violence in Idlib and nearby areas in the last five days has strained a Russian-Turkish deal that has staved off a government offensive since September. The area is part of the last major foothold of the Syrian rebellion.

Rescue workers in the rebel-held area say dozens of people have been killed and thousands forced to flee by bombardments. The United Nations has said the attacks have included the worst use of barrel bombs in 15 months.

The Turkish defense ministry said two Turkish soldiers were lightly wounded by the shelling, which was believed to have been launched from Syrian government-held territory.

Turkish troops have deployed in the northwest in agreement with Russia, President Bashar al-Assad’s most powerful ally.

Assad, who has defeated many of his enemies aided by Russian and Iranian firepower, has vowed to recover every inch of Syria.

But the presence of Turkish forces in the northwest and Russian understandings with Ankara have complicated any offensive into the region, home to some 3 million people.

Turkey, already hosting 3.6 million Syrian refugees and hoping to avoid another influx, has established a dozen military positions in Idlib and nearby areas in agreement with Russia.

The Turkish defense ministry said the soldiers wounded in Saturday’s shelling were sent to Turkey for treatment.

Russian President Vladimir Putin said last week he did not rule out Syrian forces, backed by Russian air power, launching a full-scale assault on militants in Idlib, but such an operation was impractical for now.

Syrian state media say government forces are attacking jihadists in the northwest. State news agency SANA said the army had destroyed jihadist positions in southern Idlib and nearby Hama province on Saturday, in response to what it called repeated violations of a de-escalation agreement.

But the UN regional humanitarian coordinator has said schools, health facilities and residential areas have been hit and the government forces are employing the worst barrel bombing in at least 15 months.

Barrel bombs are containers packed with explosives dropped from helicopters.

After an overnight lull, the bombardment escalated again on Saturday, said Ahmad al-Dbis, safety and security manager for the US-based Union of Medical Care and Relief Organizations (UOSSM), which supports medical facilities in the area.

“Now the bombing has returned and is much heavier and has spread very widely in Jabal al-Zawiya and rural northern Hama. The planes are not stopping at all and the bombing is continuing in a very big way like yesterday and worse,” he added.

The Syrian Civil Defense, a rescue service operating in rebel-held areas, said it had recorded more than 30 deaths in the last few days. Dbis said the number of dead was at least 50, while the UK-based Syrian Observatory for Human Rights, which reports on the war, said at least 67 people had been killed.

Hundreds of vehicles have been arriving every day in the town of Atmeh at the Turkish border, ferrying people away from the targeted areas, an Atmeh resident contacted by Reuters said.

Russia’s deal with Turkey demanded the creation of a demilitarized zone free of all heavy weapons and jihadists. But Moscow says the agreement has not been implemented.

The most powerful faction in the northwest is Tahrir al-Sham, a jihadist movement that emerged from the Nusra Front, formerly al Qaeda’s official Syrian affiliate. Its influence has grown as it has snuffed out rival groups. But other factions operating under the NLF umbrella still have a presence.