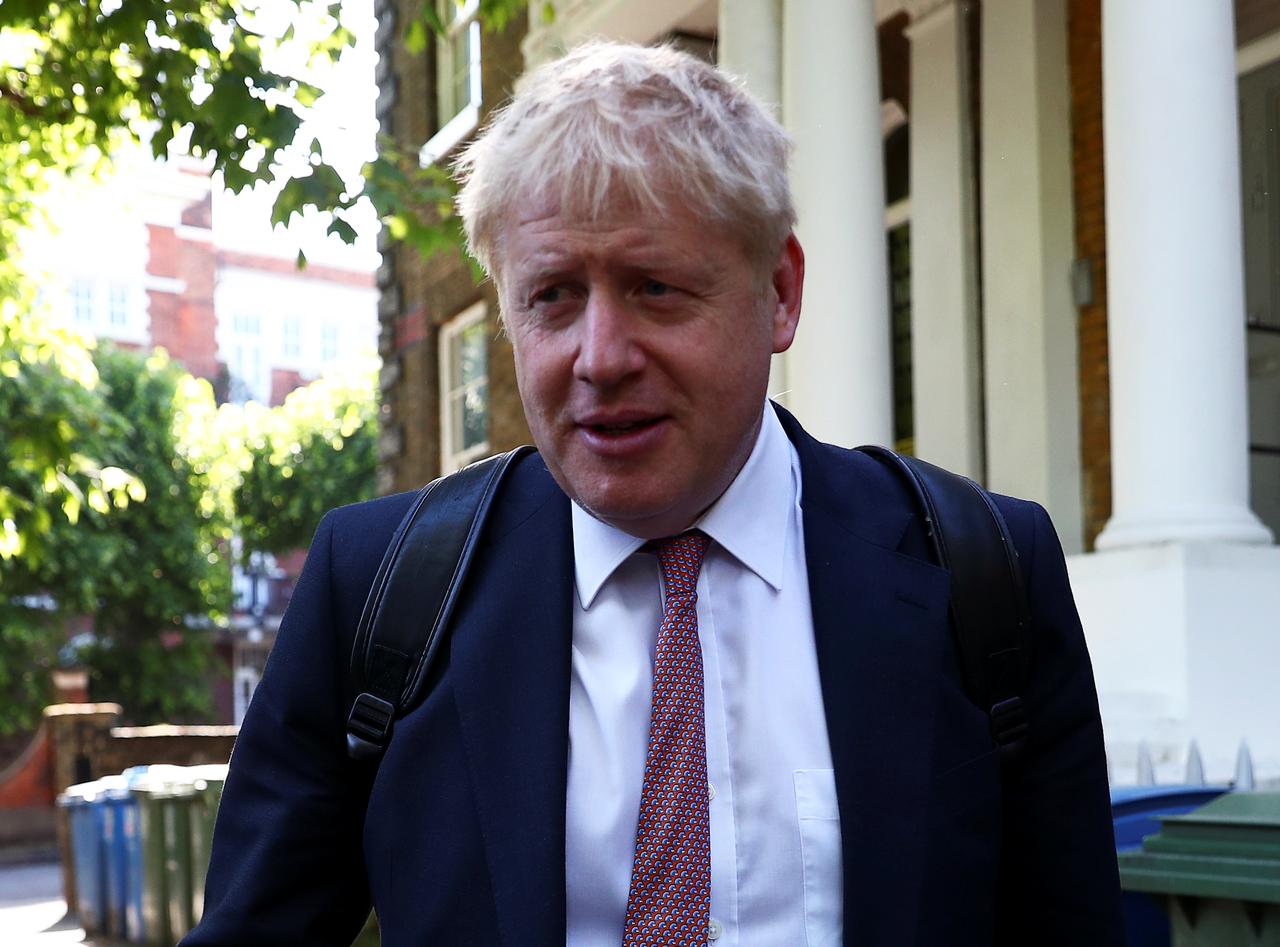 LONDON (Reuters) – Boris Johnson, frontrunner to be Britain’s next prime minister, promised on Monday to lead the country out of the European Union on Oct. 31 with or without an exit deal, launching his leadership bid in a campaign video.

Prime Minister Theresa May is due to resign on Friday having failed to deliver Brexit on schedule. She leaves behind her a divided nation and parliament with no consensus on the way ahead for the world’s fifth largest economy.

Johnson, a former foreign minister who resigned in protest at May’s handling of Brexit, is the bookmakers’ favorite to win a crowded contest and take over the running of the country at its most important strategic juncture in decades.

“If I get in we’ll come out, deal or no deal, on October the 31st,” he was seen telling a member of the public in a campaign video released on Twitter.

The launch coincided with the arrival in Britain of US President Donald Trump, who has thrown his weight behind Johnson by saying he would do a “very good job” as British leader.

The race to replace May has so far focused on candidates’ approach to a no-deal exit from the EU – with a clear dividing line between those who would countenance leaving the bloc without a formal transition agreement, and those who say it would be too economically dangerous.

Leadership rival Jeremy Hunt, one of the staunchest opponents of no deal, told the BBC that it should only be used “in extremis” but that he believed he could negotiate a better deal before Oct. 31 – the country’s current exit date.

Johnson is himself a divisive figure.

Having led the 2016 campaign to leave the EU he is feted by those who see him as a colorful straight-talker, prepared to speak truth to a political establishment that has betrayed swathes of the electorate.

But critics say the former Mayor of London, educated at the exclusive Eton College and Oxford University, is an opportunist member of the political elite seeking to get the top job at any cost. He is due to appear in court over claims he lied during the Brexit referendum campaign – something his lawyers have dismissed as a political stunt.

Monday’s video, featuring clips of Johnson talking to voters and a monologue delivered straight to camera, is his first real salvo in the leadership battle which so far has 13 contenders and could take two months to determine the winner.

In it, he is seen touching on issues known to be important to the 160,000 or so Conservative members who will have the final vote on Britain’s next leader, once the candidate list has been whittled down by Conservative lawmakers.

“Cut some taxes and you get more money in,” he tells another member of the public, while also arguing for more investment in education, infrastructure and healthcare.

“Now is the time to unite our society, and unite our country. To build the infrastructure, to invest in education, to improve our environment, and to support our fantastic NHS (National Health Service),” he said.

“To lift everyone in our country, and of course, also to make sure that we support our wealth creators and the businesses that make that investment possible.”

Image: Former British Foreign Secretary Boris Johnson, who is running to succeed Theresa May as Prime Minister, leaves his home in London, Britain, May 30, 2019. REUTERS/Hannah McKay

UK leadership hopefuls vow to succeed where May failed on Brexit