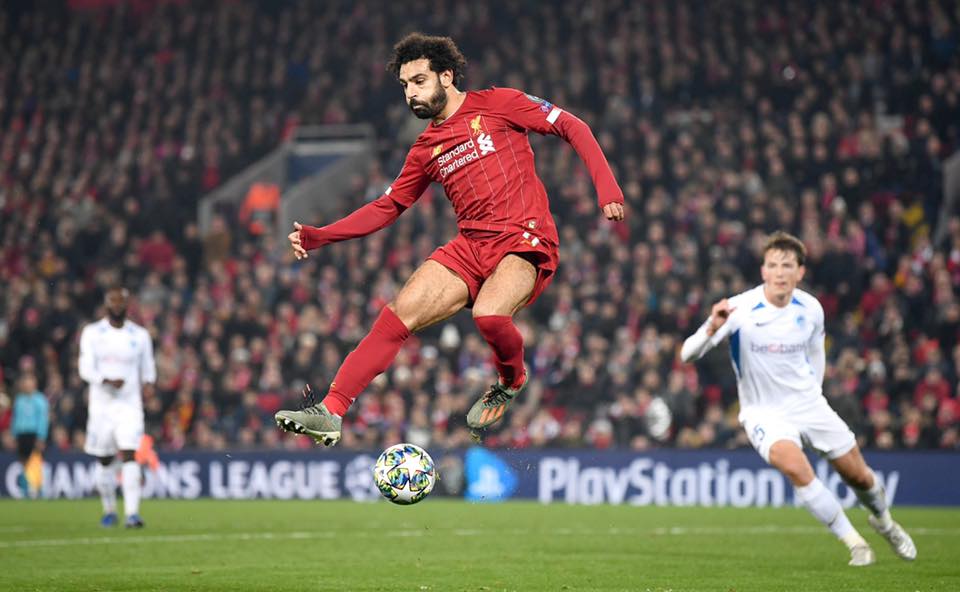 A Japanese television crew on Monday visited Nagrig in Basyoun, the home-village of the Egyptian football king Mohamed Salah, to work on shooting a documentary film detailing the story of the Liverpool superstar.

The film will highlight Salah’s entire football journey, starting from his humble beginnings in Tanta’s Al-Mokawloon Club, to his move to the Mokawloon al-Arab Club in Cairo, up to the grand international leap he took until finally reaching Liverpool club.

Mayor of the village Maher Shatih, alongside the General Manager of Delta’s media platform, the Chairperson of Basyoun’s Media Center and others accompanied the crew.

Touring the village, the crew visited the Mohamed Salah Football Academy, located at Basyoun’s entrance to interview Ghamry al-Saadany, the man who first discovered Salah’s talent in his childhood.

The crew also interviewed children who applied to join the academy and were dressed in t-shirts featuring Salah.

Next was a visit to the “Mohamed Salah Industrial High School” where Salah studied, to meet some of his teachers and learn about what Salah’s education was like. The school wall features a mural of Salah painted by an Egyptian student as tribute to the football legend.

Salah frequently shows his deep loyalty to his home village, such as giving LE900,000 to the Basyoun General Hospital in December 2018. Alongside his father, Salah also donated five acres of land to establish a sewage station thereby granting his village a stable source of fresh, clean water.

Going even further, Salah fully funded a massive charity project established in Bayoun, consisting of an Al-Azhar institute as well as an ambulance unit both at an estimated cost of LE18 million, according to previous statements by Salah’s father Salah Ghaly. He refused any financial assistance with the project’s construction, taking full responsibility of it, Gahly told Al-Masry Al-Youm.

Salah’s name was recently included in 30-strong shortlist for African Player of the Year award that was released on Monday.

Salah was additionally named among 30 other players on the shortlist for the Ballon d’Or award, according to an announcement by the French Football Magazine on Monday, October 21.

The announcement of the winners of football’s greatest prize for individuals is set for December 2 in a ceremony that will be held at Theatre du Chatelet in Paris. The French magazine grants the award based on the player’s performance at the end of the year.

Salah, Trezeguet nominees for 2019 African Player of the Year award