BEIRUT (AP) — Dozens of armed Islamic State militants remained holed up in the last occupied section of a Syrian prison, U.S.-backed Kurdish-led forces said Thursday. The two sides clashed a day after the Syrian Democratic Forces announced they had regained full control of the facility.

Fighting between the armed extremists and SDF troops left at least two Islamic extremists dead Thursday, the SDF said in a statement. It said between 60 and 90 militants were hiding out in the northern section of the prison in the northeastern city of Hassakeh.

The SDF claimed Wednesday it had regained full control of the prison — a week after scores of militants overran the facility. The attackers allowed some to escape, took hostages, including child detainees, and clashed with SDF fighters in violence that killed dozens.

The weeklong assault on one of the largest detention facilities in Syria has turned Hassakeh into a conflict zone. The Kurdish-led administration declared a curfew and sealed off the city, barring movement in and out.

Thousands have been displaced because of the violence that began with a bold attack on the prison last Thursday. There were overnight celebrations in the city, including fireworks, after news that the prison had been recaptured.

It was the biggest military operation by IS since the fall of the group’s “caliphate” in 2019 and came as the militants staged a number of deadly attacks in both Syria and Iraq that stoked fears they may be staging a comeback.

The SDF said about 3,000 inmates have surrendered since its operation to retake the prison’s northern wing began three days ago.

The militants had used child detainees as human shields slowing down the effort. There are over 600 child detainees in the facility that houses more than 3,000 inmates. The Kurdish officials have not provided specific numbers of the facility’s population.

Kurdish officials said a large number of children were freed Wednesday but their fate remained unclear. Rights groups and at least one child detainee from inside the prison say many children were killed and injured in the clashes. Rights groups have criticized the SDF for keeping the children in adult facilities or holding them without trials in the first place.

In a statement, SDF said the children had been kept in separate dormitories from the adults, and were detained as an “interim measure” for their safety and the safety of the community until a solution for them is found.

The Kurdish-led SDF appealed to the U.N. and member states to “search for genuine solutions by repatriating non-Syrian children, rehabilitating them.”

At least 300 foreign child detainees are believed to be held in the Gweiran facility. Thousands more, mostly under the age of 12, are held with their mothers in locked camps in other parts of northeastern Syria on suspicion of being families of IS members. Most countries have refused to repatriate them, with only 25 out of 60 countries taking back their children, some without their mothers.

In the week of fighting, dozens of fighters from both sides have been killed, the U.S.-led coalition has carried out nearly a dozen airstrikes and thousands of civilians living nearby have been displaced.

Siamand Ali, a spokesman for SDF, said the militants were hiding in the basement of the northern section.

A coalition official said Thursday that detainees of the prison known as Gweiran or al-Sinaa are being secured in a “new, hardened facility” nearby where biometrics will be used by the SDF to enroll them. The official, speaking on condition of anonymity in line with regulations, said the coalition continues to advise and assist the SDF in the operation. The militants had also targeted the new facility in their initial assault but failed.

The Britain-based Syrian Observatory for Human Rights put the death toll from the struggle at over 200, including over 150 militants and more than 50 fighters from the Kurdish-led force. At least seven civilians were killed in the fighting, the Observatory said. The SDF said preliminary information put the force’s death toll at 35.

The SDF, backed by U.S.-led coalition Bradley Fighting Vehicles and air support, had been closing in on the prison wing still controlled by the militants for a few days. Fighters from the SDF and other security teams used loudspeakers to call on the militants to surrender.

Kurdish officials said about 200 militants attacked the prison with car bombs and suicide belts while activating sleeper cells hiding in residential areas around the prison. In one video released by IS, the militants rammed vehicles against the prison walls. At one point, a car bomb was detonated in a petroleum warehouse near the prison, sparking a fire that lasted a couple of days. 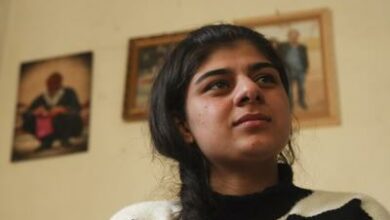 A fragile partnership in Iraq tries to prevent IS revival