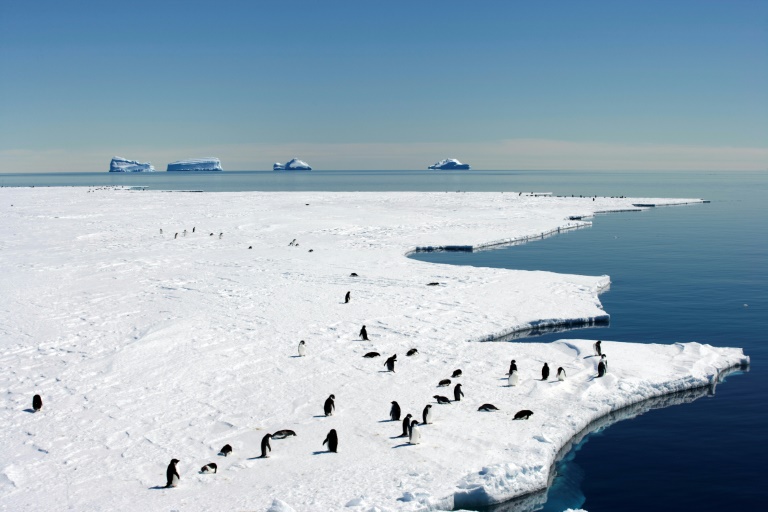 Australia and France kick off a fresh push Monday to create a vast marine sanctuary in pristine East Antarctica, hoping to build on the success of landmark deal secured last year at a key annual conservation summit.

The fate of the plan to shield critical areas of ocean around the frozen continent rests with the Commission for the Conservation of Antarctic Marine Living Resources (CCAMLR), which meets in Hobart until October 27.

In a major breakthrough, agreement was reached in 2016 to establish the world’s largest reserve after Russia dropped its long-held opposition over fishing rights.

A large part of it will be a no-fishing zone with the protection taking effect from December 1, the result of years of pressure by conservationists.

But time ran out to seal agreement on a second proposed protected area — the Australia and France-led East Antarctica sanctuary covering another one million square kilometre zone.

“Designating an MPA in East Antarctica this year would significantly move the needle toward a full MPA network by 2020,” said Andrea Kavanagh, director of The Pew Charitable Trusts’ Antarctic and Southern Ocean work.

Plans were set out in 2009 to establish a series of MPAs in the Southern Ocean allowing marine life to migrate between areas for breeding and foraging.

But it has been slow going, with the main stumbling blocks around fishing rights and Russia and China stymying progress in the past.

A third German-backed plan is also in the works to protect the Weddell Sea, which extends from the southeast of South America over some 2.8 million square kilometres.

But it has been sent back for amendments and will not be a main agenda item this year.

However, a proposal for a fourth zone of 94,000 square kilometres around the Western Antarctic Peninsula is set to be presented by Argentina and Chile, conservationists told AFP.

CCAMLR is a treaty tasked with overseeing conservation and sustainable exploitation of the Antarctic Ocean, also known as the Southern Ocean. Consensus is needed from all 24 member countries and the European Union.

Antarctica is home to penguins, seals, Antarctic toothfish, whales and huge numbers of krill, a staple food for many species.

They are considered critical for scientists to study how marine ecosystems function and to understand the impacts of climate change on the ocean.

The East Antarctica plan originally comprised seven large marine areas but has been reduced to three as a compromise — MacRobertson, Drygalski, and the D’Urville Sea-Mertz region.

D’Urville would be a no-catch zone, which WWF said would aid a stricken Adelie penguin colony near the French Antarctic research station there.

Mass starvation wiped out thousands of chicks in the colony this year, with unusually thick sea ice linked to the break up of the Mertz glacier forcing their parents to forage further for food. Only two survived.

“The death of so many Adelie penguin chicks shows just how tough life can be in Antarctica,” said WWF Antarctic program manager Chris Johnson. “The last thing these penguins need is more pressure.”

“That’s why it’s crucial CCAMLR locks in an MPA in East Antarctica to help secure a future for Adelie penguins and all the other amazing wildlife and marine biodiversity.”

He added that “expectations are running high for another significant achievement this year”.

Also on the agenda will be discussion on a research and monitoring plan to oversee the implementation of the Ross Sea MPA so scientists can better understand how it affects the ecosystem’s health.

Zanzibar: On the trail of turtles and glam rock gods

Preserving one of Egypt’s most efficient ecosystems: The mangrove

A year in review: The ups and downs of environment news