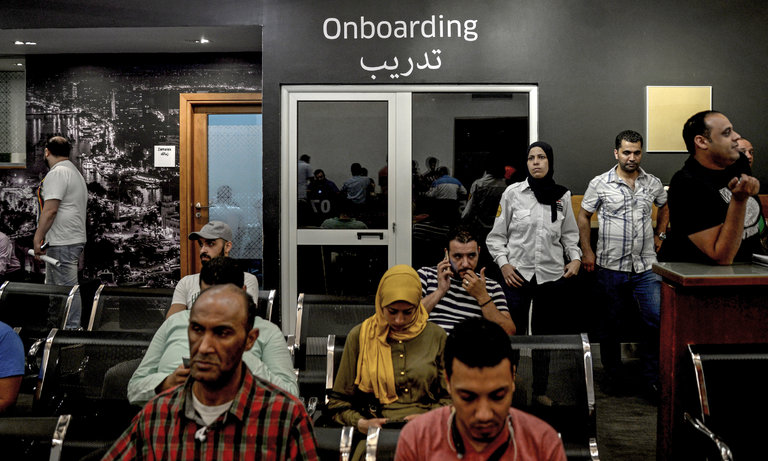 Car booking apps Uber and Careem were allegedly requested by the Egyptian government to disclose real-time user and driver data, the New York Times reported on Saturday, a move that raises concern over the state’s ongoing surveillance efforts.

The NY Times article claims that the government offered both companies incentives in exchange for the data.

In a meeting with Careem’s CEO Mudassir Sheikha, Egyptian military intelligence “offered preferential treatment in return for access to the company’s customer and driver data.”

“The proposal ultimately went nowhere, but it did lay bare the Egyptian government’s intentions, which might soon be law with or without the consent of Careem or Uber,” the story read.

According to three company executives interviewed by the NY Times, Uber reportedly vetoed the demand right away, whereas the Dubai-based Careem office decided to wait and “take a closer look,” an allegation the company has denied.

Data the Egyptian government is allegedly asking for is stored in internal software, which provides live data about customers, drivers, journeys, and tracks users’ rides across a giant digital map.

Both Uber and Careem already share customer data with law enforcement officials in many countries on a case-by-case basis in response to a legal request, however experts tell the NY Times that access to this system “could give Egyptian security agencies much wider abilities — to track multiple people from the same group, or analyze a customer’s trip history or travel patterns.”

Uber’s spokesman Matt Kallman affirmed that the subject of data-sharing came up with Egyptian ministers during recent consultations about the new law set to be discussed in parliament which aims to regulate ride-sharing services by placing their server computers in Egypt and granting their data to relevant government bodies.

“But live data-sharing was out of the question. We do not and have never provided any government with real-time access to riders’ data, and we’ll always fight to protect their privacy,” said Kallman.

According to a ride-sharing official with direct knowledge of that meeting, General Alaa Atwa of the Egyptian military offered a deal.

The article suggested that a military-controlled company called MSA Dahab, would take a 5 percent stake in Careem’s Egypt subsidiary and host its servers. In return, MSA Dahab would help Careem in negotiations with government authorities.

According to the NY Times, Careem’s chief Sheikha attended the second meeting on January 19.

The NY Times reached Sheikha for comment, however, he described the meeting as “part of regular corporate lobbying”.

“Military intelligence is a relevant stakeholder in this topic because government wants to ensure the service is being run in a secure manner,” he said.

Sheikha denied that Careem had ever been asked to provide real-time information. “I am hearing this from you now,” he said.

Spokesman for military intelligence declined to respond to questions from the NY Times.

Uber's CEO is under fire over rape allegations

Uber partners with NileTaxi, launches UberBoat for riders to sail away from Cairo traffic