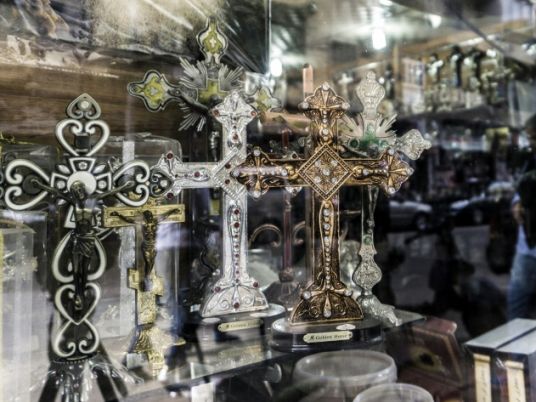 Egyptian Copts will celebrate Easter mass on Saturday, marking one of Christianity's most joyous occasions just days after the deadliest attacks in living memory against the country's religious minority.

The faithful will spend a large part of Easter eve going through arduous security checks outside places of worship, after twin Palm Sunday bombings killed 45 people in two cities north of Cairo.

The government has declared a state of emergency and called in the army to protect "vital" installations following the suicide bombings in Tanta and Alexandria, which were claimed by the Islamic State group.

"Security has indeed improved so much as it seems the situation needed to be tightened up a lot," said Coptic Church spokesman Boulos Halim.

Coptic Pope Tawadros II will lead Easter mass in Cairo's Saint Mark's Cathedral, while the church said celebrations this year would be scaled back. "Tanta and Alexandria created a big shock, for all of Egypt," Halim said.

Easter, which along with Christmas is one of Christianity's most important events, marks the resurrection of Christ three days after followers believe he was crucified. In Egypt, Copts break a 55-day fast, where they abstain from all animal products following Saturday's mass.

The Sunday bombings were the latest in a series of attacks against Egypt's Copts, which make up around 10 percent of the population. In December, an IS suicide bomber struck a Cairo church, killing 29 people. 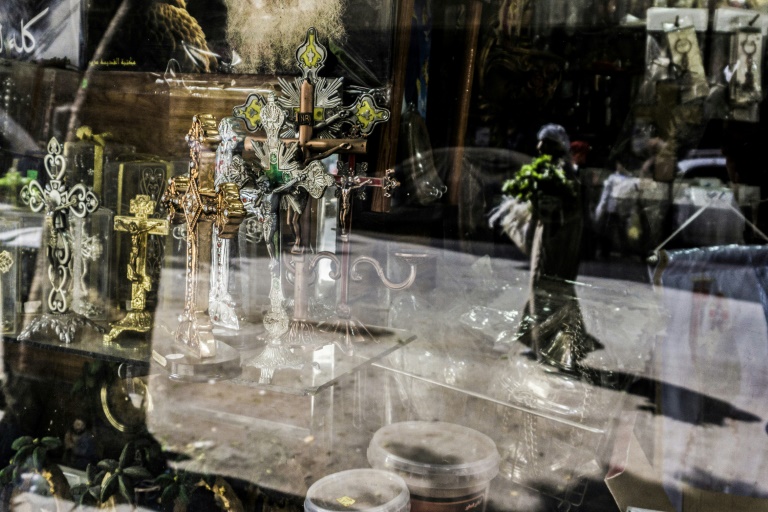 Egypt's Copts have long complained of marginalization and have been targeted by a string of takfiri-claimed attacks (Khaeid Desouki / AFP).

Halim said the church will forgo Sunday morning's traditional celebrations, and instead members will visit the families of "martyrs" as well as those wounded in the blasts, including police officers.

"Even if we are in pain over them parting their bodies… the happiness of resurrection helps us overcome feelings of pain," said Halim.

IS, which has waged an insurgency in the north of the Sinai Peninsula that has seen scores of attacks on security forces, has issued repeated calls for atrocities against Copts.

One Copt who gave his name only as John said he will attend Easter mass despite the heightened security risk.

He plans to go to a church in the relative safety of the capital, but admitted "if I were somewhere else outside of Cairo, like a village, I would not want my relatives to go and I would be worried about attending".

In a village south of Cairo, some Christians were reportedly prevented from holding Good Friday prayers, and police deployed to prevent further unrest.

Christians in Koum el-Loufy were attacked by Muslims after they tried to pray in an abandoned home on Thursday, after which a mob set fire to four homes nearby, according to police officials.

While the village boasts several mosques, Christians there have been prevented from building a church, Ishak Ibrahim, a researcher at the Egyptian Initiative for Personal Rights told AFP.

"Probably they won't be able to pray on Saturday either," said Ibrahim.

"There is a general climate where Copts are being persecuted and unfortunately the state just tries to stop violence from spreading, they don't solve the root cause of the problem."