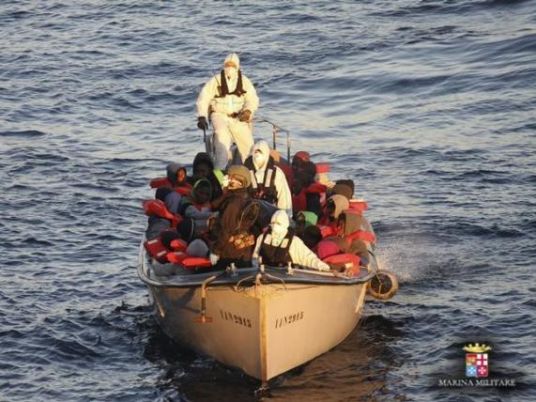 Egypt and Italy are still working to resolve the high-profile case of a 13-year-old Egyptian boy who traveled to Italy illegally in search of assistance for his brother, who suffers from a serious blood disease.

According to reports in Italian media, the Egyptian boy, Ahmed Mahmoud, crossed to Italy by boat in search of help after his family realized they could not afford treatment for their six-year-old son Farid, estimated at LE50,000.

The case is potentially embarrassing for Egypt, apparently highlighting the poor state of public health provision, and the two governments have been seeking a solution since the story broke last week.

However, so far they appear to disagree about where Farid should be treated, with both sides offering to provide the necessary care.

On Thursday, Italian Prime Minister Matteo Renzi said that the Meyer Children’s Hospital in Florence was willing to treat Farid free of charge.

Egypt's Health Minister Ahmed Emad, meanwhile, released a statement on Friday urging the family to contact him personally so that he can arrange for treatment in Egypt. Emad said that Egypt has the means to provide its citizens with all the medical care they need.

Later that day, Egypt's Foreign Ministry Spokesman Ahmed Abu Zeid released a statement urging the family to listen to Emad and to seek the help they need at home, not from outside the country.

Ahmed's journey to Italy started in the town of Rashid in the Nile Delta, where he paid human traffickers to take him across the Mediterranean in a boat. He had to swim the last 10 km to the Italian island of Lampedusa, where he was picked up by the Italian authorities.

On questioning, he revealed that he was not claiming refugee status but simply traveling abroad to seek help for his sick brother, who suffers from a deficiency of platelets in his blood.

All through the journey, Ahmed preserved his brother’s medical documents and blood tests by placing them between his clothes, according to Italian media reports. Upon his arrival he asked for employment

Ahmed said that his family had already paid a large sum of money for a preliminary procedure to prevent Farid from dying, but now another operation is needed, costing about LE50,000. The father’s annual income is only LE3,000.

Since hitting the headlines, Ahmed’s story has touched the hearts of several prominent Italian doctors, who have agreed to perform any medical procedures needed to save Farid’s life. An official invitation is being prepared for Farid and the rest of Ahmed’s family to be brought to Italy for the purpose.

However, it is still not clear whether the trip to Italy will go ahead, as the two nations seek a mutually agreeable solution that saves Egypt further embarrassment while ensuring proper treatment to Farid.

In his statement, Foreign Ministry Spokesman Abu Zeid said it was not necessary for Ahmed to risk his life by crossing the sea in search of treatment for his brother, insisting that Farid would have received the necessary care if he had known about it.

Abu Zeid added that the Egyptian government had been kept in the dark about the case until recently, partly due to the secretive nature of Ahmed's trip abroad.