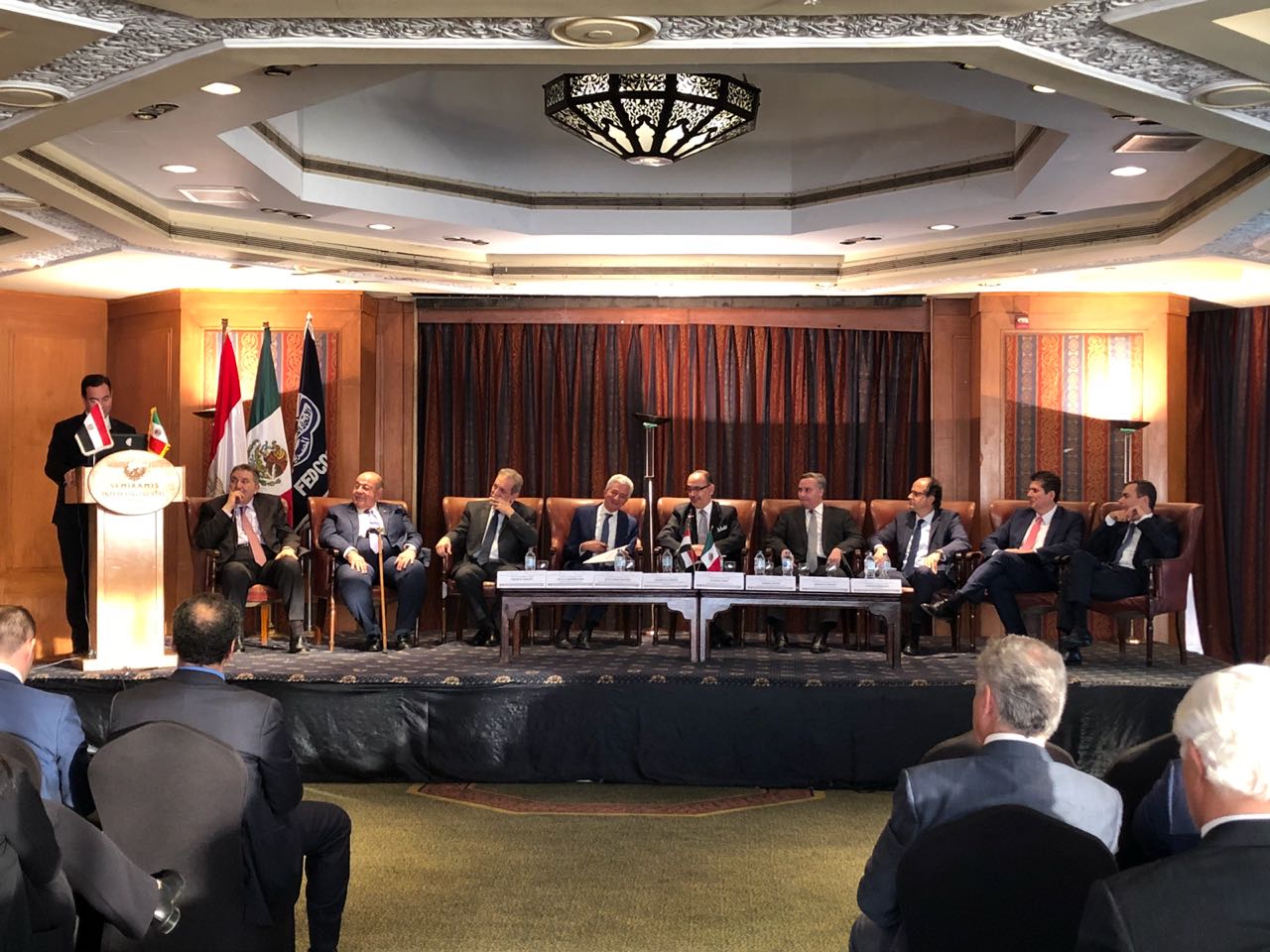 Egypt and Mexico announced on Tuesday the establishment of the Egypt-Mexico Business Council, an entity formed of companies that operate in one of the two countries or both. The council, which is headed by ProMéxico, in cooperation with Egyptian Commercial Service, aims to increase cooperation opportunities between both countries in the business field.

In a press conference held on Tuesday, First Undersecretary of the Ministry of Commerce and Industry Ahmed Antar highlighted that the trade record between the two countries calls for the establishment of the Egypt-Mexico Business Council. “In 2017, the trade exchange between Egypt and Mexico reached $123.4 million, where Egyptian exports amounted to 71 million and imports from Mexico amounted to $52 million. It is important to highlight that Egypt is Mexico’s third biggest trading partner in Africa,” Antar said.

President of the Federation of Egyptian Chamber of Commerce Ahmed El-Wakil, attributed the possibility of the council formation to the economic reforms Egypt underwent during the past years. “I am proud to say that Egypt is back as the land of opportunities. Egypt’s growing economy was the momentum of commitment to peace which increased political stability,” he said. “One of the top economic reforms for five years attracted investments from free trade areas. Today all of this is coming back and a lot more. Egypt is working on a fast track creating an attractive investment target based on modernization of its business laws, major macroeconomic reforms offering specific business opportunities.”

He added that the recent legal reforms that Egypt underwent, has made it an important destination for investments. “Such legal reforms include transparent industry licensing, special economic zone, taxes and customs laws, as well as restricting the business climate and simplifying investment procedures.”

El-Wakil echoed the sentiment expecting that the cooperation’s success to be a result of the compatibility of the Egyptian and Mexican markets in terms of supply and demand.

As for the timing of the council establishment, Antar expressed that it is “perfect”, as Egypt is undergoing revolutionary changes with all its new projects calling for a surge of investments.  “There are tremendous opportunities for Mexican investors in our country, especially in the Suez canal economic zone, the New Administrative Capital, the golden triangle area, energy and many other sectors,” he stated.

Antar added that the council would follow up on investments that aim to boost the growth of both countries on the long run. “With regards to Mexican investments in Egypt, it amounts to more than 1.2 billion USD in the Egyptian market. Mexicans companies are investing in different sectors such as construction, cement, petroleum, energy and technology,” he said.

Paulo King, director general of Pro-Mexico, the cooperation would push forward two economies already on the rise. “We are both expected to be among the top economies by 2050. We are called upon by the most prestigious analysts to develop our structural reform programs that have allowed our two countries to be in this selected group. However, we especially converge in our mutual recognition as valuable partners. Our diplomatic relations date back to 1958.”

Egypt and Mexico’s economic reforms were praised by the International Monetary Fund (IMF). Mexico launched its IMF reform program in 2016, and is currently under a two-year arrangement for flexible credit line.  As for Egypt, it began its IMF program in the same year when the international organization approved a $12 billion loan over three years.

Moreover, both countries’ relations have developed to the point where Mexico has become Egypt’s third closest trading partner in Latin America. For Mexico, Egypt has been the tenth largest investor among African nations over the past 18 years. Egypt is among Mexico’s top five trading partners in the continent as well, Kind stated adding, “we strongly believe that the numbers will keep getting better within the next 5 years.”

Carlos E.Gonzalez, CEO of CEMEX, one of the leading Mexican companies in Egypt, highlighted that Egypt and Mexico’s trade agreement “makes sense” as they are both very similar countries in terms of populations and economic routes. Both trades focus on branding themselves abroad and achieving development.