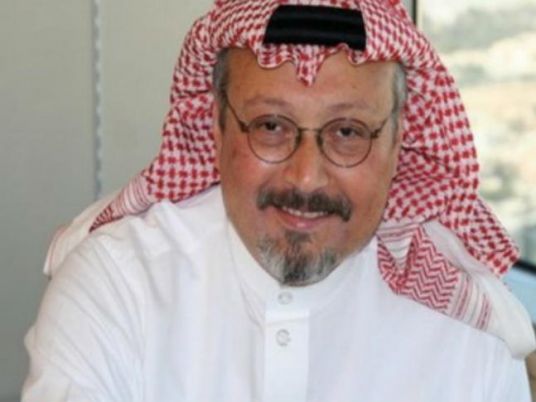 Egypt issued a statement on Thursday announcing its confidence in Saudi Arabia’s  investigations into the killing of Saudi journalist Jamal Khashoggi.

“Egypt followed with great interest the announcement made by  judicial authorities in Saudi Arabia on November 15 regarding the results of investigations into the killing of Saudi journalist Jamal Khashoggi, which highlights Saudi Arabia’s seriousness and transparency in revealing the truth,” the Egyptian Foreign Ministry said in a statement.

“Egypt appreciates the procedures taken by Saudi Arabia and hopes all parties concerned will abide by the current course of the case away from politicization,” the statement continued.

Egypt also reaffirmed its full confidence in the Saudi authorities, describing the investigations as credible and honest.

In October, Egypt praised the findings of preliminary investigations carried out by Saudi Arabia into the Khashoggi case, which was investigated by the Public Prosecution of the Kingdom of Saudi Arabia (KSA).

The statement said that Egypt believes that the decisive and courageous actions and decisions taken by King Salman al-Saud in this regard are consistent with his majesty’s commitment to respect the principles of law and apply effective justice.

Egyptian woman claims to have married Khashoggi months before his death