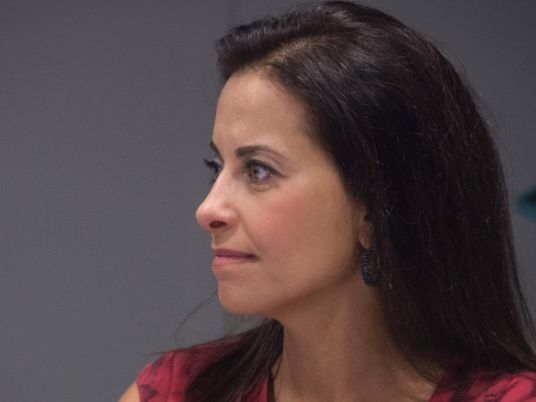 Egyptian-born Dina Habib Powell is joining the Trump administration in a senior role focused on entrepreneurship, economic growth and the empowerment of women.

Currently a Goldman Sachs executive, Powell was born in Cairo, emigrating with her parents to Texas at the age of four. Her father drove a bus and operated a convenience store in Dallas.

"Dina Powell is a tremendous talent and has a stellar record of public service as well as a great career in the private sector," the president-elect said in a statement.  "She has been recognized for her strategic oversight of key programs and initiatives and is a leader in both economic growth and the crucial empowerment of women in various aspects of business development and entrepreneurial endeavors."

Powell has been advising Ivanka Trump, who first reached out to Powell regarding women's programming.

The move shows at least one way Ivanka Trump's agenda will manifest itself in her father's administration. She has long said she will work to champion issues such as equal pay and paid family leave if her father won the White House, saying at the Republican National Convention in July: "Policies that allow women with children to thrive should not be novelties, they should be the norm."

Powell will likely play a key role in helping the incoming Trump administration form ties with women, an especially important task following his candidacy. Trump himself at one point said he thought women seeking abortions should face "some form of punishment," was overheard in a leaked tape bragging about sexually assaulting women and was accused by nearly a dozen women of unwanted sexual contact.

A graduate of Dallas' prestigious Ursuline Academy, Powell attended the University of Texas at Austin, where she first got the political bug working in the state Senate. Her first internship was with then-Texas Sen. Kay Bailey Hutchison, a Republican, who's kept up with her career through the years.

"She is extraordinary and she has gone so far since that first little internship because she is so graceful," Hutchison told CNN, citing Powell's positive attitude, diplomatic manner and discretion.

Like Ivanka Trump, Powell assumed a high-profile, powerful role at a young age. At 29, Powell became the youngest-ever assistant to the president for presidential personnel, heading up all of the Bush White House's decisions on appointments. There, she worked alongside Margaret Spellings, then the White House domestic policy adviser, and later, education secretary.

"She and I sat next to each other at the White House morning meeting the chief of staff held at 7 o'clock every morning, and at that early hour, you were expected to come around the table and be prepared to talk about the day," said Spellings, now the President of the University of North Carolina System. The two coordinated on appointments and became close friends.

"To say that she's the real deal is an understatement," said Spellings, whom Powell affectionately calls "Marget." "She's one of those people that you want to work with. She's lots of fun, she's serious. She's a big thinker and she's enthusiastic and she breeds enthusiasm with her partners … She's not just a big thinker, she's a big thinker who can actually execute. And that's a rare combination."

Powell was then elevated to the State Department as assistant secretary of state for Educational and Cultural Affairs and deputy undersecretary of Public Affairs and Public Diplomacy in 2005.

Her appointment made her a key voice for the Bush administration in the Middle East at a time when the administration was concerned about how the US was communicating with international audiences.

"She is such an effective spokesperson for us, because she speaks Arabic and is an Arab woman and can stand up as a role model and as somebody who can defuse some of the misperceptions," Cheney had told The Washington Post. "She can lay out what our policy is and defend that at length."

Powell also served as right-hand woman to Karen Hughes, then the under secretary of state for public diplomacy and public affairs. "I'll never forget, we were meeting with the King of Saudi Arabia. It was our first visit and there was a translator in the room," Hughes recalled.

"The King said something and Dina reacted — I think she laughed — and I'll never forget the look on the face of the king when he realized this beautiful young woman spoke Arabic. It was a priceless moment."

During her time at State, Powell connected business leaders with the government to provide disaster relief and worked with college presidents to recruit international students.

Pattie Sellers, the executive director of Fortune's Most Powerful Women Summits and Live Content, first got to know Powell in 2005 during a chance meeting at the State Department. "We were just talking about whatever, and she just completely interrupted me and said, we should start a mentoring program together," Sellers said.

"It was a testament to Dina's ingenuity and Dina's amazing ability to execute on her ideas," Sellers said. "She manages to be inside big organizations and with all of her charm and diplomacy and loveliness, blasts through bureaucracy."
When Powell left the State Department for a new opportunity at Goldman Sachs in 2007, then Secretary of State Condoleezza Rice praised her ability to foster relationships.

"She restarted exchanges with Iran in ways that I thought not possible," Rice had told The Washington Post. "I'm really sorry to lose her. She is fantastic … She had so many ideas. There are people who have ideas but can't execute them. She really executed them."

Powell led Goldman Sachs' Impact Investing business and the Environmental Markets Group, and was president of the Goldman Sachs Foundation, where she oversaw the 10,000 Women and 10,000 Small Businesses initiatives.
Hillary Clinton herself praised the foundation's work contributing to the global body of research on women's economic contributions internationally in a 2014 speech.

Arthur Brooks, president of the conservative American Enterprise Institute, first met Powell and became friends through his social disruptor speech series. "She's got a heart for people who are poor, people who are at the periphery of society. And she's hardheaded about how to help people and make them necessary," Brooks said, calling her work with Goldman "the model for how we can bring our society back."

"It's great to see that Dina's gonna be in a role to make the president's daughter that much more effective in getting a good social agenda going," he added.