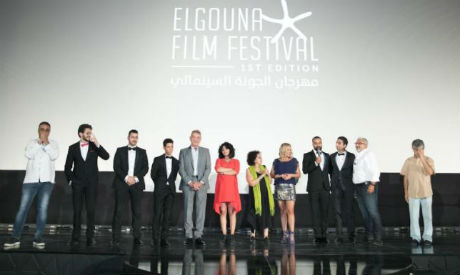 Egyptian actress Amina Khalil hosted the closing ceremony. The festival offers a star, a symbol of Gouna, as the award to the winners.

Along with a trophy, “Scary Mother,” a story about a 50-year-old housewife struggling to choose between her family life and a passion for writing, scored $50,000 in prize money, divided equally between the director and the main producer.

US titles performed well in the documentary competition. Raoul Peck’s “I Am Not Your Negro,” about African-American writer James Baldwin, scored the top place, worth $30,000.

World premiere of “Soufra,” a doc executive-produced by Susan Sarandon about a group of women in the Bur El Barajneh refugee camp south of Beirut who set up a catering business, took the section’s Mentor Arabia Award. Directed by Thomas Morgan, “Soufra” (Arabic for “feast”) also won the fest’s audience-chosen Cinema for Humanity award.

In photos: Gouna Film Festival kicks off with glamorous celebrities

I Am Not Your Negro by Raoul Peck