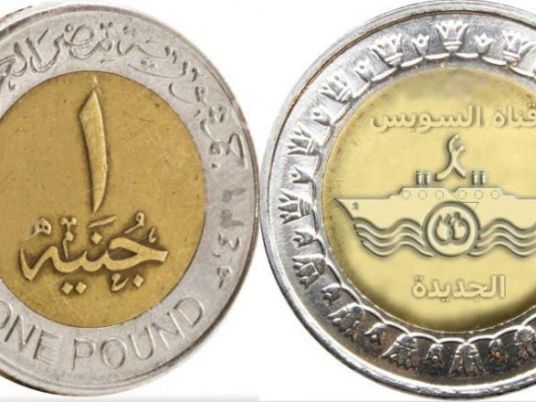 The Egyptian pound continued to weaken on the black market on Tuesday, piling more pressure on the central bank to devalue the currency even as the official rate against the dollar remained unchanged at an auction.
Egypt, which relies heavily on imports for its food and energy needs, is facing a foreign currency crisis with the pound trading at substantially weaker rates on the black market than the rate set by the central bank.
The central bank surprised the market in November when it strengthened the pound by 20 piasters and has held it steady at LE7.73 to the dollar since then.
At Tuesday's auction, the bank sold US$38.8 million at a cut-off price of LE7.7301 to the dollar, unchanged from the previous auction on Sunday.
The black market rate inched up to LE8.75 per dollar, one trader said, compared with the 8.73 traders quoted on Sunday.
The bank begun holding meetings with foreign exchange bureaus last week to try to keep a lid on black market rates for the dollar, traders said, in a move one banker said was doomed to fail.
Officially the central bank allows exchange bureaus to sell dollars at up to 15 piasters either side of its set price, but the bureaus have been known to demand more for the greenback when it is in short supply.
To help relieve a dollar shortage that has seen imports of essential goods piling up at ports, the central bank in January raised the cap on foreign currency deposits at banks fivefold to $250,000.
The cap, implemented a year ago with a $50,000 limit, aimed to counter the black market for dollars.
Egypt has been starved of foreign currency since an uprising in 2011 ousted autocrat Hosni Mubarak and drove tourists and foreign investors away.
Its foreign currency reserves have tumbled from $36 billion in 2011 to $16.4 billion, and the country has been rationing dollars through the weekly dollar auctions to banks, keeping the pound artificially strong.
The bank's Monetary Policy Committee raised benchmark rates by 50 basis points last month, citing inflationary pressures.