Facebook Twitter LinkedIn
With nearly 70 percent of its adult population overweight or obese, Egypt is the fattest African country. Its also the 14th fattest country in the world, according to the most recent World Health Organization statistics issued for the year 2010.

Seven tiny Pacific island nations are, proportionately, the world's most most obese–Nauru, Micronesia, Cook Islands, Tonga, Niue, Somoa, and Palau respectively. Kuwait and USA rank respectively as the eight and ninth countries with the highest percentage of overweight and obese adults.

Among Egyptians above the age of the age of 15 there are more overweight and obese females than there are males. According to WHO statistics, an estimated 76 percent of females in this age group are said to be overweight or obese, in comparison with approximately 64.5% of Egyptian males. Indicators reveal that the rate of obesity in Egypt has risen markedly over the past 30 years.

Statistics issued by the Egyptian Medical Association for the Study of Obesity in early 2010 estimate that 15 percent of Egyptian (school-age) children are obese, in comparison with its 1990 estimate of only six percent. Being overweight or obese is determined according to Body Mass Index–with varying measurements for the different age groups and genders.

The WHO estimates that currently around one in every three of the world’s adults is overweight, while nearly one in every ten is obese.

In Egypt rising obesity rates are connected to a growing number of “junk food” and fast food outlets, coupled with increasingly sedentary lifestyles.

Karim Strougo, a fitness trainer and nutritional expert, told Al-Masry Al-Youm that the growing rate of obesity can be attributed to unhealthy eating habits, “especially the prevalence of saturated fats in the preparation of food, and a lack of knowledge about the nutritional value of foods.”

Hereditary factors may also influence the likelihood of obesity, according to Strougo.

If a child is genetically prone to obesity, “special attention must be paid to limit the fat in their diets; especially until the age of 20 or 21,” said Strougo, “because the number of fat cells in the body can increase most during childhood and adolescence.”

The number of fat cells in the body stabilizes from adolescence onwards–although growth hormones in pregnant women do prompt the development of additional fat cells.

Other than poor eating habits, Strougo attributed obesity in Egypt to a general lack of exercise, exacerbated by misconceptions about exercise.

Experts say the indirect causes of obesity are complex and include agricultural policy, transport policy and urban planning, besides inadequate health systems that particularly affect the poor. 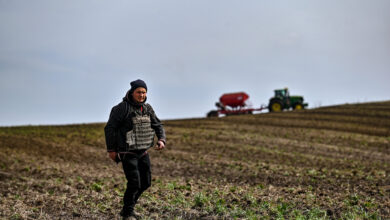