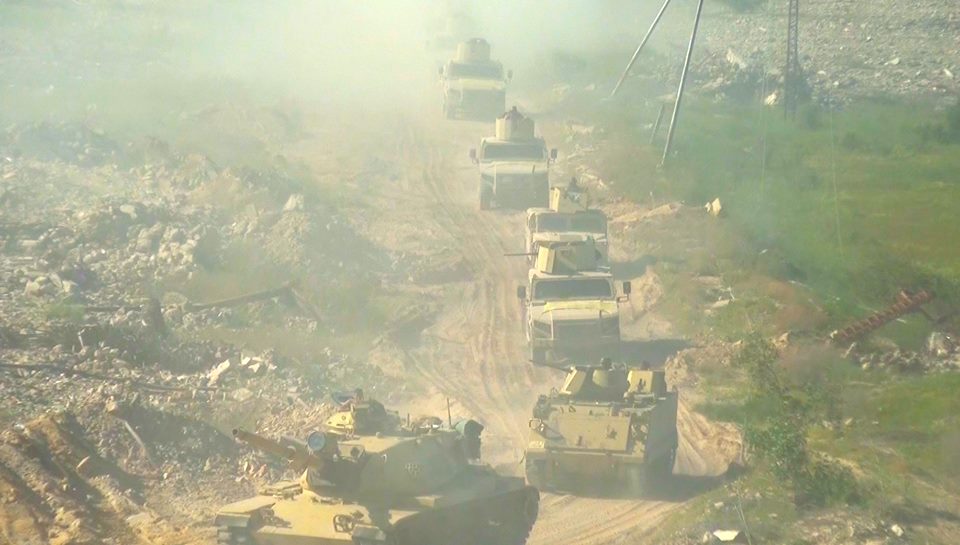 Egypt’s Armed Forces said that five IS militants were killed during army operations conducted by the Third Field Army as part of the ongoing wide-scale military operation ‘Sinai 2018’, according to a statement from the army’s official spokesperson.

The statement added that the Egyptian Air Forces managed to destroy and target a number of stationing points used by IS militants. The stationing points were identified through intensive intelligence gathering.

The statement said that army forces based in North Sinai were able to disable the effect of an improvised explosive device [IEDs] that was put on the main roads used by the forces.

The Sinai 2018 military operation began on February 9 aiming to root out terrorism in the troubled Sinai, which has been rocked by a low-intensive war between Islamist militants and the state since 2013.

After the first month since the start of the operation, Egypt’s official spokesperson for the Armed Forces Tamer al-Refaie said in a press conference on that 105 militants had been killed.

On the expected length of the operation, Refaie noted that there is no time limit and that it will conclude when its goals are achieved.

Sixteen army personnel have been killed and 19 others injured during the operations, according to the military.

Refaie noted that 461 people have been arrested while trying to illegally migrate, while another 2,829 people were arrested for being wanted in criminal cases, or on suspicion of providing logistical assistance to the militants.

Since 2013, North Sinai has witnessed a growing number of terrorist attacks carried out by Islamist militants in North Sinai, including various attacks against the army and the police. The group pledged allegiance to the Islamic State group in 2014.

We will soon celebrate victory over terrorism: Sisi from Sinai