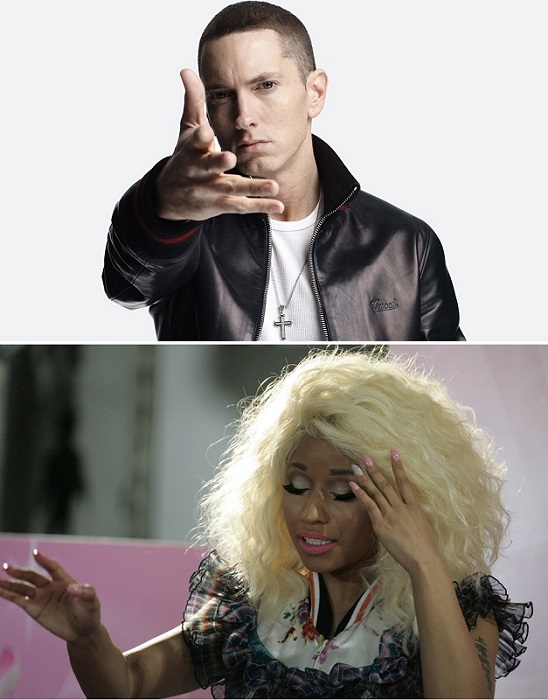 Eminem on Sunday fueled rumors that he was dating Nicki Minaj, creating an ultimate hip-hop power couple — and one which few would have anticipated.

Eminem, the top-selling rapper of all time, addressed speculation of the relationship as he headlined the Governors Ball festival in New York — although his phrasing was odd enough to leave lingering doubts.

“I’m going to tell you something about Nicki that she don’t even know,” Eminem told the crowd.

“We go together!” he said to cheers. “That’s all I wanted to say. Thank you for letting me get that off my chest.”

Minaj, one of the most influential women in hip-hop, suggested a relationship with Eminem late last month when she contributed a verse to the song “Big Bank” by rapper YG.

“Told ’em I met Slim Shady / Bag the Em / Once he go black he’ll be back again,” she said, using one of the alter ego character names of the white rapper.

Posting the verse on Instagram, Minaj was asked by a fan whether she was in fact dating Eminem and she replied, “Yes.”

But the unusually direct response stirred social media chatter that the relationship was little more than teasing between the two, and Eminem was coy on the subject when addressing an earlier concert.

Eminem, 45, has generated headlines for his turbulent personal life — and often violent lyricism about women — since he emerged in the 1990s. He twice married and divorced Kim Scott, his high school sweetheart from Michigan.