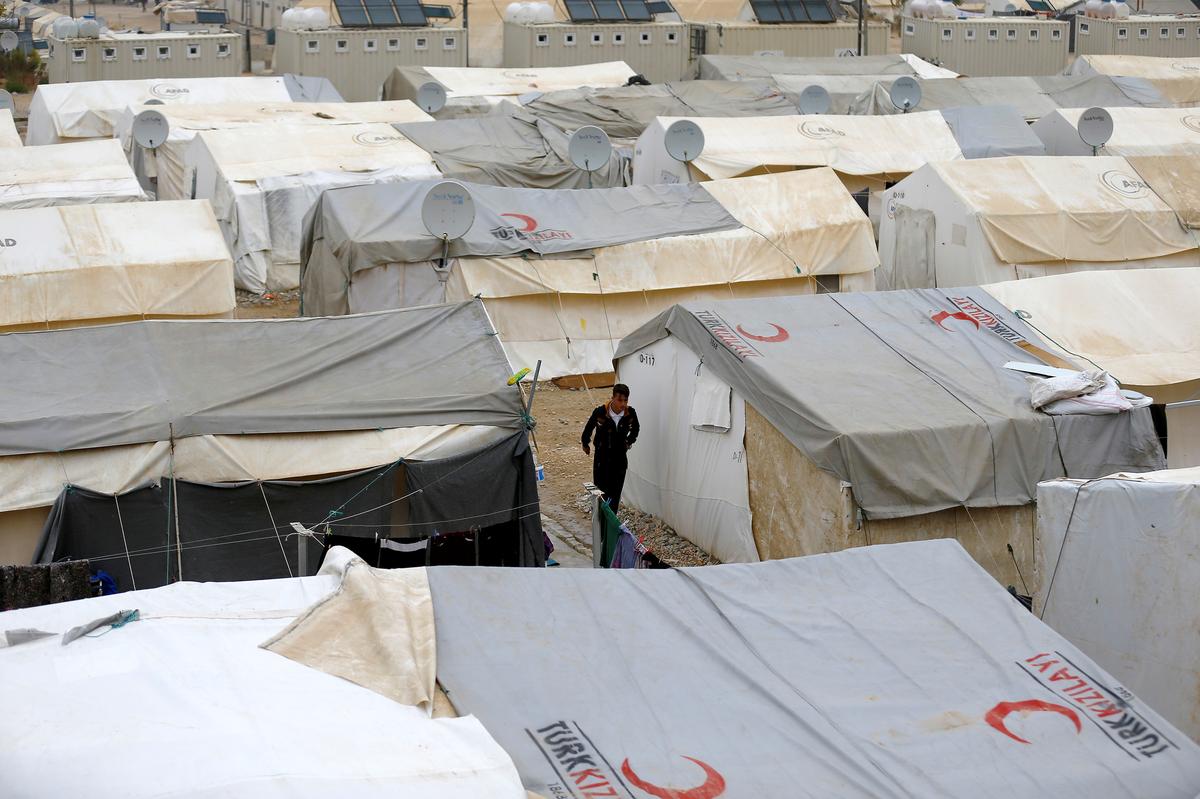 ANKARA (Reuters) – Turkish President Tayyip Erdogan said on Wednesday that a planned “safe zone” in northern Syria could host two-three million Syrian refugees that have settled in Turkey and Europe after eight years of war at home.

Addressing academics in Ankara, Erdogan also repeated that Ankara would act on its own if the zone, planned jointly with the United States in Syria’s northeast, bears no results.

“Through making east of Euphrates a safe place, and depending on the depth of this safe zone, we can resettle 2-3 million displaced Syrians currently living in our country and Europe,” he said.

“We want to see strong support from European countries, both on the issues of Idlib and the region east of Euphrates. We are full for words, and we expect action,” Erdogan added.

Turkey hosts 3.6 million Syrian refugees. Its troops are also stationed in Syria’s northwest Idlib region, where a Russian-backed government offensive has pushed north in recent months, raising the prospect of a new wave of refugees.

“If we cannot establish peace in Idlib swiftly, we will be unable to shoulder the burden of four million Syrians living in that region,” Erdogan added.

Next week, Erdogan and Trump will discuss plans to establish what Turkey describes as a safe zone along 450 km (280 miles) of Syrian border stretching east from the Euphrates river to the Iraq border, a region controlled mainly by US-backed Syrian Kurdish YPG fighters.

The YPG has been a main US ally in the fight against Islamic State in Syria. US support for the fighters has infuriated Turkey and strained ties with Washington.

“We will initiate our own plans in two weeks if no results come from the work with United States on the formation of a safe zone,” Erdogan said.