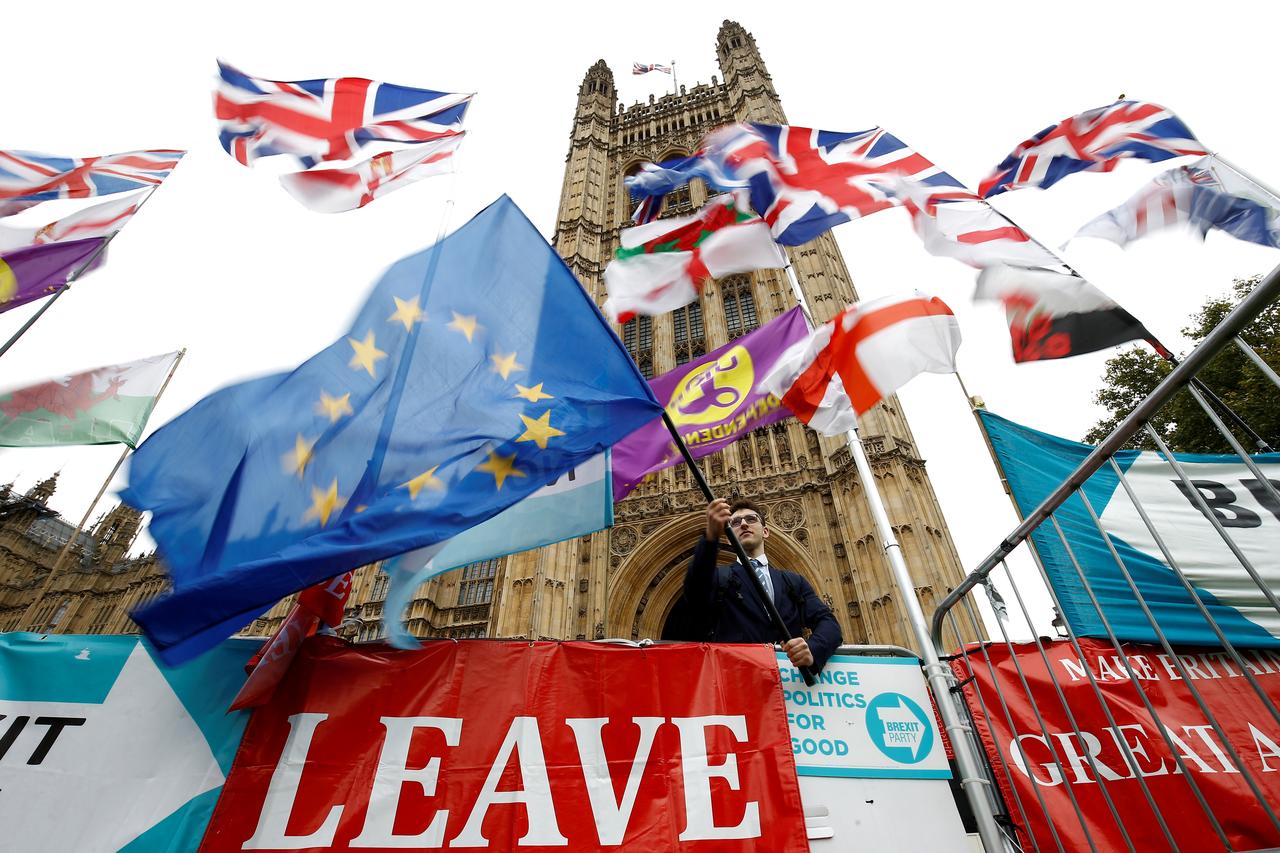 BRUSSELS (Reuters) – The 27 European Union countries that will remain after Brexit hope to agree on Monday to delay Britain’s divorce until Jan.31 with an earlier departure possible should the factious UK parliament ratify their separation deal, sources said.

British Prime Minister Boris Johnson last week reluctantly requested the three-month delay until the end of January, 2020, after the parliament’s lower House of Commons refused to swiftly approve a new Brexit deal he had agreed with the bloc.

Any postponement to Brexit can only be granted unanimously by the 27 and French objections have so far prevented a decision as Johnson spars with lawmakers over calling an early election.

Diplomatic sources told Reuters the bloc’s 27 EU ambassadors would meet at 0900 GMT on Monday in Brussels to agree on the three-month delay from the current Brexit date of Oct. 31.

The latest plan envisages that Britain could also be out on Dec.1 or Jan.1 should the parliament ratify the agreement in November or December, respectively, according to diplomats who deal with Brexit in the EU hub, Brussels.

The bloc will state that the extension, the third granted so Britain can sort out its departure, will not be used to renegotiate the divorce treaty again and that London should not impede other essential work by the EU on projects from budgets to climate policies.

Should all the ambassadors agree, there will be a short period — less than 24 hours and possibly as little as several hours — during which national capitals could still object. If no issues are raised, the decision will take effect.

If Britain is still in the EU after Oct. 31, the bloc will ask London to name a candidate for the new executive European Commission, added the sources, who spoke on condition of anonymity. A new Commission, comprising one representative from every member state, is due to take over on Dec. 1.

More than three years after Britain voted to quit the EU, the country and its parliament remain divided over how, when and even whether to leave, and the matter has triggered a spiraling political crisis in the country.

For the EU, the unprecedented loss of a member is a historic setback. But the 27 are also deeply frustrated with the intractable divorce, which is sapping time, energy and political capital that should otherwise be spent on jump-starting economies and tackling security and other challenges.

Stop holding UK 'hostage', government says as it steps up pressure on parliament