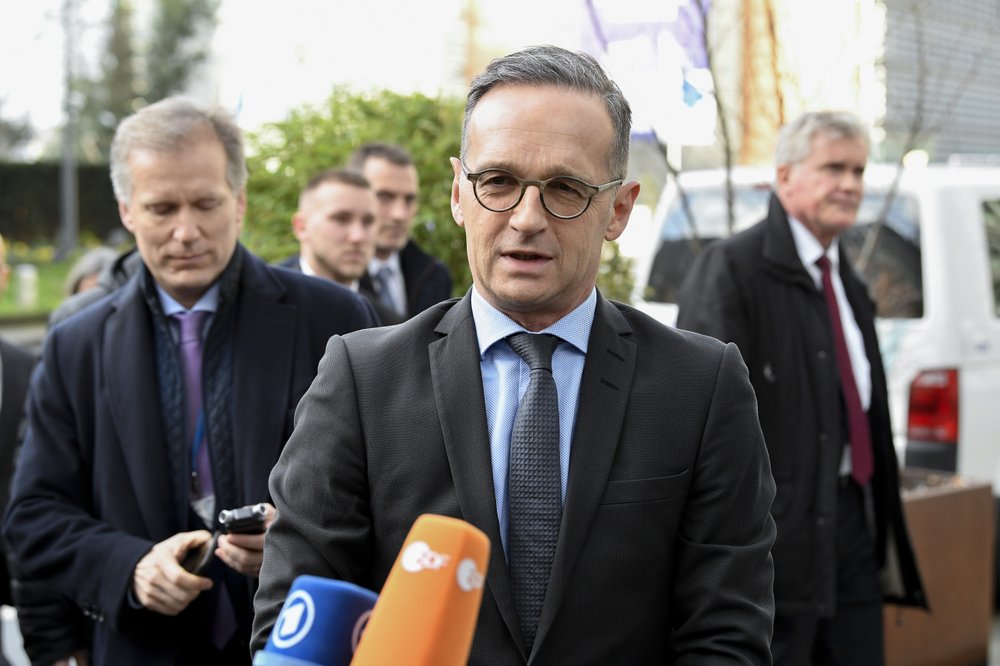 After postponing a trip to Tripoli over safety concerns, the ministers and EU foreign policy chief Josep Borrell held talks in Brussels to call for a ceasefire as Libya’s internationally recognized government struggled to fend off a military offensive on its power base in the capital.

“Continuing outside interference is fueling the crisis,” the ministers and Borrell said in their joint statement released after the meeting.

In remarks to reporters, Borrell said: “It is obvious that this made a reference to the Turkish decision to intervene with their troops in Libya, which is something that we reject.”

Turkey is nominally a candidate to join the EU, though accession talks have long stalled due to disagreements over human rights, Cyprus and other issues.

The EU talks were to have taken place in Libya but the Tripoli government asked for them to be postponed, according to two EU diplomats.

Europe and the United States face being sidelined in Libya by Turkey and Russia, which are taking a bigger role in the conflict there. Libya has been in turmoil since veteran ruler Muammar Gadhafi’s fall due to an uprising in 2011.

Turkey supports the Tripoli-based Government of National Accord (GNA), while Russia backs eastern-based commander Khalifa Haftar, whose forces hold much of the country’s east and south including its second city Benghazi. They are making a renewed attempt to take Tripoli.

“There is a proxy war under way. All interferences have to stop. There are countries that interfere with a civil war, turning it into a proxy war,” Italy’s Foreign Minister Luigi Di Maio told reporters in Brussels before traveling to Turkey to meet his Turkish counterpart Cavusoglu.

The EU had hoped to send a diplomatic mission to Libya to train Libyan officials and build up institutions in support of the GNA, but that has been deemed too dangerous for now, diplomats said.

Di Maio, along with the Egyptian, French, Greek and Cypriot foreign ministers, are due to discuss their next steps in Cairo on Wednesday, the same day that Erdogan and Russian President Vladimir Putin are to inaugurate a natural gas pipeline running between their countries via the Black Sea.

Reporting by Robin Emmott; Additional reporting by Aidan Lewis in Cairo and Marine Strauss and Francesco Guarascio in Brussels; Editing by Mark Heinrich and Gareth Jones