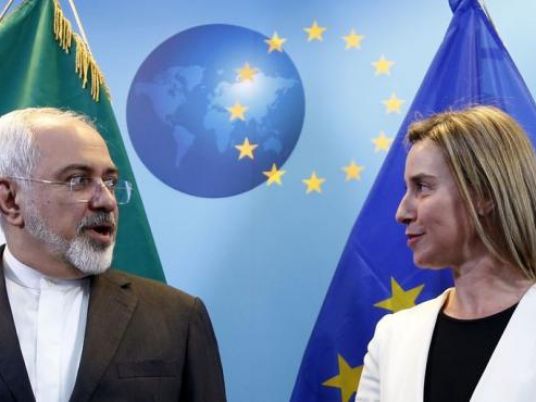 PARIS/BERLIN (Reuters) – France, Germany and Britain have set up a European mechanism for non-dollar trade with Iran to avert US sanctions, although diplomats acknowledged it is unlikely to yield big commercial transactions Tehran says it needs to keep a nuclear deal afloat.

Washington’s major European allies opposed last year’s decision by President Donald Trump to abandon the 2015 deal, under which international sanctions on Iran were lifted in return for Tehran accepting curbs on its nuclear program.

Iran has threatened to pull out of the deal unless the European powers make it possible for it to receive economic benefits. The Europeans have promised to help companies do business with Iran as long as it abides by the deal.

Washington says that although Iran complied with the terms of the deal, the accord was too generous, failing to rein in Iran’s missile program or curb its regional meddling. European countries share some of Washington’s concerns but say abandoning the nuclear deal would not help address them.

New US sanctions have largely succeeded in persuading European companies to abandon plans to invest in Iran.

The new European trade vehicle was conceived as a way to help match Iranian oil and gas exports against purchases of EU goods. However, those ambitions appear to have been toned down, with diplomats saying it could realistically be used only for smaller trade permitted by the Trump administration, for example of humanitarian products or food.

“It won’t change things dramatically, but it’s an important political message to Iran to show that we are determined to save the JCPOA (Iran deal) and also the United States to show we defend our interests despite their extraterritorial sanctions,” one European diplomat said.

Rob Malley, a former Middle East director at the US National Security Council under President Barack Obama and now at the International Crisis Group think tank, said that although the economic impact would be modest there was hope the political symbolism could help persuade Tehran to stick to the deal.

The EU has already spent months preparing the system and it is unlikely to become operational for several more months.

The Instrument In Support Of Trade Exchanges, or INSTEX, is registered in France and will be headed by German banker Per Fischer, a former Commerzbank director. The three European powers are shareholders and hope other states will join later, although a senior German official said this was not imminent.

The US embassy in Germany said on Thursday it was seeking additional details about the mechanism, but did not expect it to affect its effort to apply maximum economic pressure on Tehran.

“As the president has made clear, entities that continue to engage in sanctionable activity involving Iran risk severe consequences that could include losing access to the US financial system and the ability to do business with the United States or US companies,” a spokesman for the embassy said.

Despite European efforts to preserve the nuclear deal, relations between Tehran and the EU have worsened. The EU this month imposed its first sanctions on Iran since the 2015 nuclear pact in reaction to Iran’s ballistic missile tests and assassination plots on European soil.

In a symbolic move, the EU added two Iranian individuals and an Iranian intelligence unit to the bloc’s terrorist list.

EU member states are also finalizing a joint statement on Iran to outline concerns about Tehran’s regional policies and ballistic missile program, but also to show their desire to maintain the accord, which also includes Russia and China.

The three main European powers are also assessing whether to push for new sanctions on Iran over its ballistic missile program, diplomats have told Reuters.

“What’s important is to show our American colleagues that we’re going in the same direction on a whole range of issues like ballistic missiles, or the regional influence of Iran, even if on the nuclear agreement we have a divergence of opinion,” Belgian Foreign Minister Didier Reynders told reporters on Thursday ahead of an informal ministerial meeting in Bucharest.

“I hope we will be able to find a solution for this vehicle, but at the end of the day, it’s companies who will decide if they want to continue working in Iran or not… knowing the risk of American sanctions.”

Trump warns Europeans not to try to evade Iran sanctions