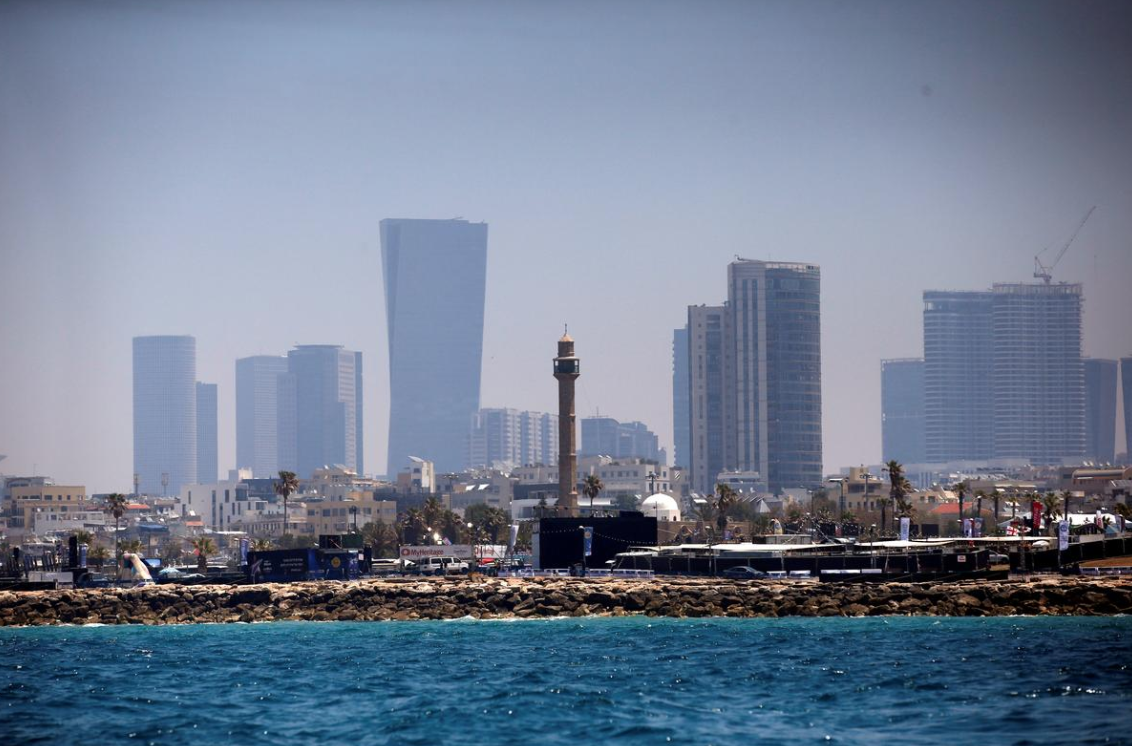 TEL AVIV (Reuters) – The Eurovision Song Contest has found few fans in a famous mosque in the Israeli host city, where worshippers have complained that the gaudy festivities are disrupting their observances of the Muslim holy month of Ramadan.

A “Eurovision Village” pavilion set up on the Tel Aviv beachfront to host parties is located directly opposite the century-old Hassan Bek mosque, named after an Ottoman governor and frequented by Israeli Arabs from nearby Jaffa.

The 41-country songfest has been a focus of pro-Palestinian boycott calls, and some Muslims fasting daily as part of Ramadan resent the carousing of scantily clad Eurovision enthusiasts.

“It (pavilion) is in the wrong place because it is close to the mosque,” said worshiper Sa’d Abu Zakariya.

“When we pray inside there is no feeling of solemnity because of the sound … We stand here and we can hear the noisy songs.”

Mohammad al-Akra, a Palestinian laborer from the occupied West Bank who prays at Hassan Bek, said “the Jews” were throwing parties “where people drink alcohol and everything.”

“Because of the noise we close the windows and doors,” said Abed al-Kareem Mohammad, another worshiper.

Tel Aviv city hall had no immediate comment. The Eurovision Song Contest kicked off on Tuesday and ends on Saturday.

In the West Bank city of Bethlehem, a small group of Palestinian protesters came out against the contest.

“Israel is using Eurovision to distract attention from the crime of the Nakba,” one demonstrator’s placard read, using the Arabic term for the “Catastrophe” when hundreds of thousands of Palestinians fled or were displaced in violence that led to war between the new Jewish state and its Arab neighbors in 1948.

May 15 is traditionally the day Palestinians mark the “Nakba.”

FILE PHOTO: The minaret of the Hassan Bek Mosque is seen behind the Eurovision Village, an area for fans of the 2019 Eurovision Song Contest, as seen from the Mediterranean Sea off the coast of Tel Aviv, Israel May 12, 2019. REUTERS/Ronen Zvulun/File Photo