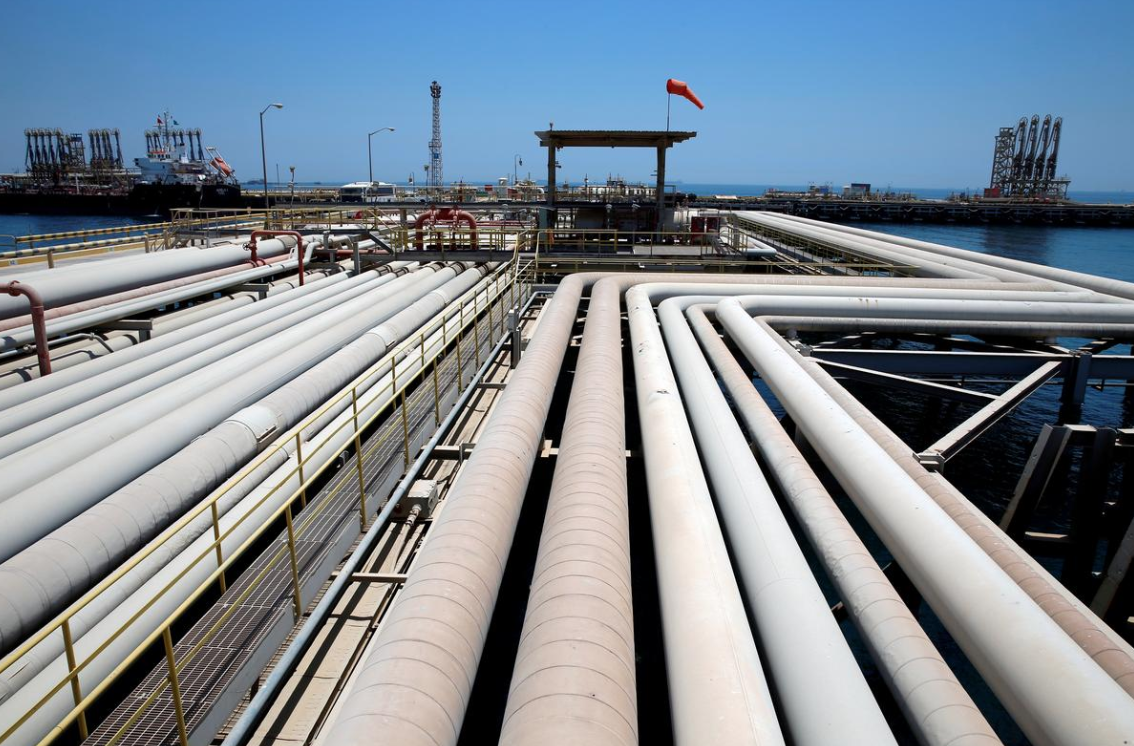 LONDON/DUBAI (Reuters) – Saudi Arabia is threatening to sell its oil in currencies other than the dollar if Washington passes a bill exposing OPEC members to U.S. antitrust lawsuits, three sources familiar with Saudi energy policy said.

The chances of the U.S. bill known as NOPEC coming into force are slim and Saudi Arabia would be unlikely to follow through, but the fact Riyadh is considering such a drastic step is a sign of the kingdom’s annoyance about potential U.S. legal challenges to OPEC.

In the unlikely event Riyadh were to ditch the dollar, it would undermine the its status as the world’s main reserve currency, reduce Washington’s clout in global trade and weaken its ability to enforce sanctions on nation states.

“The Saudis know they have the dollar as the nuclear option,” one of the sources familiar with the matter said.

“The Saudis say: let the Americans pass NOPEC and it would be the U.S. economy that would fall apart,” another source said.

Saudi Arabia’s energy ministry did not respond to a request for comment.

A U.S. state department official said: “as a general matter, we don’t comment on pending legislation.”

The U.S. Energy Department did not respond to a request for comment. Energy Secretary Rick Perry has said that NOPEC could lead to unintended consequences.

NOPEC, or the No Oil Producing and Exporting Cartels Act, was first introduced in 2000 and aims to remove sovereign immunity from U.S. antitrust law, paving the way for OPEC states to be sued for curbing output in a bid to raise oil prices.

While the bill has never made it into law despite numerous attempts, the legislation has gained momentum since U.S. President Donald Trump came to office. Trump said he backed NOPEC in a book published in 2011 before he was elected, though he not has not voiced support for NOPEC as president.

Trump has instead stressed the importance of U.S-Saudi relations, including sales of U.S. military equipment, even after the killing of journalist Jamal Khashoggi last year.

A move by Saudi Arabia to ditch the dollar would resonate well with big non-OPEC oil producers such as Russia as well as major consumers China and the European Union, which have been calling for moves to diversify global trade away from the dollar to dilute U.S. influence over the world economy.

Russia, which is subject to U.S. sanctions, has tried to sell oil in euros and China’s yuan but the proportion of its sales in those currencies is not significant.

Venezuela and Iran, which are also under U.S. sanctions, sell most of their oil in other currencies but they have done little to challenge the dollar’s hegemony in the oil market.

However, if a long-standing U.S. ally such as Saudi Arabia joined the club of non-dollar oil sellers it would be a far more significant move likely to gain traction within the industry.

Saudi Arabia controls a 10th of global oil production, roughly on par with its main rivals – the United States and Russia. Its oil firm Saudi Aramco holds the crown of the world’s biggest oil exporter with sales of $356 billion last year.

Depending on prices, oil is estimated to represent 2 percent to 3 percent of global gross domestic product. At the current price of $70 per barrel, the annual value of global oil output is $2.5 trillion.

Not all of those oil volumes are traded in the U.S. currency but at least 60 percent is traded via tankers and international pipelines with the majority of those deals done in dollars.

Trading in derivatives such as oil futures and options is mainly dollar denominated. The top two global energy exchanges, ICE and CME, traded a billion lots of oil derivatives in 2018 with a nominal value of about $5 trillion.

Just the prospect of NOPEC has already had implications for the Organization of Petroleum Exporting Countries. Qatar, one of the core Gulf OPEC members, quit the group in December because of the risk NOPEC could harm its U.S. expansion plans.

Two sources said that despite raising the dollar threat, Saudi Arabia did not believe it would need to follow through.

“I don’t think the NOPEC bill will pass but the Saudis have ‘what if’ scenarios,” one of the sources said.

In the event of such a drastic Saudi move, the impact would take some time to play out given the industry’s decades-old practices built around the U.S. dollar – from lending to exchange clearing.

Other potential threats raised in Saudi discussions about retaliation against NOPEC included liquidating the kingdom’s holdings in the United States, the sources said.

The kingdom has nearly $1 trillion invested in the United States and holds some $160 billion in U.S. Treasuries.

If it did carry out its threat, Riyadh would also have to ditch the Saudi riyal’s peg to the dollar, which has been exchanged at a fixed rate since 1986, the sources said.

The United States, the world’s largest oil consumer, relied heavily on Saudi and OPEC supplies for decades – while supporting Riyadh militarily against its arch-foe Iran.

But soaring shale oil production at home has made Washington less dependant on OPEC, allowing it to be more forceful in the way it deals with Saudi Arabia and other Middle Eastern nations.

Over the past year, Trump has regularly called on OPEC to pump more oil to lower global oil prices, and linked his demands to political support for Riyadh – something previous U.S. administrations have refrained from doing, at least publicly.

Reporting by Dmitry Zhdannikov and Alex Lawler in London and Rania El Gamal in Dubai; additional reporting by Timothy Gardner in Washington; editing by David Clarke

Prices of octane 95 petrol in Egypt remains LE7.75 per liter