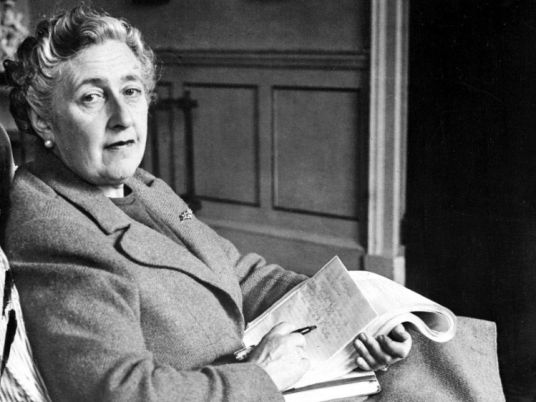 Agatha Christie fans have descended on her hometown of Torquay on the English Riviera for the 125th anniversary of the murder master's birth on Tuesday as the crime novel enjoys a global revival.

Simplicity is the key to her enduring popularity, said Christie's only grandson Mathew Prichard, who has been the chief custodian of her work since the queen of crime fiction died in 1976.
"My grandmother wrote books to entertain people," he said. "She liked the thought of them enjoying them if maybe they're in hospital or on a long train journey. I think this was the beginning of it all."
A century on the novels continue to sell by the millions and Torquay, a genteel Devon seaside resort, is hoping to harness their universal popularity — even though the novels have little in common with today's thrillers.
Christie's works hark back to a bygone era in the first half of the 20th century when murder most foul was often committed with old-fashioned poisons.
John Curran, an expert on the novels and author of "Agatha Christie's Secret Notebooks", said the books can be devoured by children and academics with the same pleasure.
A learned mix of amateurs and specialists attended a series of lectures and conferences in Torquay aiming at dissecting the novelist's work and life.
Delegates engrossed themselves in Christie's intimate world, exchanging views over tea, dinners with white tablecloths and butlers, or in flower gardens that could have come straight from her stories.
All that was missing was the customary corpse.
'Picture-postcard nostalgia'
Around 100 events have been organized and thousands of people from the world over are attending, said Pam Beddard, head of communications for the festival.
At one event, expert Kathryn Harkup will describe the poisons used by Christie, and why it was the author's favourite method of killing off her characters.
"Because of her background as trainee at a dispensery she knew a lot about lots and lots of different potions," said Harkup, a chemist and author of "A is for Arsenic", a study of Christie's poisons.
French writer and editor Anne Martinetti will look at the recipes and dishes that appear in the novels, which often feature marmalade, scones and pies.
Curran will explain how home-schooled Christie's storytelling evolved over the course of five decades.
"This woman who never went to school is the biggest selling and most translated writer of all time," said Curran.
Christie wrote no fewer than 80 books, which are continually adapted for the cinema and television."In the UK, every night there is an Agatha Christie somewhere on some channel. That of course is a factor in her continuing popularity," he added.
TV dramas featuring the moustachioed Belgian detective Hercule Poirot or the wise spinster Miss Marple have brought Christie to a new generation.
With their dinner parties, operas, and trips on the Orient Express, the adaptations offer a glimpse of a picture-postcard world of English high society, a world that continues to delight Christie fans worldwide.