For years Karachi’s walls have been spattered with the bloodstains of murder victims and scrawled with graffiti touting everything from sectarian hatred to quack cures for erectile dysfunction.

Now a group of artists and volunteers are reclaiming the walls by painting them with cheerful designs aimed at bringing some happiness and pride back to an often violent, chaotic, and corrupt city.

Karachi, Pakistan’s economic capital and biggest metropolis, has been swamped in recent years by a wave of extortion, murder and kidnapping – for religious, criminal, ethnic and political reasons.

Those behind the new project, called Reimaging The Walls Of Karachi, hope that by taking art to the streets they can bring a more positive outlook for its 20 million inhabitants.

“We are working together and taking back the city by reclaiming the walls which are filled with hate graffiti,” artist Norayya Shaikh Nabi says while drawing an abstract of the city on a wall along a busy road.

Above, the city’s architecture gets a stylised treatment on this stretch of wall. Below, a group of artists and volunteers put the finishing touches on a marine-inspired mural.

Norayya, an art teacher at the Indus Valley School of Art and Architecture, is one of 200 artists, artisans, and labourers taking part in the project. With help from the city authorities to get the permission they need, they aim to repaint walls in 1,600 different places – from warehouses to schools to flyovers and underpasses.

The scheme is being run by I Am Karachi, a charity working for the cultural, social, and literary uplift of the city, backed by funds from the US Agency for International Development. Pakistan boasts some talented young artists, but public art is rare.

Munawar Ali Syed, who is leading the team of artists, says it has been a pleasure to take their work beyond the elite circles of galleries and graduate shows.

“It’s important for society to remain involved with art and music, but unfortunately such things are waning from our culture,” Munawar says. “In my 17-year art practice in the galleries, I have enjoyed working here the most, as I am directly communicating with my viewers.”

Under Munawar’s watchful eye, a team of artists use stencils to create images of boys flying kites, donkey cart races, and other images of rural life. Elsewhere, flamboyant, brightly-coloured paintings of peacocks and elephants have not only radically changed the feel of Karachi but have also drawn foreigners, who usually move with extreme caution around what is a volatile city.

Above, Adila Suleman (wearing sunglasses), one of the wall painting project leaders, instructs her team of painters as they work on a wall. Below, Nooryya (right) working on a wall with her teenage daughter, Gaiti Ara.

Aside from daily murders, Karachi was hit by two major terror attacks in just over a year. A Taliban attack on the airport left 38 people dead in June 2014, and in May this year gunmen slaughtered 45 minority Shiite Muslims on a bus. It was the first attack in Pakistan to be claimed by the Islamic State (or ISIS) group.

The art project’s coordinator, Adeela Suleman, says she is delighted the work has brought a “less hostile” look into the streets.

Schoolchildren have also been made part of the project, in the hope of shifting a sense of ownership of the city and its appearance on to the younger generations.

“We included younger people so they can carry this work on further,” says Norayya, as she works with her teenage daughter on a wall. “When they grow up they will feel that they are comfortable in sort of working for the city – this is like planting a seed within the next generation.”

The artists hope the project will subtly change people’s behaviour after years of violence, softening them a little. “I believe that this will yield good results in the long term,” Munawar says. “When you see positive things around you, your behaviour becomes positive, and a big change comes along in one’s life.” – AFP

Street art is a good reason as any to whip out the cameraphone for a quick as these men are doing in front of a mural depicting Pakistan’s national flag. 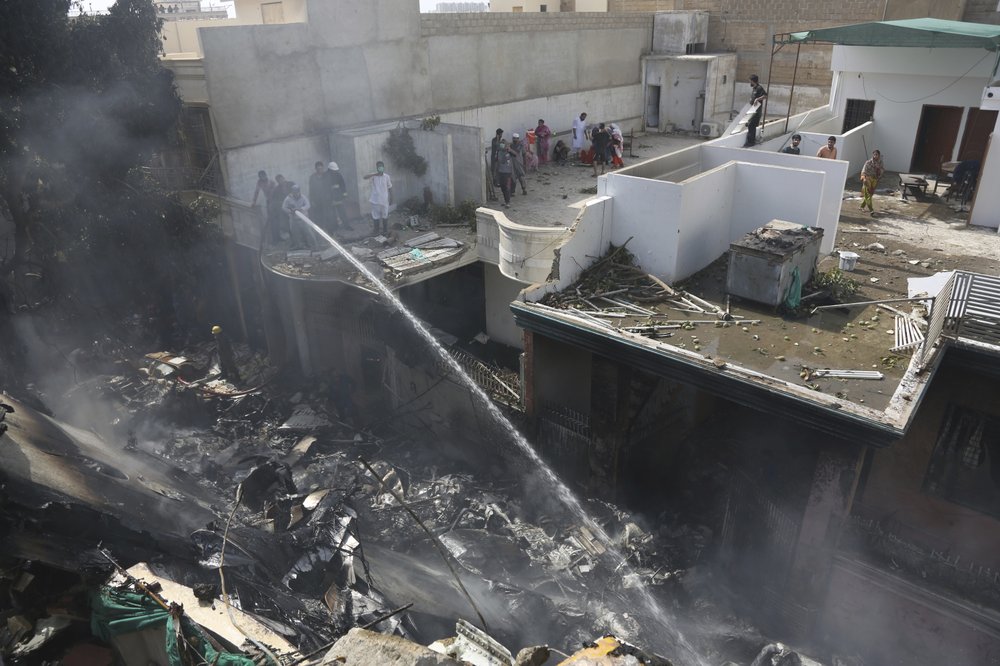 Pakistan plane with 107 on board crashes near Karachi 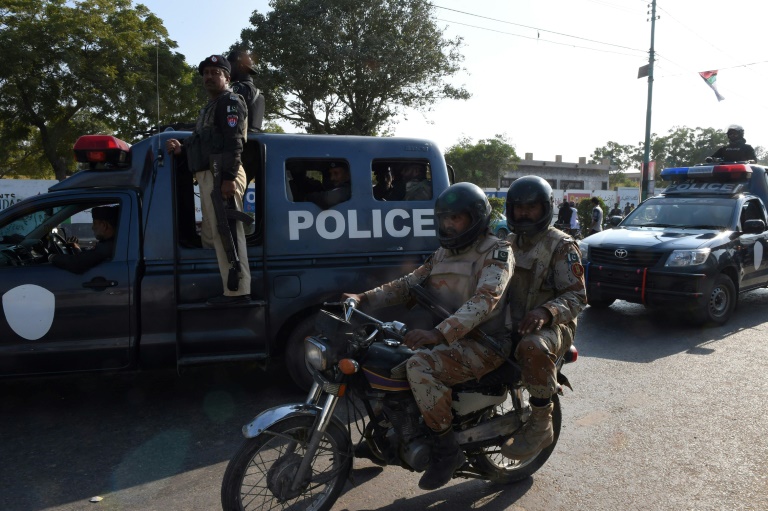