Community sporting clubs are a deeply entrenched pillar of the city of Cairo. Sporting, hunting, yacht and soccer-based clubs are scattered around suburbs and communities throughout the greater city. The largest and oldest of these clubs are the Gezira Sporting Club, the Maadi Club, the Heliopolis Club and the Shooting (Seid) Club in Mohandiseen. These clubs stand out as community gathering places and incubators for young, talented athletes. The four cater to the middle and upper-middle classes of Cairo, providing a haven from the chaos of the city.

Over the next four weeks, we take a closer look at these four clubs — their histories, their communities and their political and social functions. 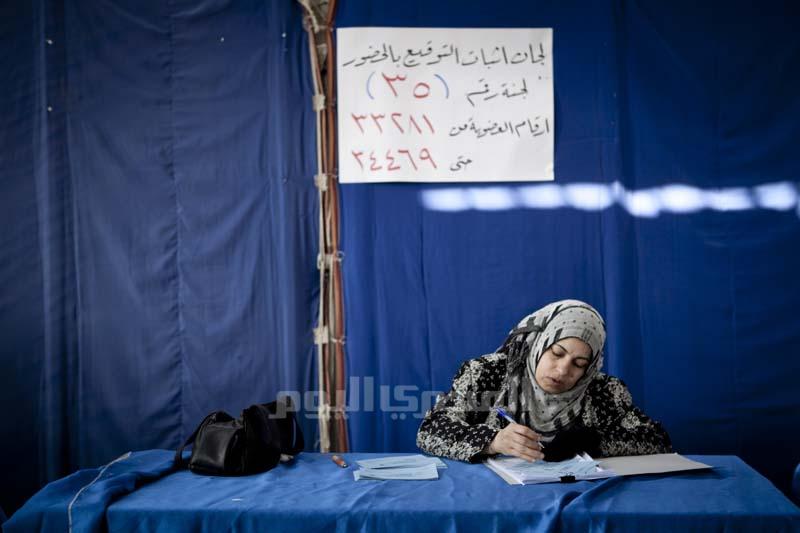 It was early Friday, 2 March when members started to pour into the Gezira Sporting Club to select their 26th president and new board members. The electoral process seemed to run smoothly.

While candidates’ supporters were scattered everywhere, wearing T-shirts emblazoned with the nominees’ names and distributing fliers of their candidate numbers, members were torn between the already-known candidates and new faces who threw their hats into the ring. 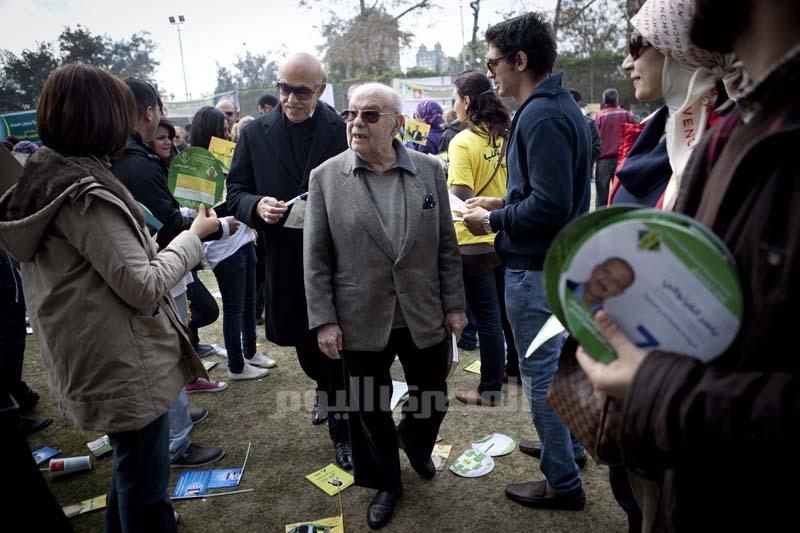 However, there was a general sense of enthusiasm in the air, with high expectations of overcoming the rift that ended the now-dissolved board and returning back to the club's old, graceful days. 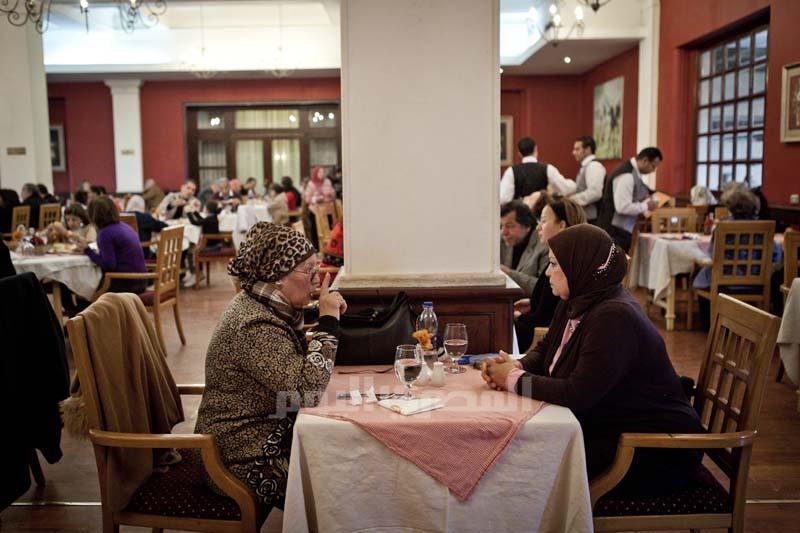 Founded in 1882, Egypt’s biggest outdoor attraction was originally called the Khedivial Sporting Club, as its 150 acres were carved from the royal Khedivial Botanical Gardens.

The club’s membership was limited to high-ranking British military officers and foreign aristocrats, comprising around 750 members at the time.

Since then, the number of members has grown to reach 43,000 families, according to Sayed Hassen, the club’s administrative worker. A lifetime membership costs LE180,000 per person, a price that was allegedly offered at US$5 when the club first opened its doors. 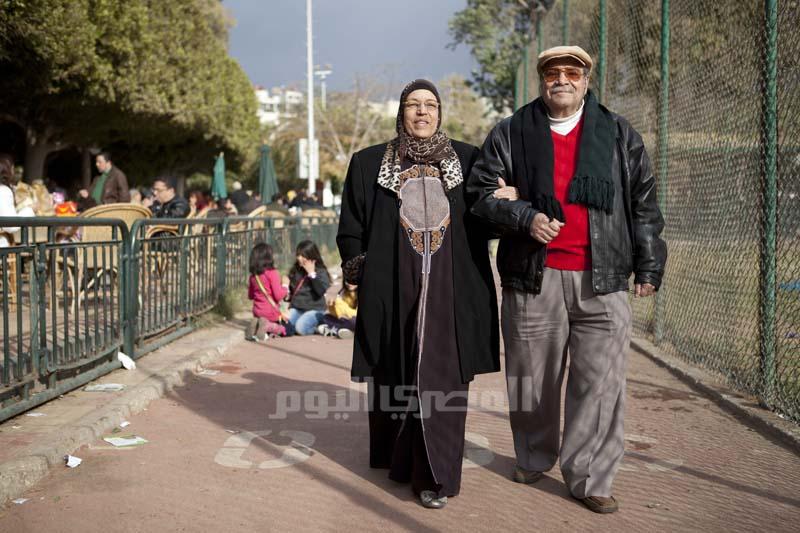 The British could not keep their hands off the club until the political unrest that took place leading up to the 23 July revolution.

In January 1952, the club was nationalized, forcing both the British president and vice president to resign. The first elected board of Egyptian pashas and beys took office the next month. 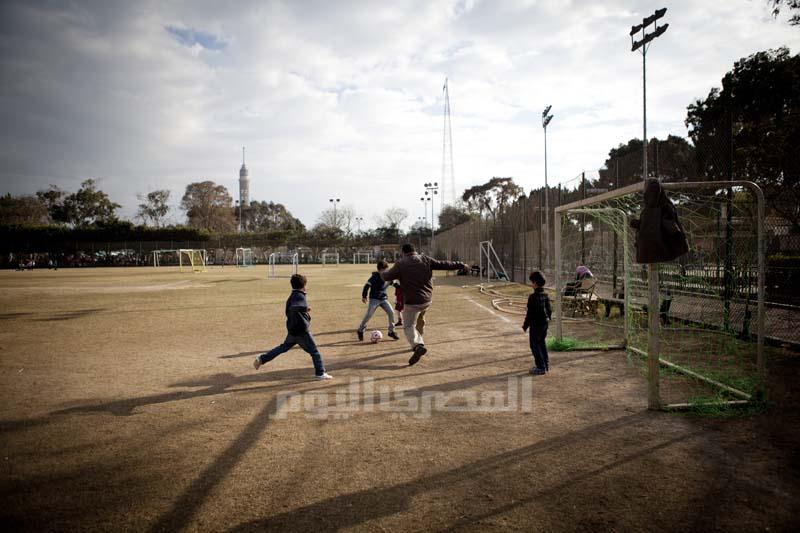 "The club was originally designed to offer sporting services only. But after being nationalized, it became a public social club as well," Hassen explained. "Some of the club’s vast golf areas were given over to the Gezira Youth Center for [less privileged people] under the rule of late President Gamal Abdel Nasser." 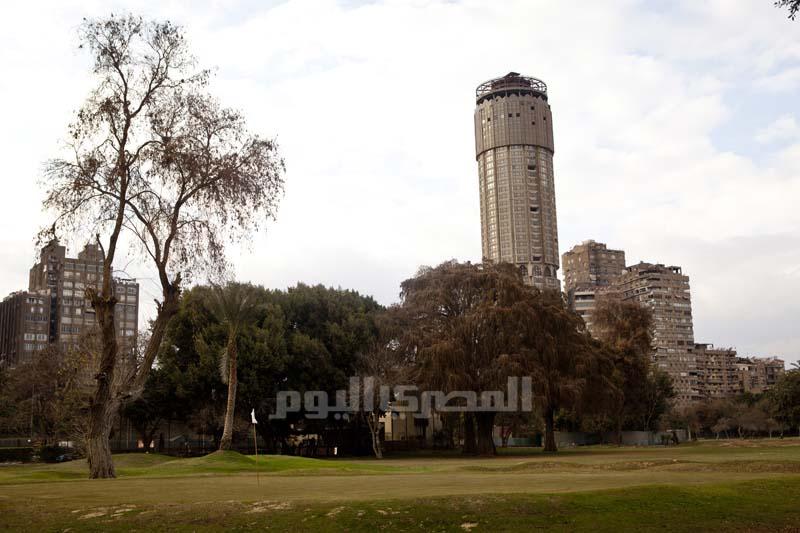 The British allocated most of the club's natural landscape to golf, which was known as the game of royalty in its early history. According to the Gezira Sporting Club, after centuries, Gezira is still the only club in Egypt that offers professional golf courses.

Some other sports, such as cricket and polo, disappeared from the local sports scene after the British evacuation. 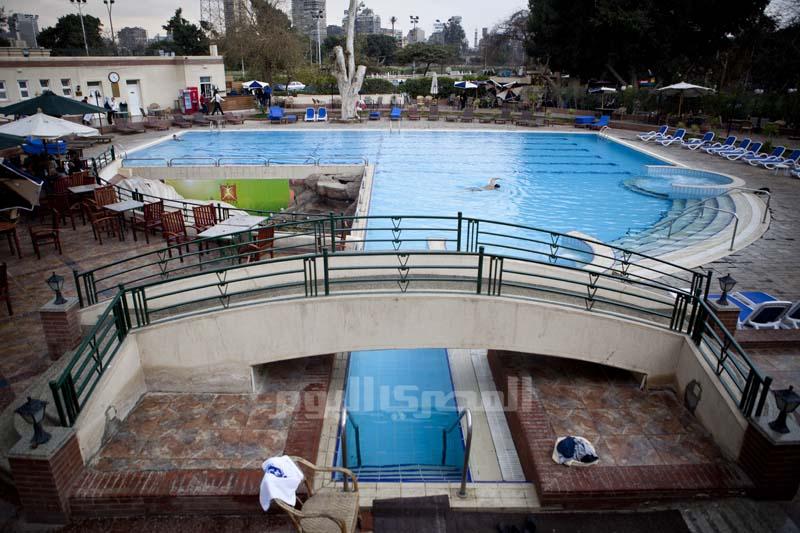 The exclusive, sophisticated character of the club, however, is still preserved in the semi-colonial architectural style of the buildings, especially the Lido.

The Lido’s establishment date, 1935, is engraved on its facade, with two verandas on either side; it faces the small, green square of the club. This is the meeting place for members of the club's old generation, where they chitchat, read, crack jokes and play dominoes.

One of the building’s spaces — previously known as "the red corner" and now as "the men’s room" — once featured a bar serving alcohol during the seventies, until it was banned from most clubs by the Supreme Council of Sports, said Ahmed Shabka, a 67-year-old member. He pointed to the room behind him, while enjoying coffee and sun with two of his friends on the right-side porch of the iconic building. 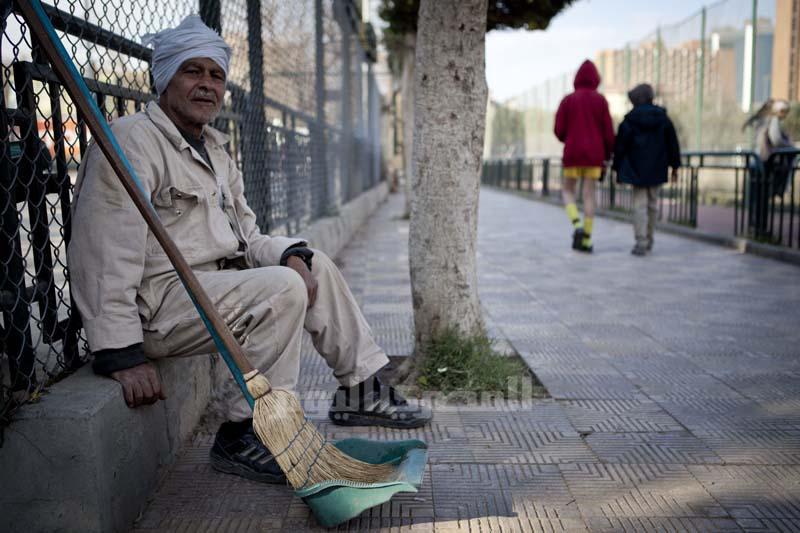 Another symbol of British influence that still makes a mark to this day is the dogs' cemetery. A gravestone is placed on every grave, displaying the name of dog and birth and death dates. Though the cemetery still exists behind the cultural center, burial is no longer allowed. 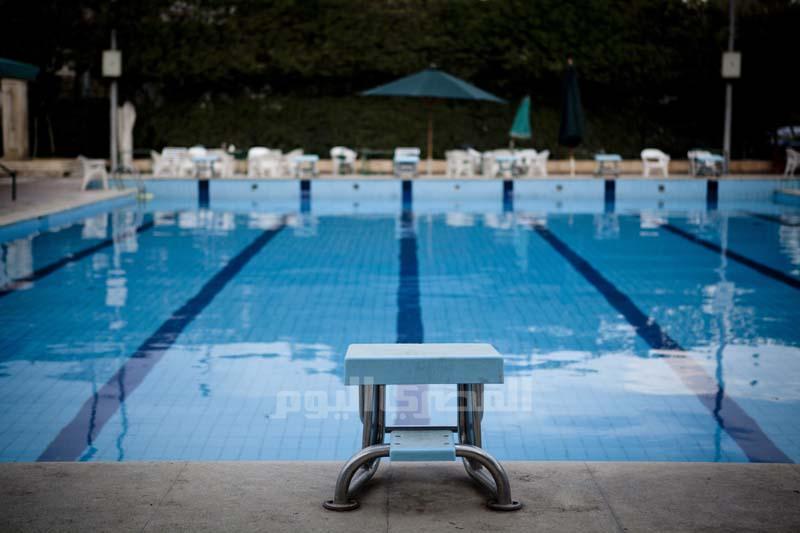 Besides the recently renovated pool associated with the Lido building, the club has a complex of swimming pools named after the late Abdel Latif Abu Heif, a club member who was called the world's best swimmer of the 20th century. 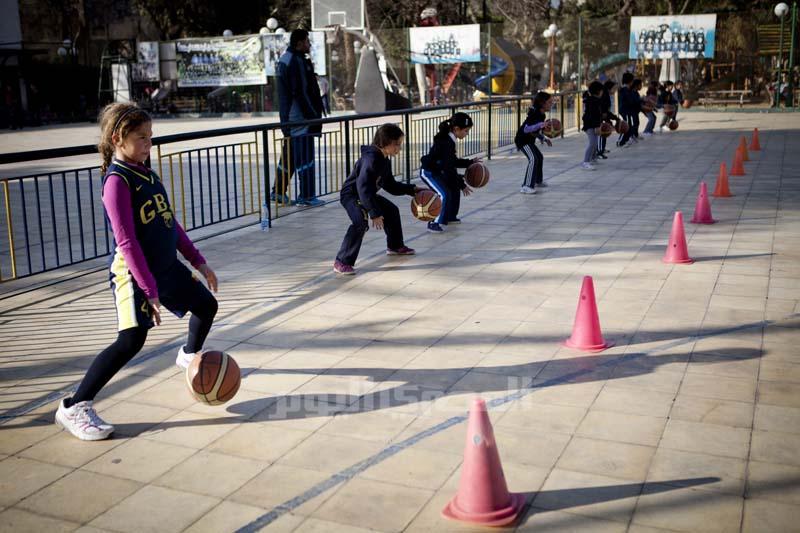 "Gezira’s water polo and basketball teams won both Egypt’s National and Cup finals for several consecutive years along with the Arab championship," said Farid, adding that three judo, athletics and gymnastics athletes have qualified for the 2012 Olympic Games in London. 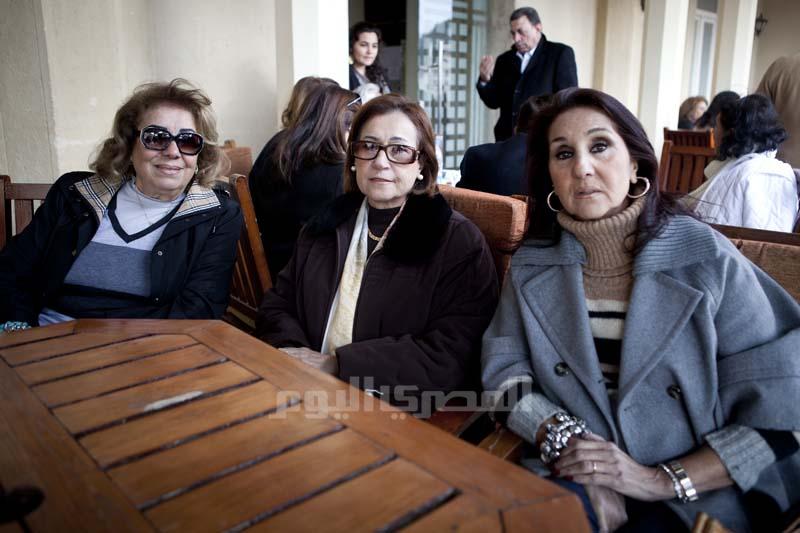 Since Gezira has become a social club, sports are not the only attraction. Women gather at the club for afternoon chats with friends, and children gather in the afternoon and evenings after school or sports practice. On weekends, families come to Gezira for lunch and to use the playground facilities. 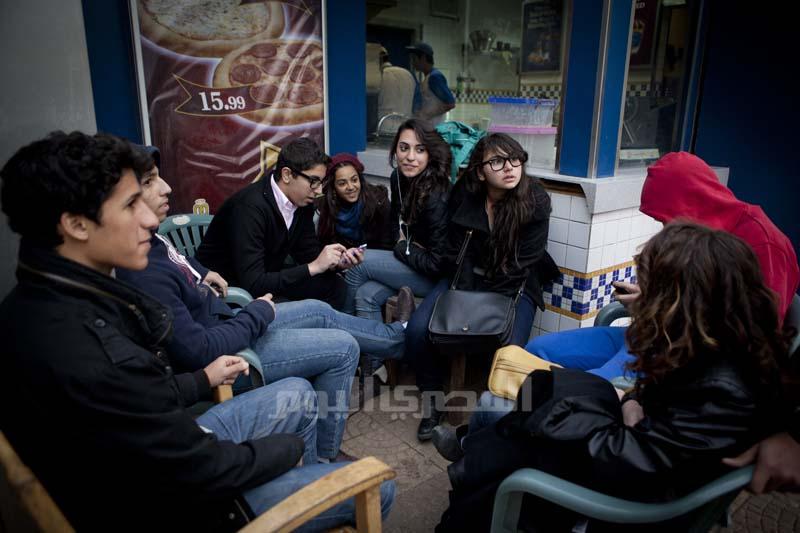 "All through school, the Gezira club was our main social gathering spot," said Ingy Samir, 28. "I had school friends but my closest friends were from the club, whether or not we went to school together."

"The club has become a gathering place for a community that grew up together," said Mohamed Hassan, 31, a member since birth. "During the protests in February 2011, we would come to the Gezira club to discuss Tahrir and make sure everyone was okay." 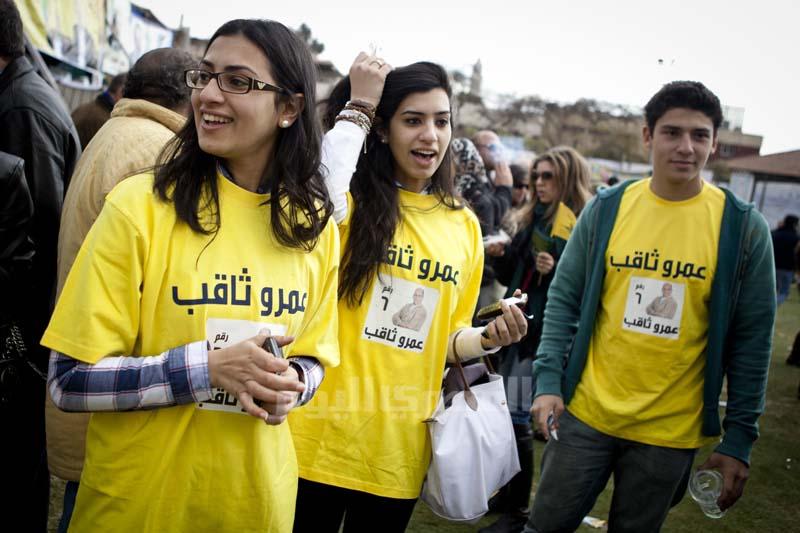 With a new president, Yasser al-Farnawany, and board members taking office a few weeks ago, the club's future is still vague for some.

Many club members are as immersed in the country's politics as they are in the club's. "The current situation of the club is as unfortunate as our country's," said Randa al-Sharnoby, a 45-year-old member.

"We cannot predict what will happen until we give a good chance to the new board to prove they deserve the trust we have given them."