Fourteen citizens were injured in two accidents due to heavy mist on Tuesday on the desert road in Beheira governorate. The road was closed until visibility cleared, Al-Ahram news website reported.

According to investigations, a microbus carrying farmers hit a pick-up truck because of the heavy mist, injuring ten passengers from both vehicles.

The injured were transferred to Wadi al-Natroun Hospital and legal measures were taken regarding the two incidents.

According to a report by Egypt’s Central Agency for Public Mobilization and Statistics (CAPMAS) for 2017, road accidents that year resulted in 3,747 deaths, 13,998 injuries, and 17,201 damaged vehicles.

The report claims that the leading cause of road accidents is the human factor at 78.9 percent of total cases, followed by vehicle defects at 14 percent, and environmental causes, such as road conditions, at two percent.

In another report, CAPMAS mentioned that collisions had declined by 24.2 percent in the first half of 2018. 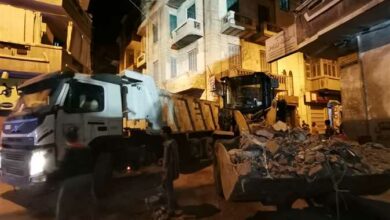