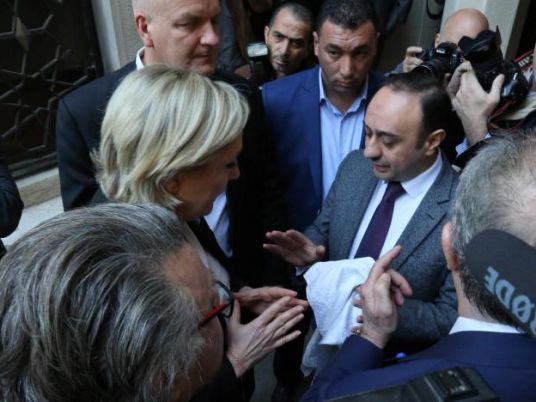 French far-right National Front presidential candidate Marine Le Pen canceled a meeting on Tuesday with Lebanon's grand mufti, its top cleric for Sunni Muslims, after refusing to wear a headscarf for the encounter.

Le Pen, among the frontrunners for the presidency, is using a two-day visit to Lebanon to bolster her foreign policy credentials nine weeks from the April 23 first round, and may be partly targeting potential Franco-Lebanese votes.

After meeting Christian President Michel Aoun – her first public handshake with a head of state – and Sunni Prime Minister Saad al-Hariri on Monday, she had been scheduled to meet the Grand Mufti Sheikh Abdul Latif Derian

He heads the Dar al-Fatwa, the top religious authority for Sunni Muslims in the multireligious country.

"I met the grand mufti of Al-Azhar," she told reporters, referring to a visit in 2015 to Cairo's 1,000-year-old center of Islamic learning. "The highest Sunni authority didn't have this requirement, but it doesn't matter.

"You can pass on my respects to the grand mufti, but I will not cover myself up," she said. 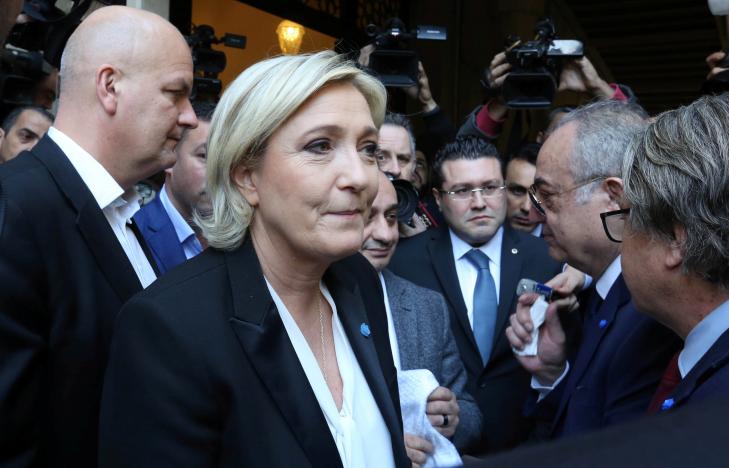 "You can pass on my respects to the Grand Mufti, but I will not cover myself up," Le Pen told reporters.

The cleric's press office said Le Pen's aides had been informed beforehand that a headscarf was required for the meeting and had been "surprised by her refusal".

But it was no surprise in the French political context.

French law bans headscarves in the public service and for high school pupils, in the name of church-state separation and equal rights for women. Le Pen wants to extend this ban to all public places, a measure that would affect Muslims most of all.

Buoyed by the election of President Donald Trump in the United States and by Britain's vote to leave the European Union, Le Pen's anti-immigration, anti-EU National Front (FN) hopes for similar populist momentum in France.

Like Trump, she has said radical Islamism must be faced head on, although she has toned down her party's rhetoric to attract more mainstream support and possibly even woo some Muslim voters disillusioned with France's traditional parties.

After meeting Hariri on Monday, Le Pen went against current French policy in Syria by describing President Bashar al-Assad as the "only viable solution" for preventing Islamic State from taking power in Syria.

Lebanon has some 1.5 million Syrian refugees.

"I explained clearly that … Bashar al-Assad was obviously today a much more reassuring solution for France than Islamic State would be if it came to power in Syria," she told reporters.

Hariri, whose family has close links to conservative former French President Jacques Chirac and still has a home in France, issued a strongly-worded statement after their meeting.

"The most serious error would be to link Islam and Muslims on the one hand and terrorism on the other," Hariri said.

"The Lebanese and Arabs, like most of the world, considers that France is the home of human rights and the republican state makes no distinction between citizens on ethnic, religious or class grounds."