Although the Nile is generally praised as the country’s lifeblood, many people actually rely on its irrigation canals. But when the water started to dry up over the summer, they became a toxic mess, threatening the livelihoods of those who need them.

These canals, strategically put in place decades ago to broaden fertile land — particularly around greater Cairo — are as vital for many Egyptians as the river itself.

“They are our extension of the Nile, and have provided opportunities for millions of Egyptians and farmers to maintain their livelihood further from the Nile,” says Azmy Salama, an Abu Sir resident.

Abu Sir, southwest of greater Cairo, and Abul Menagga, which sits in the northeast, are two locales out of many that have built entire communities around these irrigation canals.

But, over the years, poor waste management facilities and resources throughout greater Cairo have led many local residents to resort to throwing their garbage into these canals. The flowing canal water would, to some degree, push the garbage along, creating a temporary, though environmentally unsustainable and toxic, waste management system.

However, this summer, residents who live near and off of these canals found themselves in a disastrous predicament.

A series of water cuts throughout the summer, combined with extreme heat and dryness, resulted in the canals being largely transformed into toxic garbage dumps with little to no water able to pass through.

Even when water returned after lengthy cuts, it was almost completely blocked, and whatever water managed to trickle through was putrid.

Residents — many of whom already live in squalid conditions — began to fall ill, and crops started becoing deformed, dying and deteriorating.

About 3,000 feddans of crops died during the summer, residents say.

Despite continued pleas from residents to their respective municipalities and ministries, they say they have received no active response, partly due to an admitted lack of resources by the governing bodies.

But about a month ago, through a combination of desperation and communal pride, local residents, activists and organizations decided to take matters into their own hands and clean the canals themselves. The timing was crucial — new crop rotation seasons were nearing at the end of the summer, and farmers needed to plant and sufficiently water their new crops to ensure financial security for the coming season.

“The ministries complained that they didn’t have the resources to address this, so we said ‘Fine, we’ll get the resources,’” says Ghoneim.

In Abu Sir, NGOs such as Nawaya, as well as a collective loosely called Shabab Abu Sir (Abu Sir Youth), got together to raise money to battle the issue.

They quickly raised about LE40,000 through donations and fundraisers, and were able to hire the trucks, cranes and pumps required to clear out the canals.

“We worked for almost a month straight and everyone began joining in,” says Ghoneim, who is loosely considered the head of the canal cleaning project for Shabab Abu Sir. “Even those who were too old to help out came and stood there in support.”

Over a month, residents say they removed about 4,500 tons of waste from the canal, and transported it to a nearby garbage dump, a few kilometers into the Saqqara desert. They used water pumps to help get the water flowing again.

A similar scenario also took place throughout many greater Cairo areas that rely on canal irrigation, such as Abul Menagga, which has a massive canal.

“Residents were suffering from blocked and toxic canals, and the government was basically just saying there was nothing they could do,” says Sherine Abdu, the events manager at Hayah Academy school, who offered to head an initiative to clean out the canals of Abul Menagga.

Abdu says that after hearing about these concerns, she received a list of crucial things that the ministry lacked the resources to attend to, such as canal clearing in Abul Menagga. Abdu then began to organize walkathons and bazaars, in cooperation with local residents, to raise money.

She says they also raised about LE40,000 — separately, without knowledge of the Abu Sir initiative — to be dedicated to the cleaning project.

Ironically, both the residents of Abu Sir and Abul Menagga claim that once they started doing things themselves, the Irrigation Ministry and municipalities jumped on the issue, using the money raised to take over the respective projects and help out.

“It just goes to show that if there’s a will and motivation, then there’s always a solution or a way,” said Laura Tabet of Nawaya. “Once they saw how quickly we could raise money and address the issue instead of ignoring it, they quickly wanted to jump in and appear involved and concerned, even though we had been complaining for years and they had been doing nothing.”

Khaled al-Hindawy, the Irrigation Ministry official responsible for the Abu Sir canals, told Egypt Independent that “the ministry has always cleaned and purified the canals and maintained their quality for years, without exception … it is an essential part of our job.”

However, after explaining that this reporter had personally seen the canals blocked and filled with garbage for months and offered to share photos, he conceded, “Sometimes, the processes and procedures take time to implement.”

Ghoneim also claims that at the beginning of the cleanup initiative in Abu Sir, there was even resistance from governing bodies preventing them from taking the garbage to the respective dumps, because they didn’t have the right permits to access the dumping premises themselves.

Nonetheless, residents and activists continue to be dismayed by the responses and neglect their canals receive from both the municipalities and the ministries.

“People who live along the canals are Cairo’s forgotten,” says Ghoneim. “We can’t rely on them for anything, so we now have to take care of matters ourselves, which we’ve proven we can do.”

However, Sarah al-Sayed, also a member of Nawaya, adds that it is difficult to rely on governing bodies for issues such as canal cleaning, as it requires constant communication and cooperation between governing bodies, institutions and residents, which is something the country in general is still struggling to achieve.

Tabet, also dismayed with governmental inaction, says governing bodies must take a more active role in preventing these problems from occurring in the first place, rather than responding to news articles and endless complaints.

But unfortunately, despite the massive communal cleanup initiatives, the canals are now beginning to slowly fill up with garbage once again — generally because there still are no comprehensive waste management facilities in these areas.

To counter this, residents, activists and NGOs are now in the process of creating more awareness among locals, as well as fighting to try and provide alternative solutions for residents to dispose of their garbage.

“People need to be able to draw links between dumping garbage in the canal and getting sick or bad crops, but they also desperately need alternatives to throw away their garbage,” says Ghoneim. “We already have a couple of alternatives, but they require each resident to pay about LE7 a month, which honestly is too expensive for many in these areas, particularly those who lost their crops this summer, but we are working on it.”

On a more optimistic note, in terms of finances and resources, a recent June 2012 project proposal by the World Bank — with which Egypt recently signed a $200 million loan in August — states that canal cleaning and protection is of considerable priority, as it creates jobs and promotes economic growth through agriculture.

“Whether or not this really means funds will be allocated properly and will contribute to cleaning and maintaining the canals is yet to be seen,” says Ghoneim.

How to build earthbag buildings 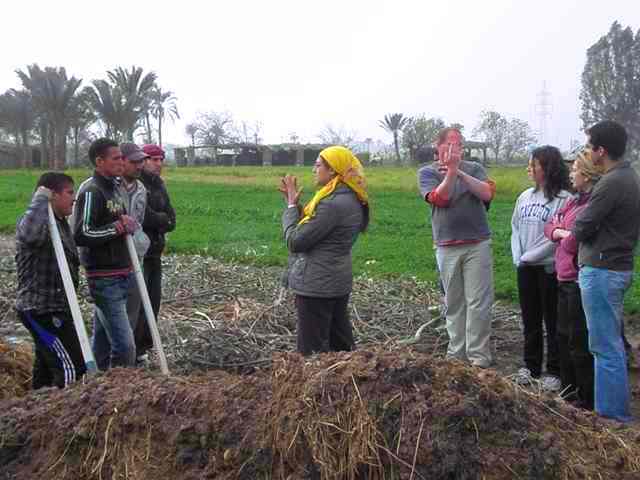 Green initiatives of the year 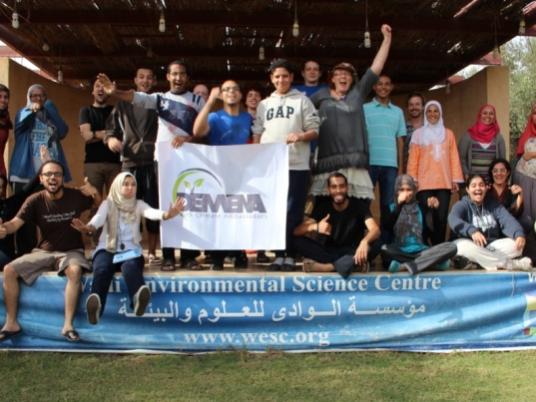 From double-decker buses to gardening, Green Innovation Cup a forum for ideas 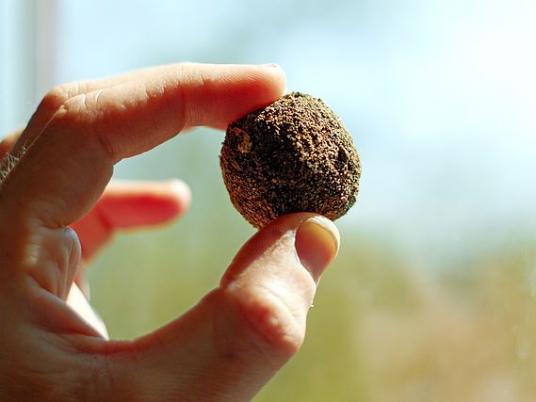