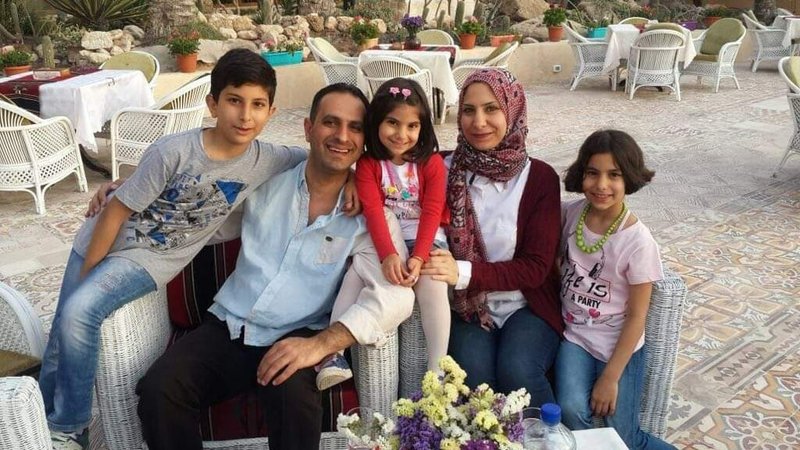 JERUSALEM (AP) — For the last four months, Ahmed al-Kurdi, his wife and three children have been stranded in Jordan, where they traveled from their home in the Gaza Strip for life-saving medical treatment for his 2-year-old daughter.

At a time when the coronavirus pandemic has led to border closures and travel restrictions, they find themselves stuck, not because of quarantine measures, but because of a dispute between Israel and the Palestinian Authority.

They need an Israeli permit to return to Gaza through the occupied West Bank and Israel, which would normally be facilitated by the PA’s civil affairs division. But the Palestinians officially cut off all ties with Israel in May to protest its plans to annex parts of the West Bank, making it even more complicated to get permission to travel.

The Palestinians had hoped to pressure Israel by forcing it to assume more of the burden of its half-century occupation of the territory. Instead, the decision has mainly hurt ordinary Palestinians, underscoring the control Israel exerts over nearly every facet of their lives.

Al-Kurd and his wife, who left Gaza with their children last December, have been on unpaid leave, relying on relatives to pay rent and support them in Amman, Jordan’s capital, where prices are much higher than in Gaza. They are among dozens of families who left Gaza for health or other reasons and cannot return.

They applied for a permit through the Palestinian Embassy in Amman but were told it is no longer in contact with Israel.

“It’s very hard, not just for us but for the other Gazans in Jordan who want to go back and can’t,” he said. “This is a humanitarian situation. The political situation shouldn’t enter into it.”

Gaza has been under an Israeli-Egyptian blockade since the Islamic militant group Hamas seized power from Palestinian security forces in 2007. Israel, which considers Hamas a terrorist group, allows Gazans to travel for humanitarian reasons, but requires them to coordinate requests through the Western-backed Palestinian Authority, which governs parts of the occupied West Bank.

Gisha, an Israeli group that advocates for Palestinian freedom of movement, has been able to help some families obtain permits outside the normal channels. But it says Israel is ultimately responsible for allowing Gazans to return home.

“Israel’s ongoing control over Gaza comes with legal obligations to uphold the rights of Gaza residents, including to freedom of movement,” it said in a statement. “Returning to one’s home is a fundamental human right that cannot be withheld using procedural excuses.”

The Israeli military body that oversees Palestinian civilian affairs, known as COGAT, said that under past agreements the PA must submit requests for residents to enter Israel through the established channels. COGAT said it is prepared to process such requests but has not received any from the PA since it cut off contact.

COGAT “is constantly working, together with the appropriate offices — despite the suspension of coordination by the Civil Committee, and despite the outbreak of the coronavirus — to provide the best possible response to the various humanitarian needs of the Gaza Strip residents,” it said in a statement.

In theory, Palestinians have the option of bypassing Israel altogether and entering Gaza through the Rafah crossing with Egypt. But Egypt only opens the crossing sporadically, and getting there requires flying to Cairo and then traveling overland across the northern Sinai Peninsula, where Egyptian troops are battling insurgents from an Islamic State affiliate.

The al-Kurdi family departed through Rafah after several delays in getting an exit permit from Israel, which was ultimately granted. But that was late last year, before the pandemic.

“My daughter’s condition does not allow us to travel by way of Rafah. You have to take a car from Cairo and it can take 11 hours with all the checkpoints,” al-Kurdi said. “My daughter is immunocompromised.”

The decision to cut ties with Israel has affected ordinary Palestinians in other ways.

The dispute has halted the transfer of tax and customs duties Israel collects on behalf of the Palestinian Authority, forcing it to slash the salaries of civil servants.

The boycott has also affected the registration of Palestinian births, leaving more than 30,000 babies essentially stateless.

Under agreements reached in the 1990s, during the now-moribund peace process, the Palestinian Authority issues birth certificates and passports. But these must be registered with Israel, which controls all access to the West Bank. The unregistered babies are therefore unable to travel.

Palestinian Deputy Interior Minister Yousef Harb says more than 33,000 babies have been born in the West Bank since the Palestinians cut ties on May 19, and at least six families have been unable to travel abroad for work because they can’t bring their babies with them.

“The entire world recognizes the documents issued by PA, except for Israel,” he said.

Palestinian officials say they have reached out to international organizations to facilitate travel but that Israel insists on direct coordination.

“Why on earth should we give our citizen records to Israel? The entire world recognizes us, why don’t they?” said Ahmad Majdalani, a senior Palestinian official.

The Palestinian Authority appears to be in a holding pattern, hoping a new US administration will discard President Donald Trump’s Mideast plan, which strongly favors Israel and would allow it to annex up to 30 percent of the West Bank.

In the meantime, Palestinians stranded outside the country are stuck in limbo.

Dr. Mohammed Ayesh left Gaza in the summer of 2019 to do a medical specialization in Ukraine. After he completed his course his student visa expired, but he was unable to return via Jordan because he cannot get an Israeli permit. Instead, he flew to Dubai, where he has been stranded for more than two months. He hasn’t seen his three children in more than a year.

“Their birthdays are all in the summer, in June, August and September … I missed them all,” he said. “My daughter calls me a liar. She says you promised you would return before I went back to school and you aren’t here.”

As a highly trained physician, he could find lucrative work in the United Arab Emirates, far from the crippling conditions of the Gaza blockade. But he’s homesick.

This undated 2018 photo shows Dr. Mohammed Ayesh and his family in Gaza. Ayesh is among several Gazans who are unable to return to the territory because of a dispute between Israel and the Palestinian Authority. The PA stopped coordinating travel permits with Israel when it cut off all contacts in May 2020 to protest Israel’s plans to annex up to 30 percent of the occupied West Bank. (Ayesh family via AP)