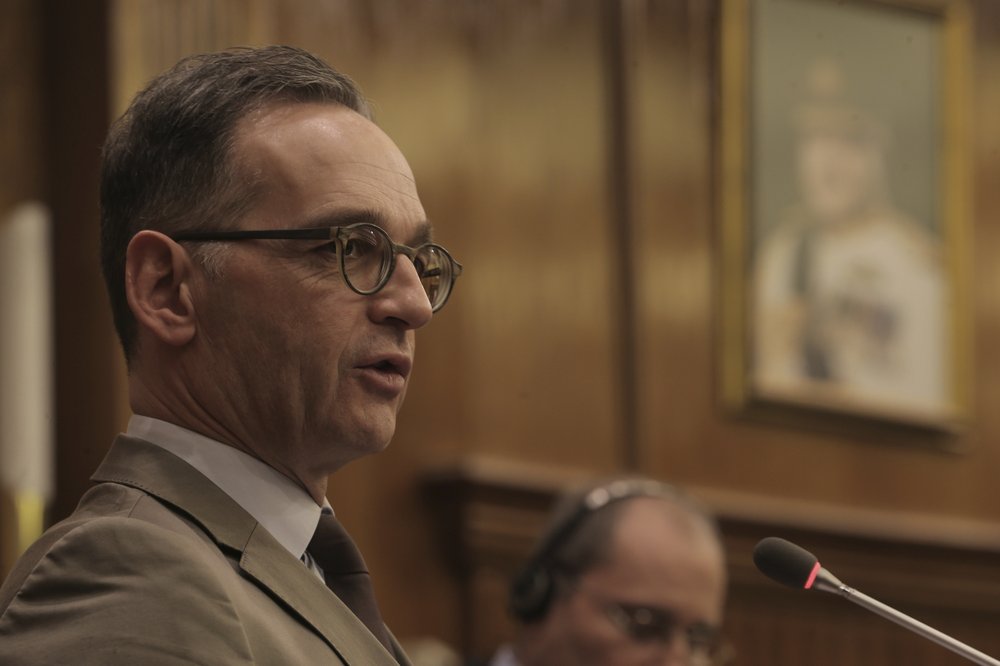 BERLIN (AP) — Germany’s foreign minister was flying to Libya on Thursday to meet one of the country’s rival leaders, Gen. Khalifa Haftar, in a bid to push forward troubled efforts to secure a cease-fire.

Germany will host a conference on Libya in Berlin on Sunday, bringing together many of the countries that have interests in the North African country’s civil war.

Foreign Minister Heiko Maas’ trip to Benghazi comes two days after Libya’s rival leaders left Moscow without reaching an agreement. Haftar’s forces have been on the offensive since April, laying siege in an effort to capture Tripoli and battling with militias aligned with the U.N.-supported government based in the Libyan capital.

Since the 2011 ouster and killing of Libya’s longtime dictator Muammar Gadhafi, the country has sunk further into chaos and turmoil and is now divided between two rival administrations, the Tripoli one in the west and the one based in the country’s east, supported by Haftar’s forces.

Russia and Turkey proposed a cease-fire last week. Prime Mniister Fayez Sarraj, the head of Libya’s U.N.-supported government, and rival Haftar went to Moscow on Monday for talks with Russian and Turkish diplomats and military officials.

Sarraj and Haftar, who didn’t meet directly, considered a draft document spelling out details of a truce proposed jointly by Russia and Turkey that began Sunday. Sarraj signed the draft before departing, while Haftar requested more time to consider it and then left Moscow without signing.

Both Sarraj and Haftar have been invited to the Berlin conference, though it isn’t yet clear whether they will come. Maas spoke to Sarraj last week and said he is meeting Haftar on behalf of the European Union’s foreign ministers.

“Our message is clear: no one can win this conflict militarily,” Maas said before leaving Berlin. “A window is now opening to free the conflict from international influence and so open the way to a political process and inter-Libyan negotiations on a post-war order” under U.N. supervision.

“I hope that the parties will take this opportunity to put the future of Libya back in Libyan hands,” Maas added. “This now requires readiness for a real cease-fire and both parties’ participation in the dialogue formats proposed by the United Nations.”