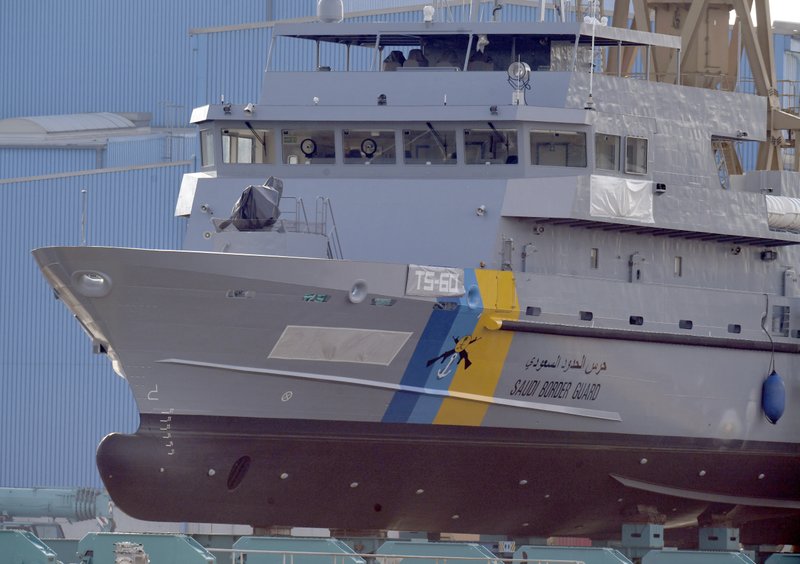 BERLIN (AP) — Germany has extended its ban on defense industry exports to Saudi Arabia for another six months, despite some calls for it to be relaxed in the wake of the recent attacks on the country’s oil production facilities.

The government said Wednesday the ban had been extended for six months until March 31, 2020, when it will again be considered.

A ban with many loopholes was initially put in place over humanitarian concerns with the war with Yemen in 2017, then tightened last year after journalist Jamal Khashoggi was killed in the Saudi Consulate in Istanbul.

An influential lawmaker in Chancellor Angela Merkel’s party suggested Monday loosening the ban to allow the export of defensive weapons, but Merkel on Tuesday said she didn’t see “any conditions for changing” German’s stance.

File photo — In this Friday, May 17, 2019 photo a training ship for Saudi Arabia’s border guard is pictured at the Peene shipyard in Wolgast, northern Germany. The German government extended the export ban on military equipment for Saudia Arabia until March 31, 2020. (Stefan Sauer/dpa via AP, file)